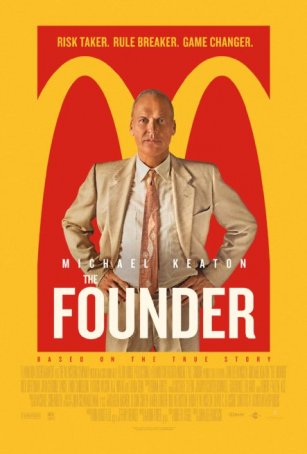 The Founder, which chronicles the takeover and elevation of McDonald’s by Ray Kroc (Michael Keaton), works both as a character study and an examination of how ambition, even when harnessed for the “greater good”, can result in innocent men with simple dreams being ground underfoot. It’s a case of the age-old struggle of commercialism against idealism that provides us with a prism through which we can look at McDonald’s both as it is today and as it was during the 1950s when it was just beginning.

Ray is a fascinating individual - a study in contrasts. Is he an amoral, driven man who will stop at nothing to build his fortune and extinguish anyone who gets in his way? Is he a workaholic who champions the working man and genuinely cares about the product he is selling? The Founder refuses to lionize or demonize the man, showing all facets of his personality - the laudable, the mundane, the detestable. Ray was a self-made man who came into his fortune through a combination of good luck, hard work, and persistence. He was a force of nature who didn’t let anyone or anything stop him - not the bill collectors, the snobs at the country club, or the two naïve brothers who entered into a partnership to franchise their innovative restaurant. 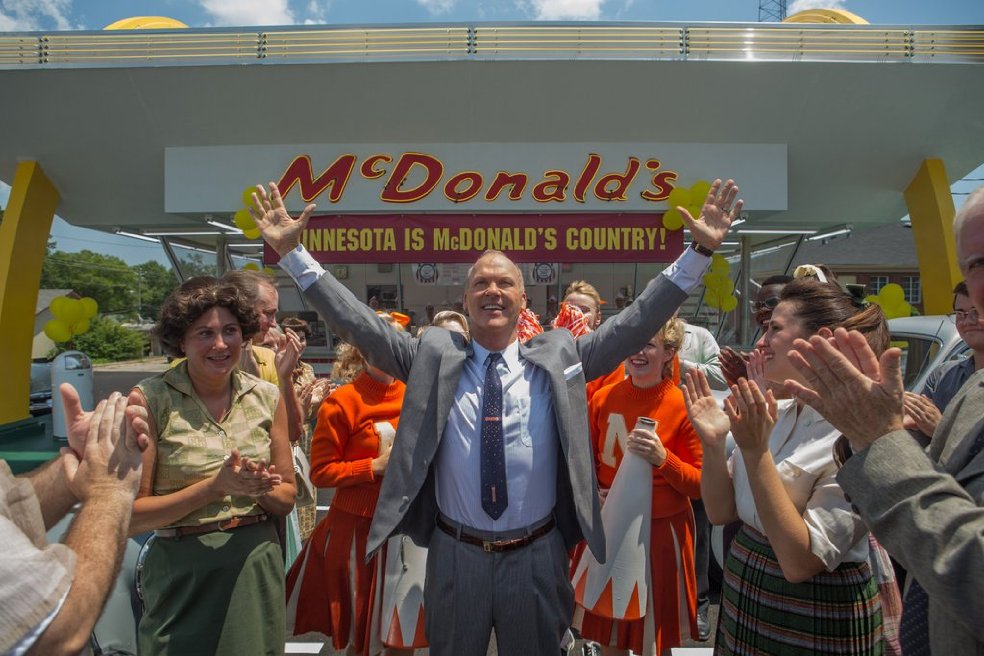 Today, no one thinks of McDonald’s as offering “good” food. It’s not even especially fast - just ask anyone who has waited for 15 minutes at the drive-through to get their lunch. But, as bad as it may be for the digestive system, it’s tasty and fills a certain craving. That’s not how McDonald’s got started. In the beginning, it was viewed as a “restaurant” and its creators cared about the quality of the hamburgers, fries, and shakes they were selling. Their goal was to offer their customers a tasty meal at a cheap price with less than 30 seconds to wait between ordering and pickup. It was a concept that revolutionized the food industry and whose reverberations are still being felt more than 60 years later.

Ray encounters the McDonald brothers, Dick (Nick Offerman) and Mac (John Carroll Lynch), in 1954 when they order eight milkshake-making machines from his foundering company. Fascinated by their need for his product, he drives to California to meet them. After Ray samples McDonald’s food (and proclaims the hamburger to be the best he has ever tasted), the brothers give him a tour of their facility and explain their philosophy. Ray is hooked and pushes for them to take him on as a partner so he can franchise their restaurants all across the country. They are reluctant but Ray is a persuasive man and he eventually convinces them to sign a contract that, despite giving him unfavorable terms, allows him to get started on a path that will eventually lead to his buying out the McDonalds and establishing himself at the top of a major multinational corporation.

The Founder, written by Turbo scribe Robert Siegel, is canny enough to introduce Ray as a relatable sort of guy. Played with exhausting earnestness by the likable Michael Keaton, he seems to fit into the mold of the undertrodden salesman who, through hard work and dogged persistence, overcomes every obstacle life throws at him.  To an extent, that’s what The Founder is about, but there’s a dark side to Ray. He tosses aside his wife, turns against his partners (eventually bilking them out of hundreds of millions of dollars), and steals the spouse of one of his investors. Ray is pure testosterone and ambition. 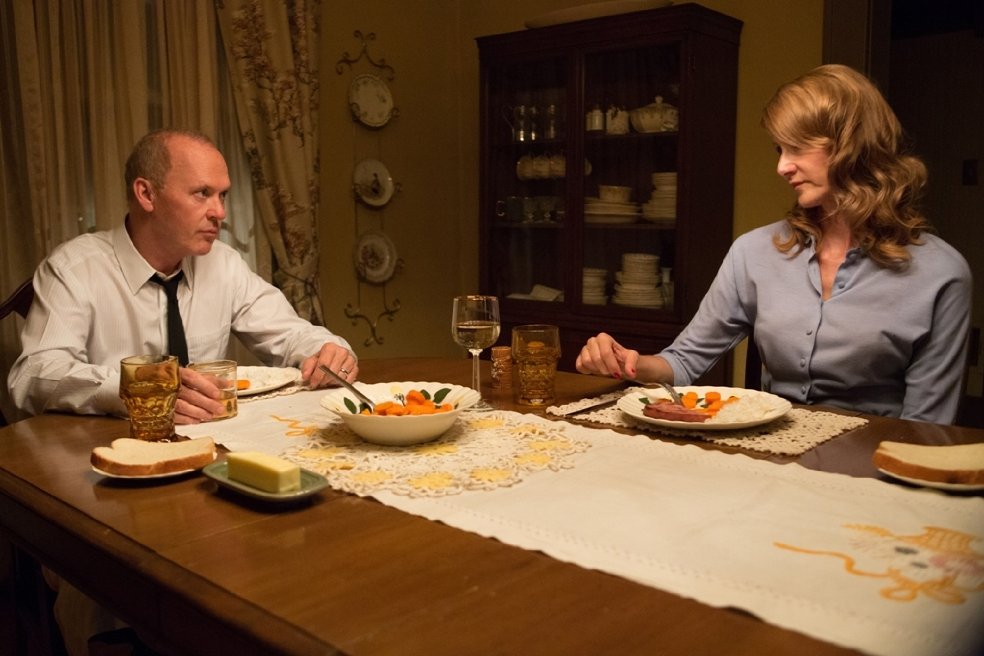 This is something of a change-of-pace for director John Lee Hancock, whose previous films, Saving Mr. Banks and The Blind Side, weren’t characterized by moral ambiguity. Hancock proves more than capable of working in The Founder’s gray areas, although he is immeasurably aided by Keaton’s bravura performance which, although not as nuanced as his character in Birdman nor as sharp as his persona in Spotlight, is the single most compelling reason to see The Founder.

Although the development (some might argue that “degeneration” might be a more accurate term) of Ray is The Founder’s centerpiece, I was equally fascinated by seeing the nascent beginnings of what has become synonymous with “soulless fast food.” The McDonald’s of the 1950s was a very different kind of place than what it is today. We see what the restaurant’s creators were striving for and what the place might have been in other circumstances. Ray was more about growing the business than nurturing it. He made a lot of people (including himself) a ton of money but the grand aspirations surrounding the early McDonald’s were lost long before Ronald McDonald was born.

The Founder was originally viewed by The Weinstein Company as a possible 2017 Oscar contender but their meek publicity surrounding the release indicates they had a change of heart along the way. One could argue that Keaton’s performance is worthy of recognition but the movie itself, although smart and engaging, falls short of the greatness one hopes for from Best Picture candidates. Nevertheless, The Founder represents two hours well-spent, especially for anyone with a fascination for complex characters or an interest in the shenanigans that transformed an unpretentious local restaurant into a global force. You probably won’t ever again think of McDonald’s in quite the same way.