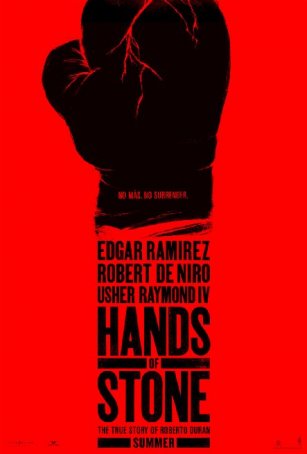 There are two kinds of boxing movies: those that are content to follow a traditional narrative chronicling the rise (and sometimes fall) of an athlete and those that try to look a little deeper. It’s the difference between Cinderella Man and Raging Bull, Rocky II and Rocky. Sadly, Hands of Stone (which could be subtitled “The Roberto Duran Story”) stakes its claim in the former province. Traditional and uninspired, it does an adequate job of relating Duran’s story but falls short of providing an engaging cinematic experience.

Part of the problem is that the movie, written and directed by Venezuelan Jonathan Jakubowicz, can’t make up its mind what it wants to be. With enough subplots and secondary stories to fill a 10-episode miniseries, Hands of Stone is unable to find its center. The decision to highlight characters other than Duran (played with ferocious intensity by Edgar Ramirez) squeezes the protagonist’s account, forcing odd gaps into the non-linear chronology. The production as a whole feels rushed and many aspects of Duran’s life - his romance with his wife, Felicidad (Ana de Armas); his bonding with his trainer, Ray Arcel (Robert DeNiro); his rivalry-turned-friendship with American champion Sugar Ray Leonard (Usher Raymond) - aren’t given sufficient screen time to breathe. Some stories benefit from condensation but this one, as envisioned, needs expansion. 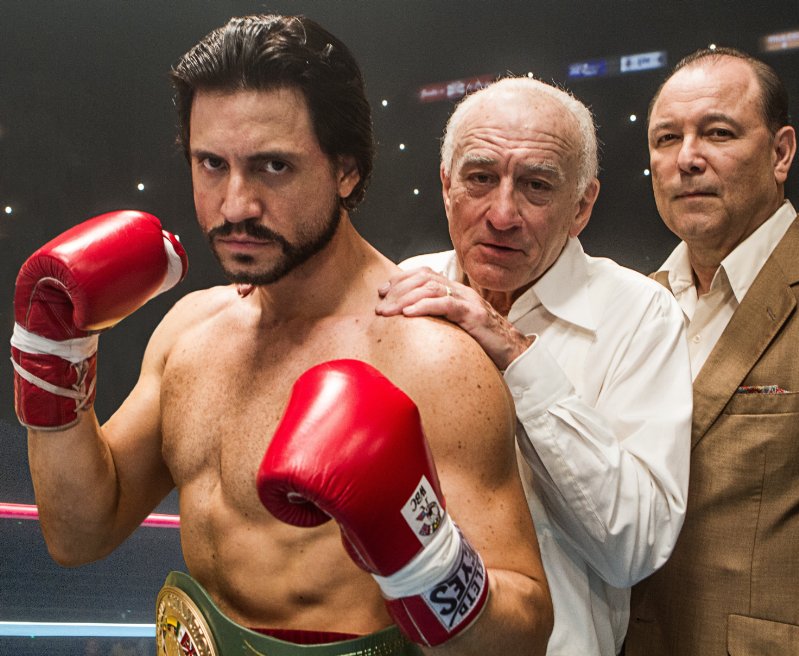 Although there’s nothing wrong with Robert DeNiro’s performance (in fact, it’s nice seeing him play it straight after enduring far too many of his “comedic” turns, which have become increasingly less amusing), his presence creates a problem. Apparently unwilling to accord his most famous actor with a limited role, Jakubowicz makes the dubious decision of expanding Arcel’s importance to the point where he has nearly as much screen time as Duran. There are scenes with him at home with his wife, Stephanie (Ellen Barkin), and his daughter, Adele (played by DeNiro’s real-life daughter, Drena). This gives us more DeNiro at the expense of narrative flow. Similarly, to provide musician-turned-actor Usher more exposure, Hands of Stone inflates Sugar Ray Leonard’s involvement.

Although Hands of Stone is essentially a recap of the early part of Duran’s career - his pre-championship bouts, his memorable fight with Leonard in June 1980, the “No Mas” Leonard rematch, and his return to the ring in 1983 - it at least tries to be a little more. Jakubowicz attempts to add a political element to the story by interweaving Duran’s ambitions with his strong anti-American beliefs. We see flashbacks of him as a boy watching protests against the U.S. “occupation” of his native Panama in the Canal region. His father, an American, is said to have abandoned him into poverty. So, when he fights Leonard for the first time, he views himself as a symbol of Panamanian strength attempting to topple American arrogance. Jakubowicz shoehorns some of this into the movie but, cramped by time constraints, it doesn’t resonate as strongly as it might have. 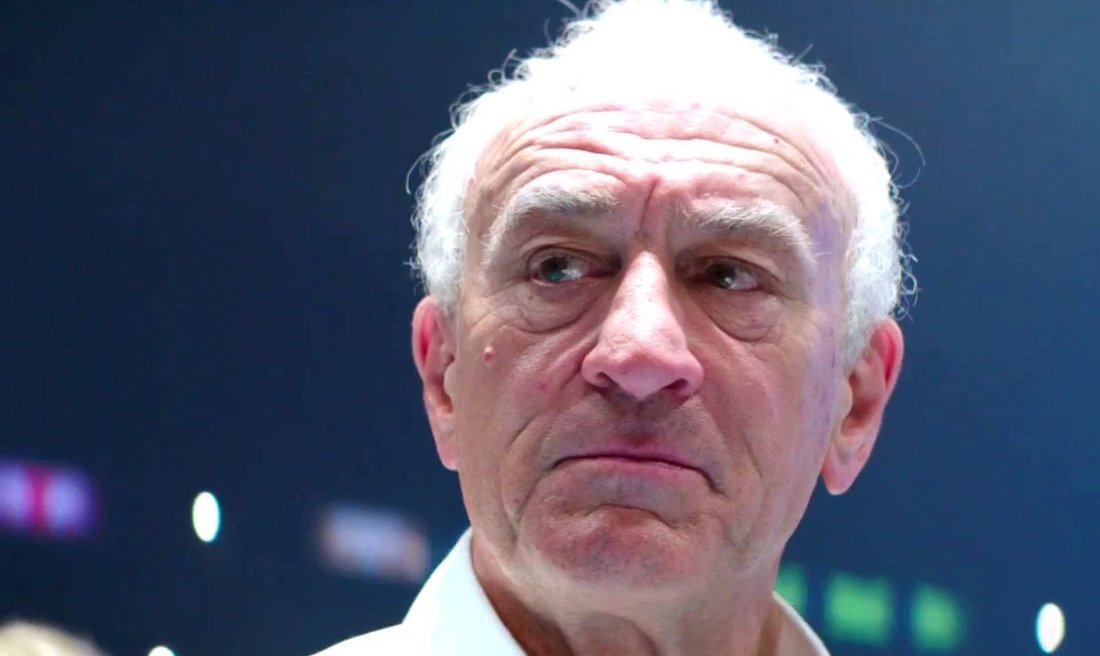 Boxing, especially in movies, is often portrayed as a purely physical activity. It’s all about training, stamina, and strength. It’s no coincidence that the most famous montage in the entire subgenre, the “Gonna Fly Now” sequence from Rocky, is about the physical preparation for a match. Hands of Stone argues that the mental aspect of the sport is of equal importance. Arcel’s favorite word is “strategy” and he hammers home his philosophy that boxing is won not by physical domination in the ring but by getting inside the opponent’s head.  Duran takes this to heart. Before his first encounter with Leonard, he goads the American into abandoning his quick, wasp-like style in favor of a more “macho” one. Leonard, belatedly recognizing his mistake, turns the tables on Duran in the rematch.

The full arc of Duran’s career would have been impossible to contain in a single film, especially considering how much trouble Hands of Stone has encapsulating approximately four years of it. The boxer continued fighting for 18 years after the movie’s end. However, this snapshot of the champion at his most dominant and controversial affords insight into the forces that shaped Duran into the public figure he became. It’s unfortunate that Jakubowicz isn’t able to provide a sharper focus for a movie that ends up with too much plot for too short a running time.