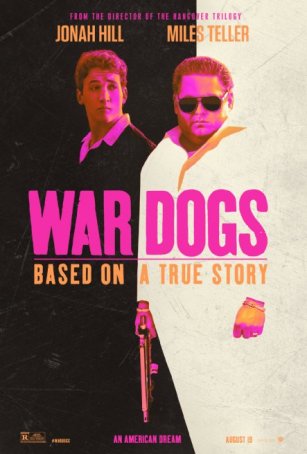 The problem with War Dogs isn’t the dark humor nor is it the cynically accurate deconstruction of military procurement and corruption. The lack of dynamism and depth in the characters is what hamstrings this production. There’s little doubt that Hangover director Todd Phillips is channeling Martin Scorsese. Although the most overt references are to Brian DePalma’s Scarface, Phillips sees Miles Teller’s David Packouz as a conflation of Goodfellas’ Henry Hill and The Wolf of Wall Street’s Jordan Belfort. However, where Scorsese was able to cultivate the contradictions inherent in the characters of Hill and Belfort, Phillips can’t achieve the same balance with Packouz. Instead of coming across as a complex mix of charisma and bile, David is inexcusably bland. His inability to anchor War Dogs makes the story less involving than it might have been, turning it into a diverting but by no means indispensable expose of the international arms black market.

The based-on-a-true-story premise is that David re-unites with his high school best friend, Efraim Diveroli (Jonah Hill), some ten years after their last meeting. In the interim, their lives have gone in different directions. Efraim is a burgeoning arms dealer and David is a message therapist. When David learns that his girlfriend, Iz (Ana de Armas), is pregnant, he needs to find a way to provide for her and their child, and this leads him to accept an offer to go into business with Efraim, whose schemes are becoming increasingly more shady, convoluted, and dangerous. After securing a major government munitions contract by striking a deal with a less-than-upstanding character (Bradley Cooper) who has all the wrong sorts of contacts, David and Efraim find themselves in over the heads. While David wrestles with his conscience and tries to find a way out, Efraim doubles down, betraying pretty much everyone in the process. 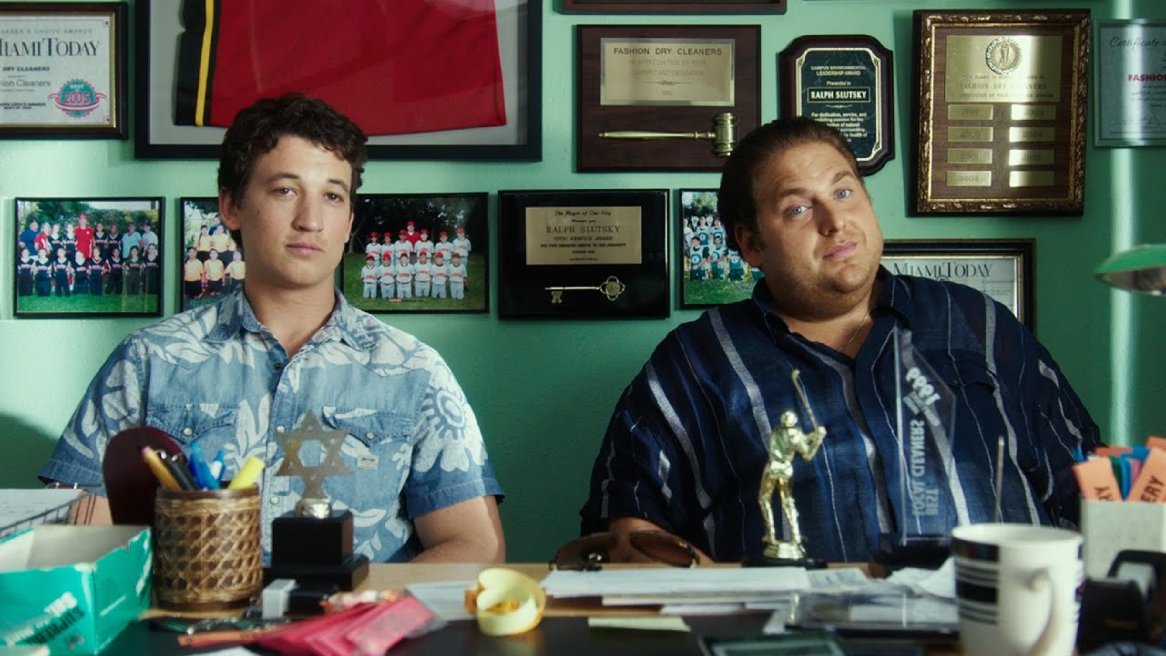 The movie culls humor from the absurdity of certain situations and scenarios (not unlike the way Adam McKay generated laughs in the far superior The Big Short). Jonah Hill, who has played his share of creepy characters over the years, portrays his creepiest one yet. Our nearly physical revulsion to Efraim is a testimony to the actor’s range and capabilities. Miles Teller brings energy to the part but there’s only so much he can do with such an underwritten character. He tries to make the screenplay’s ambivalence about David into something interesting but can’t quite get there.

Perhaps the most unsettling thing about War Dogs is that the unbelievable aspects of the narrative are true, pulled from Guy Lawson’s Rolling Stone article and his subsequent book. The usual fictionalizations associated with “based on a true story” accounts occur (mostly in the flaccid domestic scenes and banal dialogue) but the overarching narrative structure provides a perspective of governmental dysfunction that, sadly, isn’t all that surprising. Where Phillips loses control is when this element of the film becomes more compelling than the characters. That’s not the recipe for a successful action-comedy-drama. The viewer needs to feel something other than contempt for the governmental bureaucracy that enables men like Efraim and David. That’s part of the reason why, when the movie draws to a close, the viewer is more likely to sense a vague, hard-to-identify frustration than the satisfaction of having experienced a story worth telling.