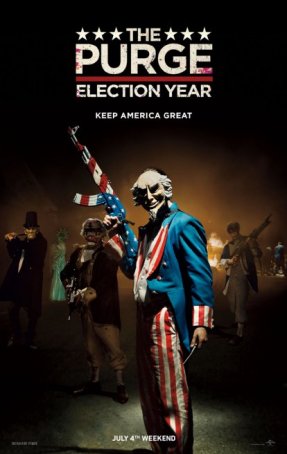 The Purge: Election Year represents writer/director James DeMonaco’s attempt to squeeze one more movie out of a premise that has run dry. The first movie of the series offered little more than The Concept - an alternate universe tale that took a little from The Twilight Zone, a little from Star Trek (specifically, “Return of the Archons”), and a little from ‘80s slasher films and cobbled them altogether. The Purge: Anarchy did some moderately interesting things with this dysfunctional world and approached respectability. Election Year is a big step backward and illustrates that not only have the ideas underlying the would-be franchise worn out their welcome but DeMonaco isn’t really sure where to go with this. The film clearly wants to be more than just a run-of-the-mill horror-thriller but the allegorical aspects are half-baked and the attempts to mimic Kubrick’s A Clockwork Orange and Eyes Wide Shut feel more like campy satire than an homage.

What is “The Purge”? For those who haven’t seen the previous installments, here’s a primer: it’s a social policy enacted by the “New Founding Fathers” that has resulted in great prosperity for America’s wealthiest citizens, but at a cost. Every March 22 for 12 hours, criminal law is suspended. People can do whatever they want, even murder, without fear of legal consequences. It's a time when they can either give freedom to their "inner beast" or hunker down in fortified homes and ride it out. This time around, an exemption for government officials has been lifted, thereby allowing politicians to orchestrate the assassinations of their rivals. 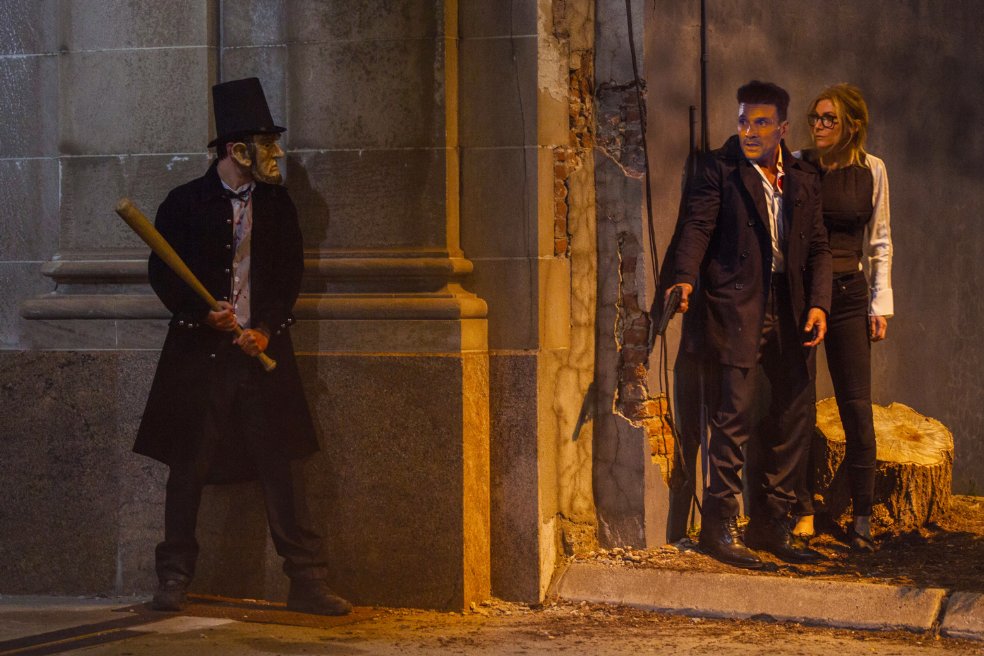 Election Year is a direct sequel to Anarchy, transpiring two years later and bringing back Sergeant Leo Barnes. Actor Frank Grillo looks thoroughly bored with the proceedings. His one-note performance transforms this character from a tough-as-nails protagonist into a largely irrelevant sidekick. It’s hard to root for Leo because he’s so dour and unfriendly. His job is to protect progressive Presidential candidate Charlie Roan (Elizabeth Mitchell) and he doesn’t do a very good job of it. In short order, he has been shot and, with a bullet in his left shoulder, is ushering her through the city streets on Purge Night. If his primary characteristic is unfriendliness, his secondary one is incompetence.

There’s a subplot about a shopkeeper (Mykelti Williamson) who gets up on the roof with a gun to protect his deli from looters. Of course, this plot thread intersects with Charlie and Leo’s. There’s a lot of running around and hiding from costumed lunatics who act like Clockwork Orange rejects. It’s not hard to envision how better direction might have turned some of these scenes into surrealistic nightmares but DeMonaco hews too close to horror-thriller tropes to allow this to happen. Every time he’s about to do something potentially artistic, he remembers that his audience cares primarily about the body count and reverts to form.

By calling the movie Election Year and releasing it amidst the bizarre cage match between Donald Trump and Hilary Clinton, the third Purge movie screams “allegory!” with a stridency that the marketing campaign has embraced. Unfortunately, its “political commentary” offers nothing beyond what has been in place since the first installment - allusions to a corrupt government ruled by Orwellian principles and determined to stamp out poverty by removing the impoverished. The script was written too early to function as a take-down of Trump - there’s no avatar of the Republican nominee and his most controversial policies aren’t mentioned. And only someone in a fever dream would see the ultra-idealistic Charlie as a stand-in for Hilary. Those who see this as a cautionary tale don’t have a strong grip on reality. 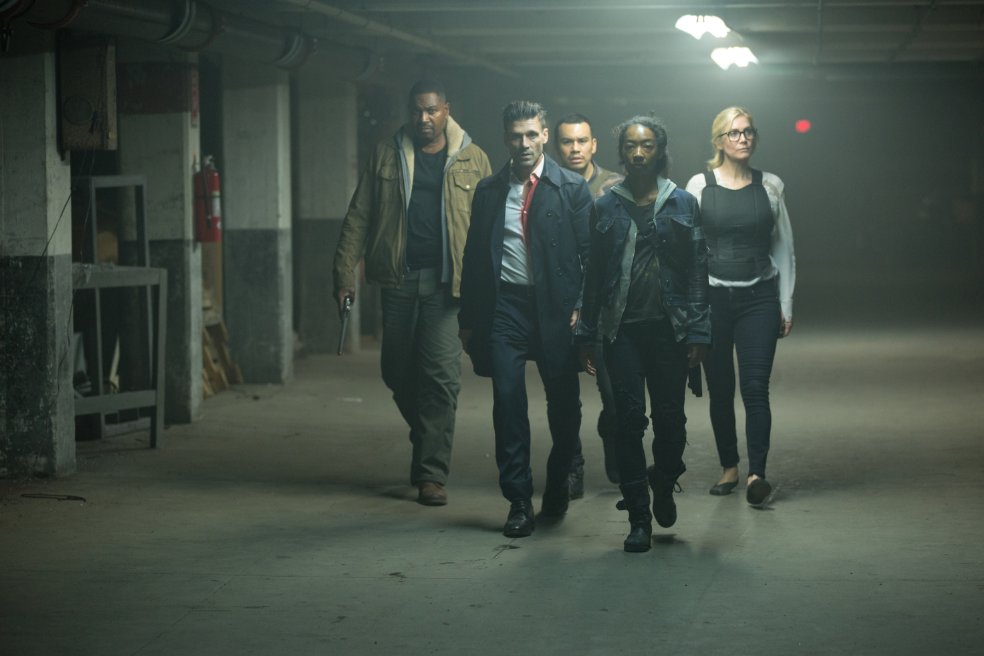 Election Year is saturated by contradictions with the desire to inject social commentary into an exploitation film creating an inherent conflict. Nowhere is this more evident than about how DeMonaco treats guns. The none-too-subtle message is anti-gun but it’s awash in imagery and rah-rah story beats that fetishize firearms and their use to mow down a room full of bad guys.

The film’s anti-American rhetoric paints with broad strokes that result in a narrative so absurdly artificial as to defy credulity. Yes, I know alternate universe stories require a hefty helping of the quality referred to as “suspension of disbelief” but this asks too much of a thoughtful viewer. We’ve gone down the rabbit hole and come out in a land where the laws of logic and sanity have been suspended.

Distilled to its essentials, The Purge: Election Year represents a borderline-competent return to a world of madness and mayhem where the goal is to survive the night by any means possible. It follows the mandate of delivering more of the same to keep the franchise going and any attempts by DeMonaco to expand the canvas aren’t successful. The central premise probably isn’t long enough in the tooth yet to turn off fans but there’s little here to attract or interest anyone who isn’t already on board The Purge bandwagon.