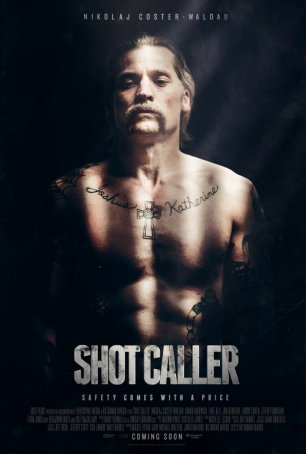 Despite being sold and marketed as a thriller, the most interesting aspects of Shot Caller are the dramatic ones. Beneath all the machismo and traditional crime movie trappings, writer/director Ric Roman Waugh has something to say about the dehumanizing impact of incarceration. Although aspects of the narrative are over-familiar and several twists and turns toward the end are a little hard to swallow, Shot Caller holds the viewer’s attention in part because of a grounded, credible performance by Game of Thrones star Nikolaj Coster-Waldau (whose work as Jaime Lannister has limited his big screen appearances in recent years) and in part because there’s more to this character than one normally gets in movies of this sort.

The story unfolds across two time-frames separated by about ten years. In the “present”, hardened criminal and gang member Money (Coster-Waldau) has just been released from prison. After meeting with his parole officer, Kutcher (Omari Hardwick), he tracks down his ex-wife, Kate (Lake Bell), to give her some money and tell her that he doesn’t want to see his now-teenage son. He believes that the boy will have a better life if he forgets about his father and doesn’t repeat his mistakes. Despite being free, Money isn’t done with crime. In fact, his first task on the outside is to work with a thug nicknamed Shotgun (John Bernthal) on a weapons deal masterminded by the gang’s still-imprisoned head honcho, The Beast (Holt McCallany). But Money has his own agenda and we only begin to understand what it is when we see the flashbacks to the events that happened immediately before and after Money’s introduction to incarceration. 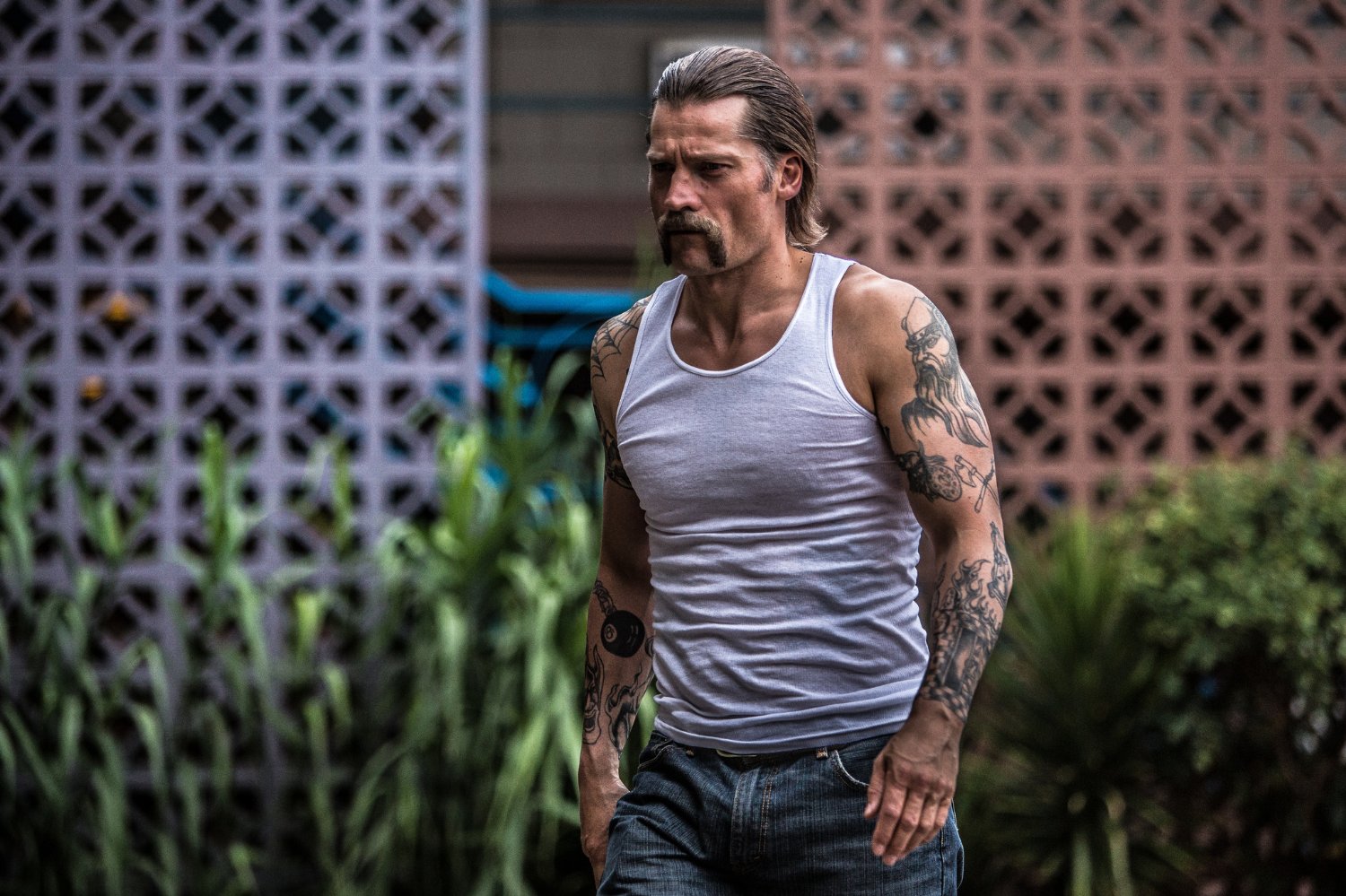 When he enters the prison, Jacob (who is soon given the nickname of “Money”) is a white-collar guy serving a couple years for drunk driving manslaughter. (A friend, who was a passenger in his car, was killed in an accident resulting from a combination of too much drinking and too little paying attention to the road.) Money isn’t a killer but he’s pragmatic and knows that to survive in his new “home”, he has to follow a simple credo: either be a warrior or a victim. He chooses the former and the requirements of that path include smuggling items in places the sun doesn’t shine and using shivs to eliminate snitches and rivals. Soon, this mild-mannered office worker has become a ruthless murderer. His participation in one particularly brutal killing adds eight years to his sentence, prompting him to cut ties with his wife and son and meekly accept her subsequent request for a divorce.

Money is driven not by greed, the desire for power, or any of the other things that typically motivate gangsters in films like Shot Caller. Instead, his primary characteristic is his love for his family. He puts them first in all cases and does whatever is necessary to ensure they are protected and cared-for. If that includes removing himself from their lives, so be it. If that includes betraying associates and concocting a convoluted scheme that will ensure that he spends the rest of his life behind bars, that’s a price he’s willing to play. Money’s motivations make the character sympathetic even when his actions are bloody and brutal. At the beginning, the only blood on his hands is the result of poor judgment and misfortune. The same cannot be said at the end. 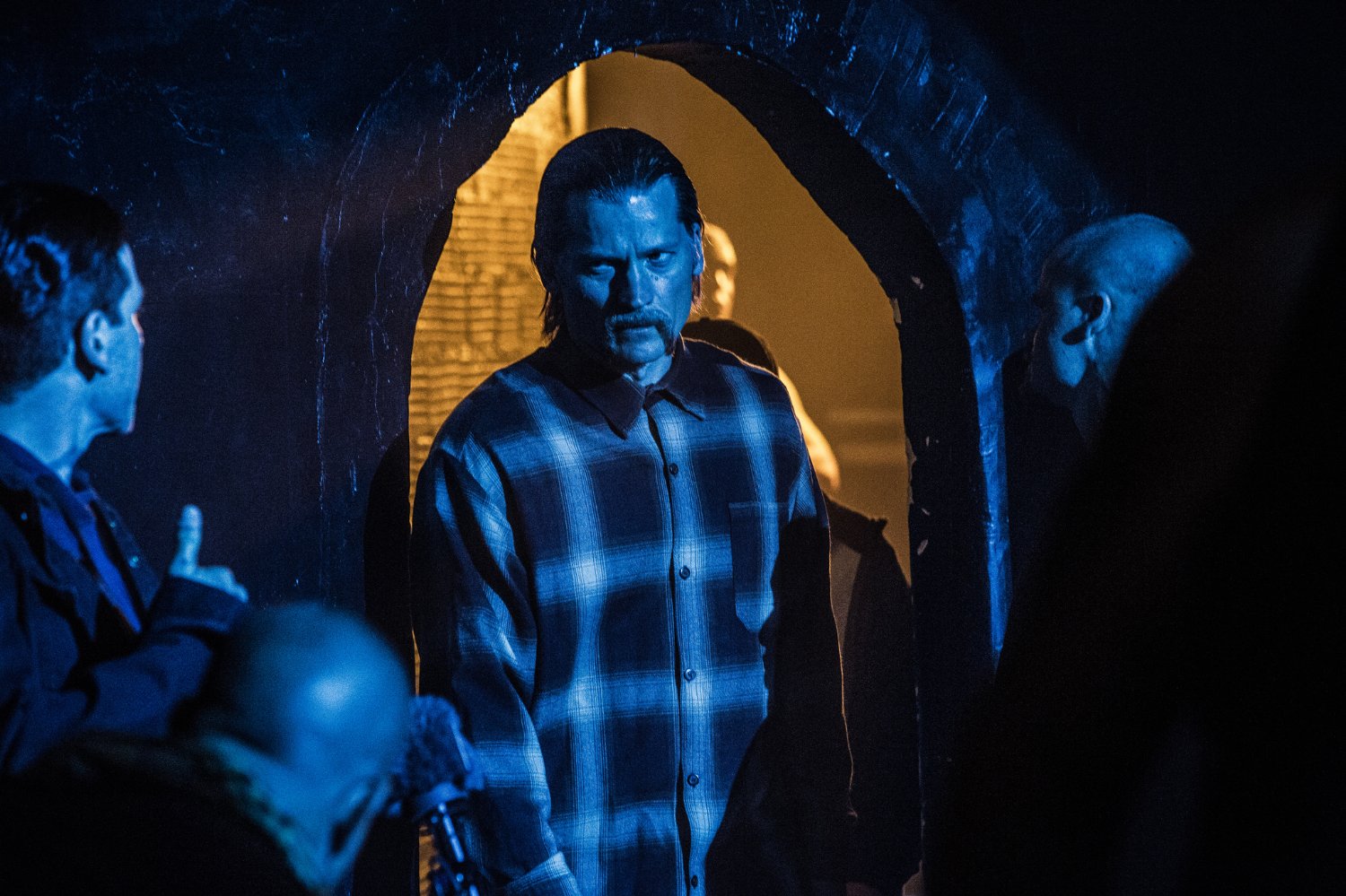 Since he began his run on the incredibly successful Game of Thrones as one of the ten-or-so biggest characters, we haven’t had much of an opportunity to see Nikolaj Coster-Waldau flexing his acting chops in other roles. Shot Caller gives us an inkling of what he’s capable of. Money undergoes a radical transformation and Coster-Waldau makes the changes believable. The supporting cast, which includes the likes of John Bernthal, Lake Bell, Benjamin Bratt (who appeared in Waugh’s 2013 thriller, Snitch, which starred Dwayne Johnson), and Holt McCallany, is solid, but this is Coster-Waldau’s movie.

I would have appreciated Shot Caller more if Waugh hadn’t overreached in the final act. In trying to surprise the audience, he contrives a scenario with zero plausibility. In a less serious-minded movie, where popcorn-style ridiculousness is the rule, this might have worked but, at least for the first 90 minutes, Shot Caller strives to be something more. The silly twists and contortions at the end diminish the movie as a whole and, although the climax is viscerally satisfying, it’s disappointing nonetheless because it builds the suspension of disbelief hurdle too high for the average viewer to be able to clear without difficulty. For a production headed for Video-on-Demand, however (with only a minor concurrent theatrical release), Shot Caller is a better bet than a lot of its peers.