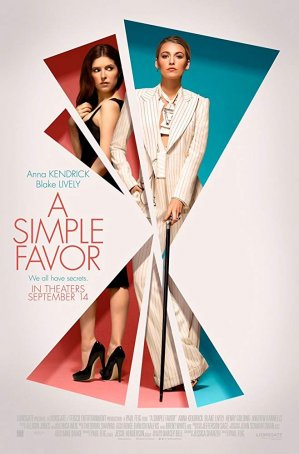 There’s a trick to doing a psychological thriller right. Hitchcock understood it. So did Chabrol and the Coens. Paul Feig, however, needs to brush up a little more on his technique. Tone is one of the biggest problems with A Simple Favor, although the needlessly cluttered second-half, which is replete with twists and turns, doesn’t help. In fact, the movie becomes so obsessed with narrative switchbacks that it comes close to straying into self-parody territory. Although there’s admittedly some perverse entertainment value to be found in this soap-opera derived mystery, the movie never rises to the level of something gripping like Gone Girl. It’s occasionally fun in a trashy sort of way, but nothing more.

A Simple Favor feels like two tonally different movies grafted into one. The first half, which plods along at a sleep-inducing pace, focuses on the female bonding between goody two-shoes vlogger Stephanie Smothers (Anna Kendrick) and bad-to-the-bone high fashion marketing genius Emily Nelson (Blake Lively). Their initial meeting is facilitated by their sons, who want a play date. Later, allowing the kids to spend time together becomes an excuse for Stephanie and Emily to drink martinis and share secrets. Emily gushes about a threesome she had with her husband, Sean (Henry Golding), and one of his TA’s. Stephanie confesses to having had sex with her half-brother. The two women also share a passionate kiss, opening up a can of sexual tension that the movie promptly ignores. 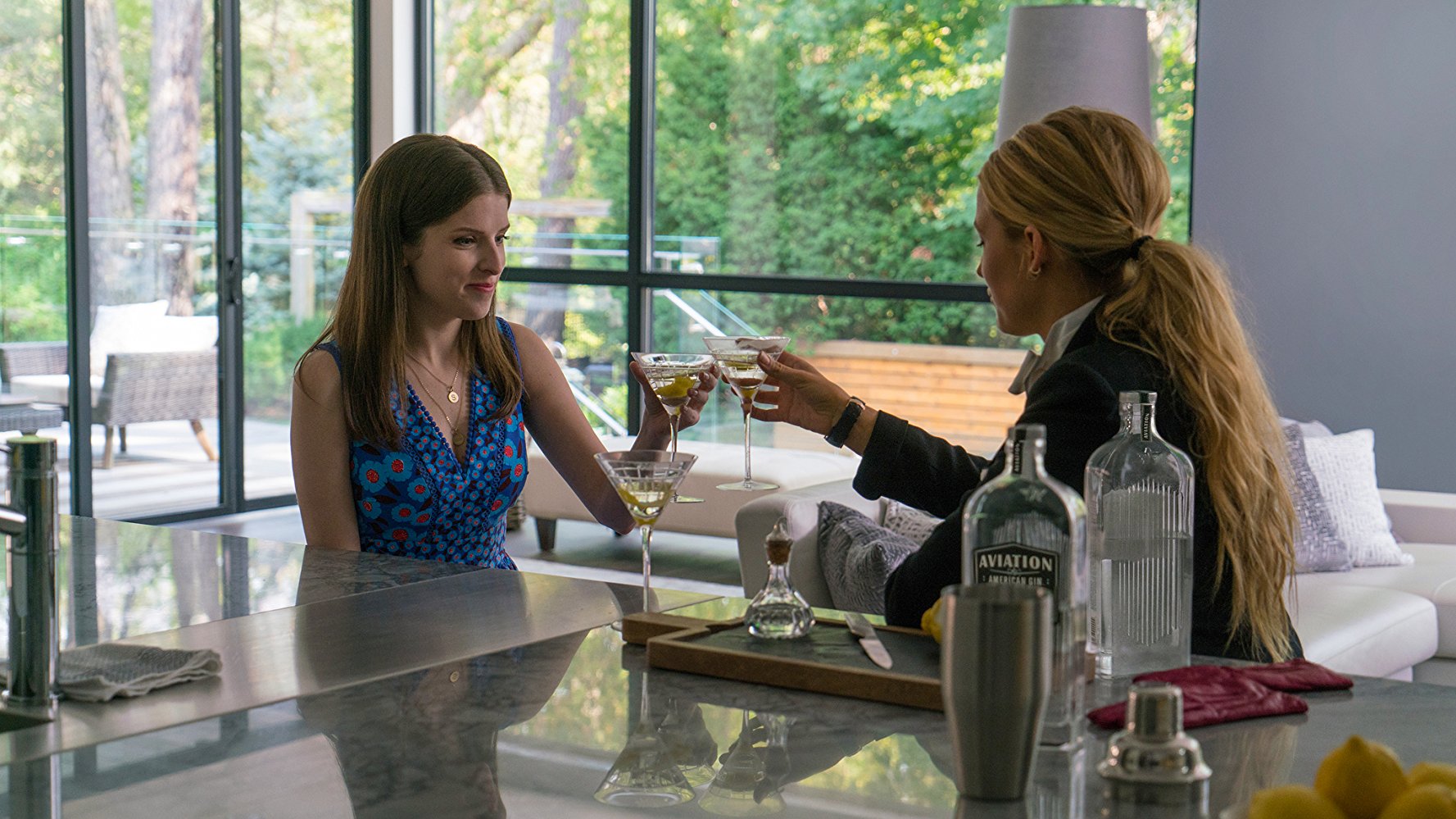 As things progress, we get the feeling that Emily might be taking advantage of the naïve, trusting Stephanie. When Emily vanishes about halfway through the film, this turns into a full-blown mystery thriller. Stephanie morphs into Nancy Drew and begins digging into Emily’s past, seeking to explain discrepancies between the woman she thought she knew and revelations that arise in the wake of her disappearance. Stephanie also begins to undergo a personality transformation, adopting some of Emily’s traits and taking her blond friend’s place in Sean’s bed. Of course, all is not as it seems.

A Simple Favor isn’t going to transform Melissa McCarthy’s second-favorite director into the new Hitchcock. The movie’s jokey tone and a twee performance by Anna Kendrick effectively diffuse any genuine tension, forcing the viewer to enjoy the film by seeing just how silly the twists and turns can become. On that level, it doesn’t disappoint. In fact, things get so outrageous that they become predictable and the laughably bad climax includes a bit of overt (and ill-advised) comedy. Feig seems to be having a lot fun with material; it’s debatable whether his enjoyment translates to the audience. Anna Kendrick is her usual insufferable self as the way-too-innocent widowed mother who essentially takes the place of her vanished friend. “Chirpy” and “perky” are words one uses to describe Kendrick and those qualities don’t go far when a movie is trying to take a dark turn. “Erotic” isn’t something one thinks of in association with Kendrick, so those parts of the movie don’t work at all. Blake Lively does a little scenery-chewing as Emily, but that’s okay because the part was designed with scenery-chewing in mind. On the whole, she’s infinitely more entertaining than Kendrick. Poor Henry Golding, fresh off his breakout success in Crazy Rich Asians, spends most of the movie standing around looking dumbfounded. The expression is warranted because he probably doesn’t understand the character any better than I do.

A Simple Favor has a certain level of self-awareness. Gaslight and Diabolique get name-checked (although I believe it uses them as verbs). When it comes to pulling the rug out from under the viewer – a requisite for a successful thriller – it fails. All the little twists and quirks don’t lead to something big and unexpected. The movie sputters to an unsatisfying and anticlimactic finale that leaves the viewer with a vague sense of there being something missing. As a sudsy melodrama filled with cheesy acting and cheesier melodrama, A Simple Favor can be enjoyed on a certain level. I’m not entirely sure, however, that’s the level on which Feig intended it to be appreciated.