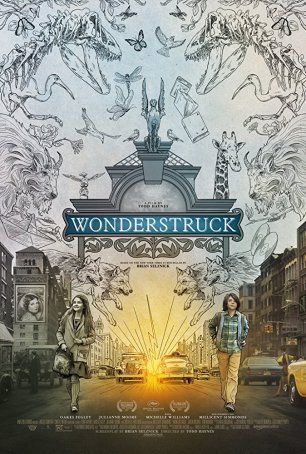 Wonderstruck is an evocative movie with a vaguely disappointing narrative that, although it reaches a conclusion, doesn’t justify the patience viewers must exhibit to reach that point. More successful as an exercise in style and re-creation, it works as a device for director Todd Haynes to show his mastery of bringing bygone eras to the screen with a vivacity that few other filmmakers have exhibited. Unfortunately, the story he tells is smaller than the canvas upon which it transpires and it struggles to retain our interest and emotional investment.

The movie’s structure is ambitious. It begins with thematically similar stories physically separated by 50 years. As the plot progresses, we see things converging not only in space but in time. The central mystery that ties the two disconnected characters together becomes clearer as we grow closer to the explicit revelation. (Most viewers, I suspect, will have guessed it long before Brian Selznick’s script clues in those who haven’t been paying attention.) In order to enhance the movie’s flavor, Haynes employs cinematic techniques to make each of the time periods appear as they might have in pictures of that era. The 1927 sequences replicate silent films: black-and-white with no spoken dialogue and only Carter Burwell’s score on the soundtrack. 1977 is shot using the muted colors of a ‘70s indie production and arguably the best-ever re-creation of New York City of the time. Wonderstruck looks like it’s the result of someone splicing together a lost short from 1927 into a feature-length movie made in the mid-1970s. 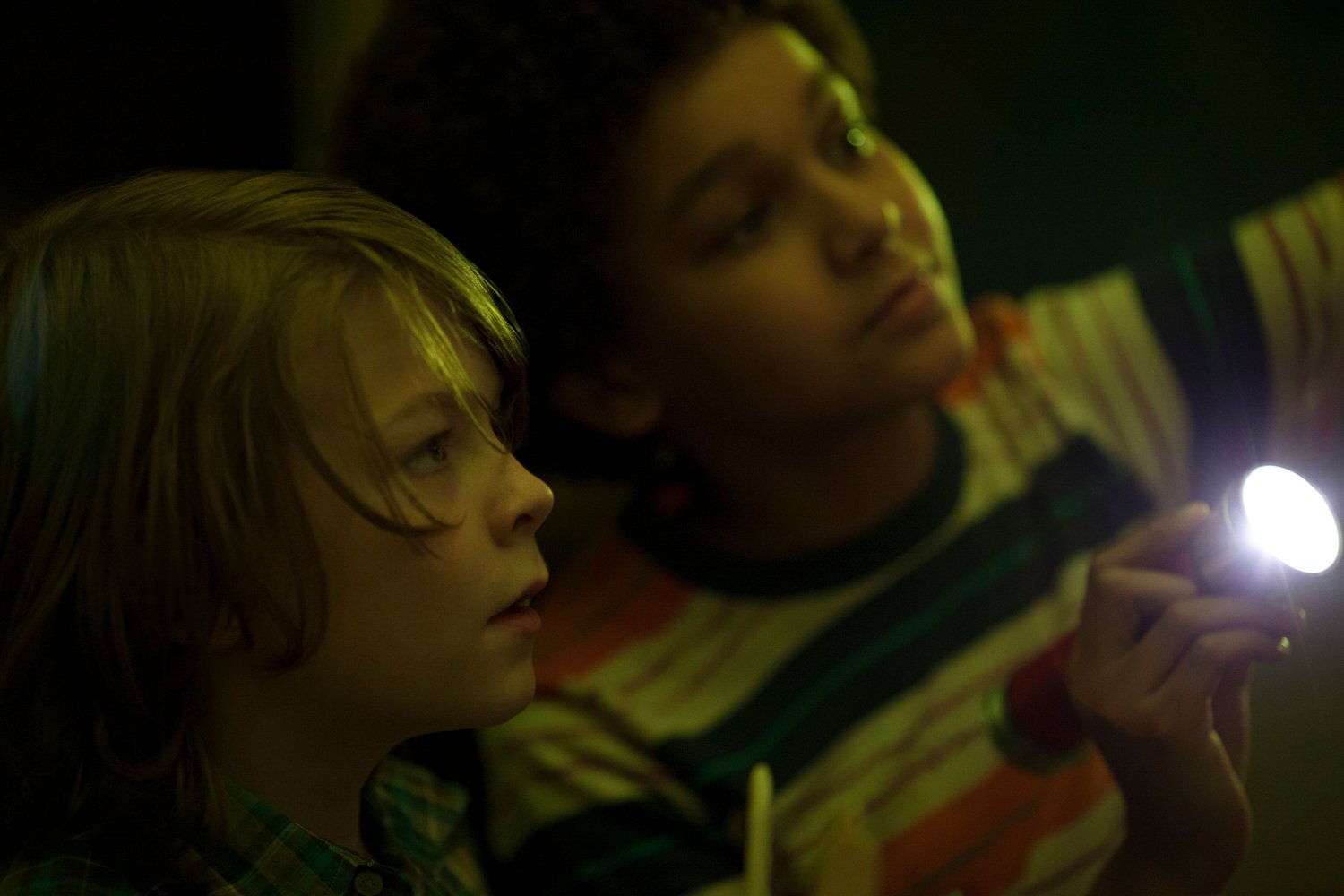 To an extent, this is film school trickery – an accomplishment to delight those who go to see movies primarily for their aesthetics. Wonderstruck isn’t nearly successful when it comes to telling a story. The 1927 segment is unremarkable. A young deaf girl, Rose (Millicent Simmonds), runs away from home, escaping her cold, uncaring father (Dr. Kincaid), who has no interest in nurturing her imagination. She heads for New York in search of her favorite star, Lillian Mayhew (Julianne Moore), who is appearing in a play there. We soon learn that there’s a more practical connection between Lillian and Rose than that of devoted fan and actress and Rose soon ends up on the run, spending time wandering the vast chambers of the American Museum of Natural History.

Meanwhile, in 1977 rural Minnesota, 12-year old Ben (Oakes Fegley), is trying to come to grips with the death of his mother, Elaine (Michelle Williams), who passed before revealing the name of his father. Newly deafened as a result of a freak accident, Ben gathers clues about his dad’s identity and boards a bus for New York City. There, with the help of Jamie (Jaden Michael), a lonely boy he befriends, he begins his search: first at a closed bookstore then at the Museum of Natural History, where Jamie’s father works. In a hidden room, they discover evidence of Ben’s past – evidence that leads to a convergence of the two storylines. 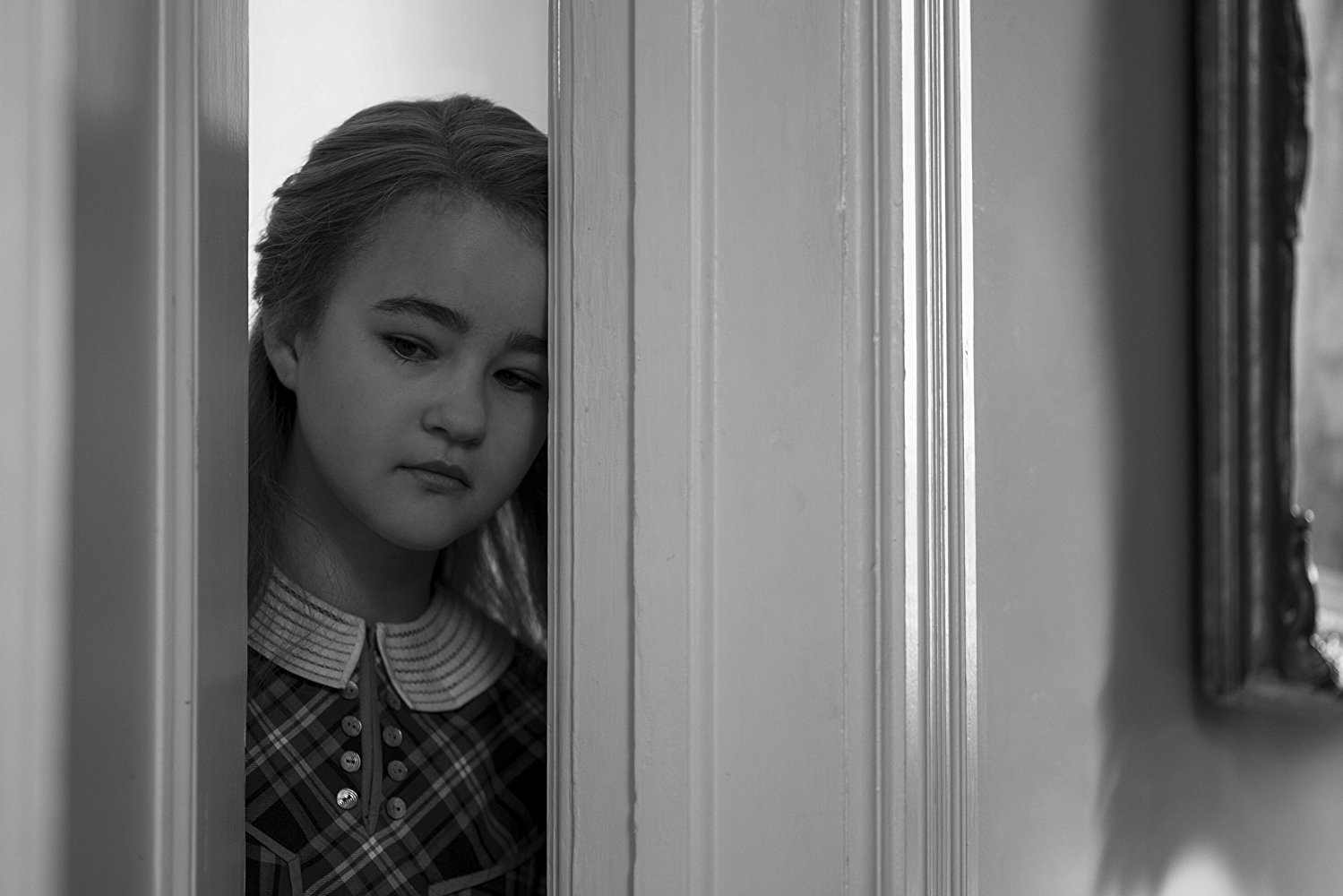 The ping-ponging back and forth between eras hampers the film’s attempts to develop relationships. The best-realized of these occurs in a flashback when Ben and Elaine interact. Attempts to build a friendship between Ben and Jamie are only partially successful. None of the 1927 interactions feels real – that part of the film has no soul. The script is littered with coincidences and contrivances, although some go away when the story is examined in retrospect and others fade into insignificance.

The performances are all good. Oakes Fegley is believable as a newly-deaf orphan who is desperate to find a connection. Millicent Simmonds, although hampered by her lack of dialogue, replicates the look and mannerisms of ‘20s starlets. Julianne Moore has the most complex acting job (for reasons I won’t elaborate on) and accomplishes it with the effectiveness expected from an Oscar winner. The contribution of Carter Burwell shouldn’t be underestimated – his score is at least as important as any of the performances. With no sound in the 1920s segments and a deaf character in the 1977 ones, the music becomes paramount.

If great visuals and an innovative style were all that mattered in a motion picture, Wonderstruck would easily earn an A+. Even with the subpar storyline, the movie offers such superior mimicry that it almost deserves to be seen for that reason alone. Haynes’ previous film, the excellent Carol, was deeply, powerfully emotional. That quality is missing from Wonderstruck, which subjugates all elements to maintaining its period veracity. Although not without its pleasures, the resulting production lacks the means to be fully satisfying.