Robert De Niro has made his share of nearly-unwatchable comedies so, although it’s tempting to say The War with Grandpa is the worst, I can’t say that definitively. It is, however, bad enough to deserve consideration for that dubious distinction. Chock-full of unfunny humor, bland characters with nonsensical motivations, and tedious subplots, the entire endeavor might have been shelved if not for the participation of De Niro, Uma Thurman, Cheech Marin, Jane Seymour, and Christopher Walken. A cast like that doesn’t get swept under the rug or sent direct-to-video.

It’s easy enough to see what The War with Grandpa is trying for. There’s a vague Home Alone vibe, although the familial relationship at the movie’s center makes it difficult to go the full Macaulay Culkin on poor De Niro. Those with a good memory may recall Danny DeVito’s 1989 black comedy The War of the Roses (with Michael Douglas and Kathleen Turner). Suffused with a generous sampling of gallows humor, that movie represents the pinnacle of the blood sport of intra-family combat – a level to which a so-called “family film” like The War with Grandpa could never aspire. The War of the Roses shows the degree to which a movie of this sort must go to be effective and it’s not going to carry a PG rating. Not even close. 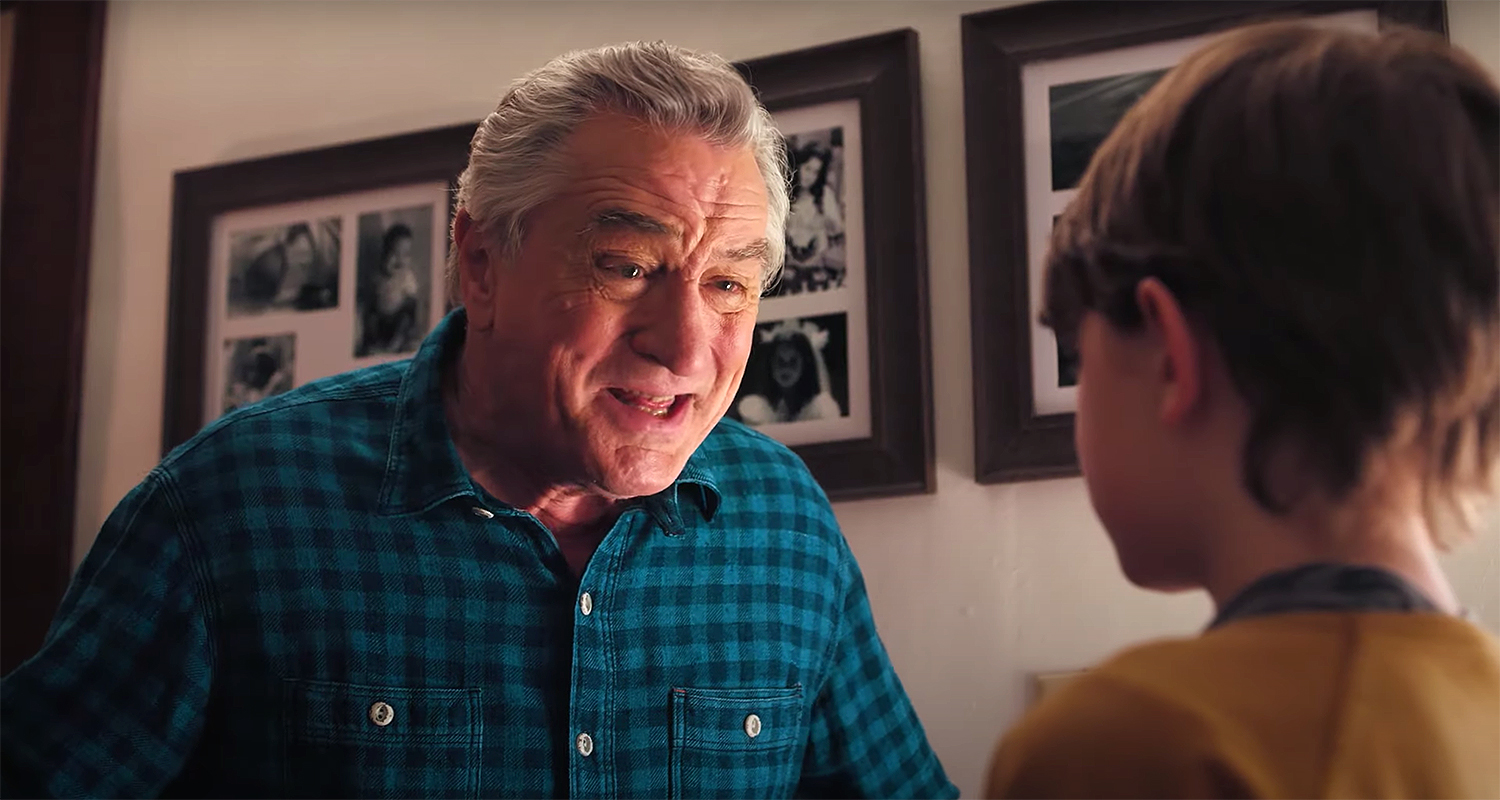 The premise is more than a little contrived and it’s on shaky ground from the beginning. Grandpa Ed (De Niro) has reached a time in life when he can no longer live on his own. (Driving across his lawn and taking out the mailbox is cited as a prime example of why.) So his loving daughter, Sally (Thurman), and his personality-deprived son-in-law, Arthur (Rob Riggle), agree to take him in. One problem: there aren’t enough bedrooms in the house. As a result, Ed’s grandson, Peter (Oakes Fegley), is evicted from his room and exiled to the attic, where there are bats and mice to go along with the cobwebs. (What parents would allow their child to sleep in a rodent-infested area? Logic, thy name is not The War with Grandpa.) Peter, perturbed at his demotion from favored son to hermit in the attic, declares war on grandpa. His endgame is unclear. Does he want grandpa to move out? Switch rooms with him? Die? Make another Martin Scorsese movie? For a while, Ed smiles tolerantly and endures Peter’s pranks. But there comes a point where enough is enough and Grandpa strikes back.

The pranks run the gamut from the seemingly harmless to the potentially life-threatening. There are simple ones, like when Peter glues a jar of Ed’s marbles to a table or replaces his shaving cream with foam sealant. Ed’s counter-offensives include causing Peter’s bed to collapse and destroying his meticulously built on-line castle (“my life’s work!”). But there’s also a snake in the bed, hot sauce in coffee, a falsely triggered medical response tag, and a series of events that results in a tree falling on a house. There are drones, remote controlled cars, and a game of dodgeball intended to resolve the conflict. Plus, since the filmmakers decided that a battle between an old man and his grandkid isn’t enough, they grafted on elements of Going in Style (or maybe The Expendables) by putting Walken (affecting a Deer Hunter reunion), Marin, and Seymour into the cast (and giving them absolutely nothing to do except play in the aforementioned dodgeball game). 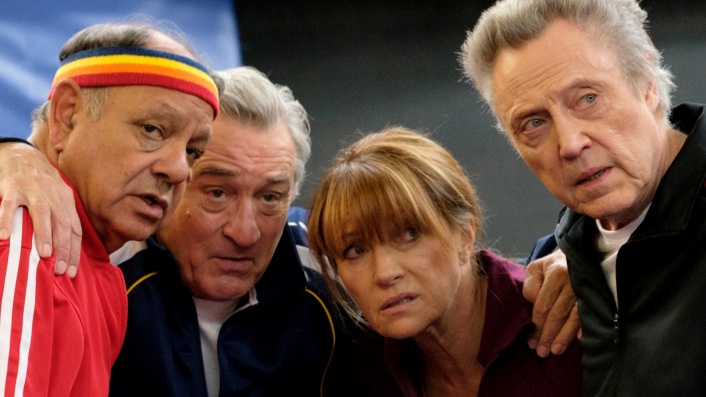 When a movie with this bad a script attracts such a solid cast, it raises the question about whether the director – in this case, Tim Hill, who is best known as a co-creator of “SpongeBob SquarePants” – has pictures. Since there appears to be nothing sinister at work here, thereby exonerating Hill, it must just be a case of actors who aren’t working that often needing a paycheck. That doesn’t explain De Niro’s participation but he has been doing this kind of shlock for years now so he probably doesn’t need an excuse.

And what would a family comedy be without its share of penis jokes? Since this is rated PG, we don’t get to see the penis in question but, based on Rob Riggle’s horrified expression, there must be something seriously amiss with De Niro’s member. This happens twice so Riggle apparently hasn’t gotten over it after one viewing. I suppose this will be funny to nine-year old boys. In fact, that statement probably applies to each and every joke in this film. The only ones who might appreciate The War with Grandpa are those who don’t know the difference between Robert De Niro, Robert Frost, and Robert Kennedy. “Juvenile” is too sophisticated a word to describe this dumber-than-dumb, unfunnier-than-unfunny comedy. “Rubbish,” on the other hand, sounds just about right.