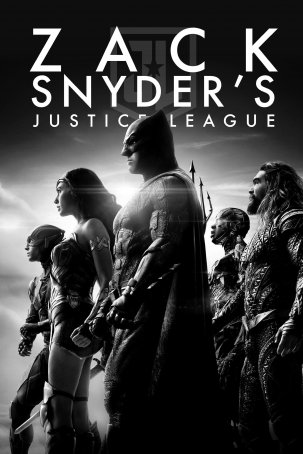 Spoiler Alert for any live-action movie with the words “Justice League” in the title.

It’s bigger and longer and features a lot more slo-mo, but is Zack Snyder’s Justice League better than the hybrid Snyder/JossWhedon version that Warner Brother brought into theaters in 2017? The answer will depend on the individual and, since most of those willing to sit through the four-hour recreation of the story will be among those who clamored for its release, the film is bound to get its share of raves. Objectively – if the word can be used in this context – the new, non-canonical retelling of Justice League is at least more complete but, as with any project where the director has no checks or balances, there are problems. Zack Snyder’s Justice League offers better character arcs and deeper dives into the backstory but the narrative suffers from many of the same problems as its predecessor, the CGI is (to be kind) uneven, and the pacing is horrendous. There are long stretches when the film drags and the endless, self-indulgent epilogue makes the denouement of The Return of the King seem like a template for conciseness.

The film’s length is both a blessing and a curse, the classic “double-edged sword.” On the one hand, it allows Snyder the freedom to expand on just about everything, including things that don’t improve as a result of such expansion. Yes, it’s great to finally get some backstory behind Steppenwolf (Ciaran Hinds) but I’m not sure it makes the Big Bad Guy any more formidable and the introduction of Darkseid (Ray Porter) is little more than a tease since we know we won’t be seeing more of this incarnation of the Thanos-wannabe (I know that in the static world, Darkseid came first, but most people watching the movies haven’t read the comics). It’s nice to see more of The Flash/Barry Allen (Ezra Miller) although, lacking a formal “origin story,” he feels like an awkward appendage. As for Cyborg (Ray Fisher), his greatly increased screen time makes him more of a character than a walking plot device, but his background is derived from the Generic Superheroes 101 playbook. 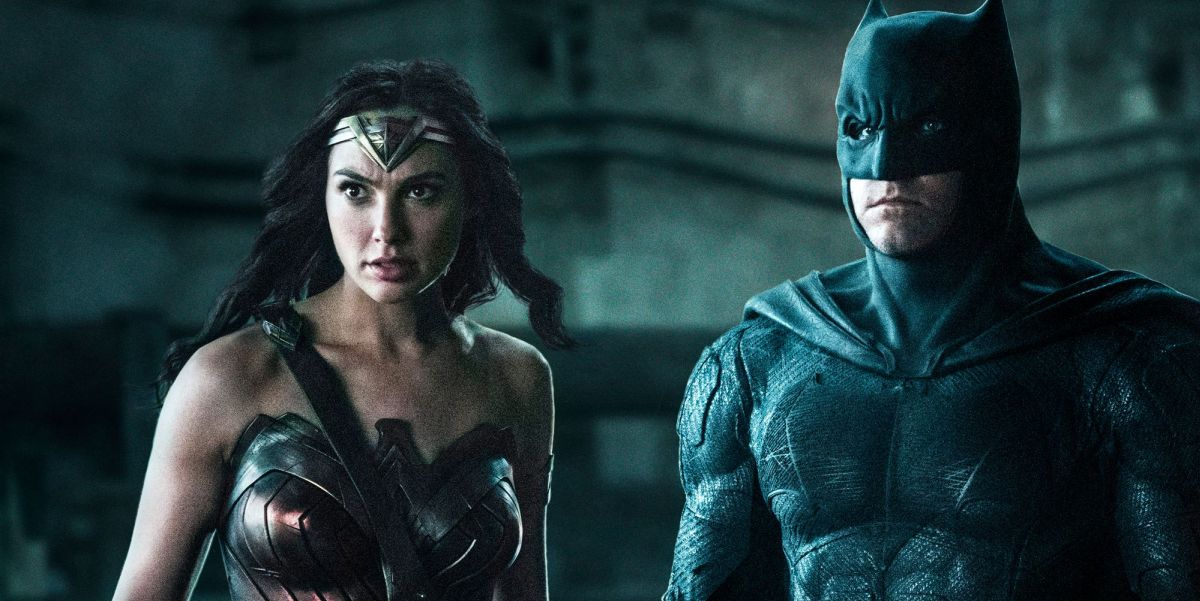 Paradoxically, although Zack Synder’s Justice League feels overlong, one of its most obvious problems is that it’s overstuffed. This is largely due to the necessity of introducing three major superheroes (although Jason Momoa’s Aquaman would get his own film, it didn’t arrive until a year after Justice League reached theaters). In addition, it has to advance the stories of Wonder Woman (Gal Gadot) and Batman (Ben Affleck), with the latter still struggling to find his footing after never being given his own stand-alone. Finally, Superman (Henry Cavill) has to be resurrected to bring the band together. All of the stuff with Darkseid and Steppenwolf often seems like a subplot. The unnecessarily convoluted story is standard superhero stuff: locate three magic boxes, link them together, and unlock the key to unlimited power. At least Thanos had a motivation when he formed the Infinity Gauntlet; Steppenwolf and Darkseid come across as one-dimensional megalomaniacs.

Without doing a direct comparison of the two-hour Whedon overhaul and the double-dose Snyder version, it’s possible to drill down on some of the areas of improvement and places where things should have been left well enough alone. Expanding the Flash and Cyborg material gives the characters greater depth but there’s no escaping the fact that these two should have been given their own movies and shoehorning their origin stories into this film bogs things down and kills both momentum and pacing. Even with so much extra time, Snyder is unable to explain why Cyborg is so unique or to make his Daddy issues more compelling than those of the many other superheroes with Daddy issues.

In crafting this older version of Bruce Wayne/Batman, Snyder and Affleck have done something interesting with the character by making the Caped Crusader more introspective and world-weary. We saw a little of that in Christopher Nolan’s The Dark Knight Rises but it’s more apparent here. Also, surrounded by so many characters with extreme abilities (where, as Wayne notes, his only super-power is his wealth), Batman seems extraneous and isn’t given much to do. Meanwhile, the other venerable DC mainstay, Superman, spends most of the movie either dead (he isn’t brought back until the 160-minute mark) or rediscovering himself. It may be heresy to admit this but I think his scenes with Lois Lane (Amy Adams) worked better in the theatrical film. His return to action, although different in this movie, is not superior. (The best part of his re-emergence in Justice League – the call-back to the John Williams theme – has been eliminated because Snyder has issues with any big screen Superman property prior to his involvement.) 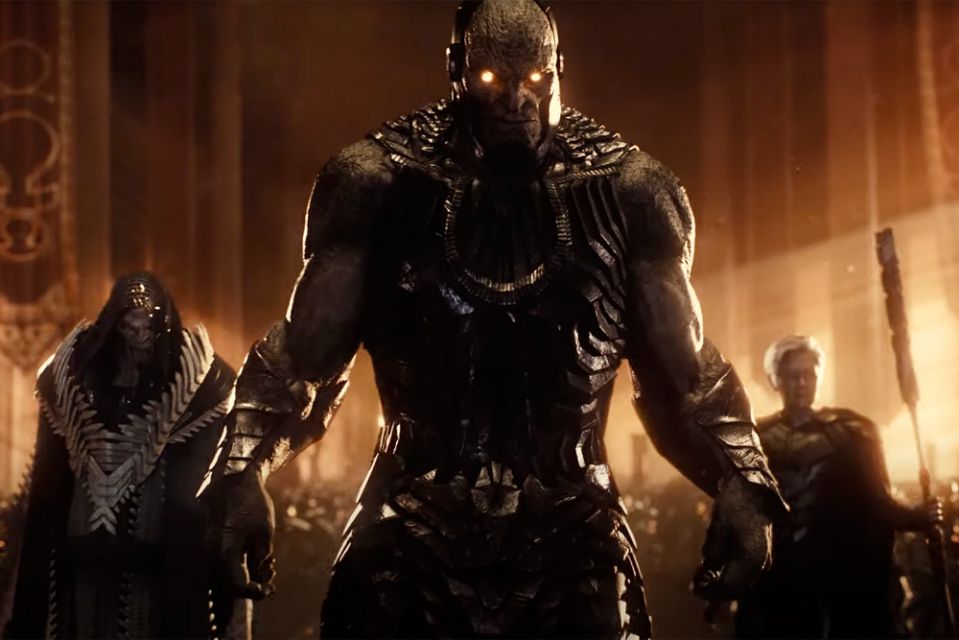 Zack Snyder’s Justice League offers its climactic battle around the 3 ½-hour mark – a generic showdown between Steppenwolf and the six-member Justice League while Darkseid approaches. It ends as it must and that’s when the movie implodes. If Snyder had cued the end credits following Steppenwolf’s comeuppance, it might have been possible to recommend it, but the final 25 minutes of indulgent, apocalyptic crapola can’t be ignored. For some reason, Snyder felt that it was necessary to tease a darker-than-dark future in which heroes are forced to work with villains and Superman has become an unstoppable force for evil. It’s poorly thought-out, not explained, and features an anticlimactic exchange between Batman and The Joker (Jared Leto-iteration) that feels as out of place as an extra thumb. Even as a setup for another movie, this would have been too long but, because that movie will never happen (and Snyder knew that was the deal going into this), it’s pointless and annoying.

Although Warner Brothers gave Snyder between $70M and $80M to polish the film, it apparently wasn’t enough to ensure that the CGI was up to snuff. Some of the visuals, especially presented in the IMAX-friendly 4:3 ratio, are impressive even on a small screen. Conversely, certain effects sequences (especially early in the film) look like cut-scenes from a 2010-era computer game. Snyder’s decision to ignore Danny Elfman’s score (which I considered to be one of the best elements of the 2017 version) and replace it by the work of Junkie XL (credited using his “real” name, Thomas Holkenborg) will have its proponents and detractors. I found the score, like almost everything else in the movie, to be uneven. 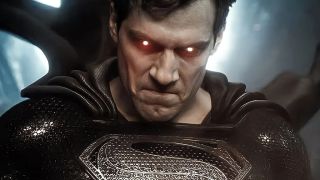 It’s easy enough to respect what Zack Snyder’s Justice League represents on macro level without necessarily being enamored with the actual product. The ability of a director to release his pure vision, untainted by studio interference, has always been something of a Holy Grail in Hollywood. Its realization in cases like this and previous other notable instances (James Cameron’s The Abyss and Ridley Scott’s Kingdom of Heaven, for example) offers a new avenue for how at-home opportunities can expand upon theatrical releases. In this case, however, the flaws of Justice League were rooted too deeply for even a complete reworking to solve them. Fans of Snyder’s interpretation of the DCEU may be delighted but, for the rest of us, it’s largely a case of simply another interpretation of the same story – except longer and not meaningfully better.

The bottom line: If you know what the Anti-Life Equation is, this movie was made for you and you might enjoy it. If that sounds like comic book gobbledygook to you, it’s safe to say you won’t be missing anything by not giving up four hours of your life to sit through this.