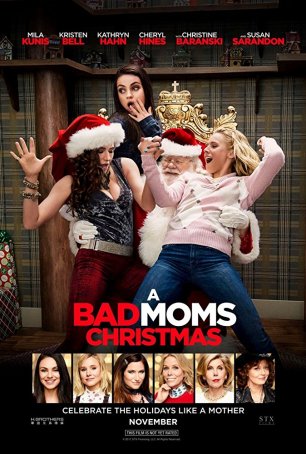 A Bad Moms Christmas is one of those plot-by-numbers sit-com movies that tries hard (perhaps too hard) to reproduce the elements that made the earlier film successful. As such, it never strays far from its safe place and, although it offers occasional chuckles and even a few solid, laugh-out-loud moments, the picture as a whole seems redundant and superfluous. In offering more of the same as Bad Moms, it paradoxically provides less – something often true of sequels for films initially designed as one-off properties.

Writer/directors Scott Moore & Jon Lucas have returned along with their three leading ladies, Mila Kunis, Kristen Bell, and Kathryn Hahn, and many of the supporting actors. (The chief villain from the first film, Christina Applegate, gets a cameo.) This assures continuity and, at least in terms of the overall tone and approach, A Bad Moms Christmas falls into lockstep with its predecessor. It’s painless enough that fans (and there were tens of millions of them) of Bad Moms will likely enjoy the second go-round. However, with the freshness gone, the sequel falls into the familiar pattern of regurgitating rather than advancing, making A Bad Moms Christmas feel stale. 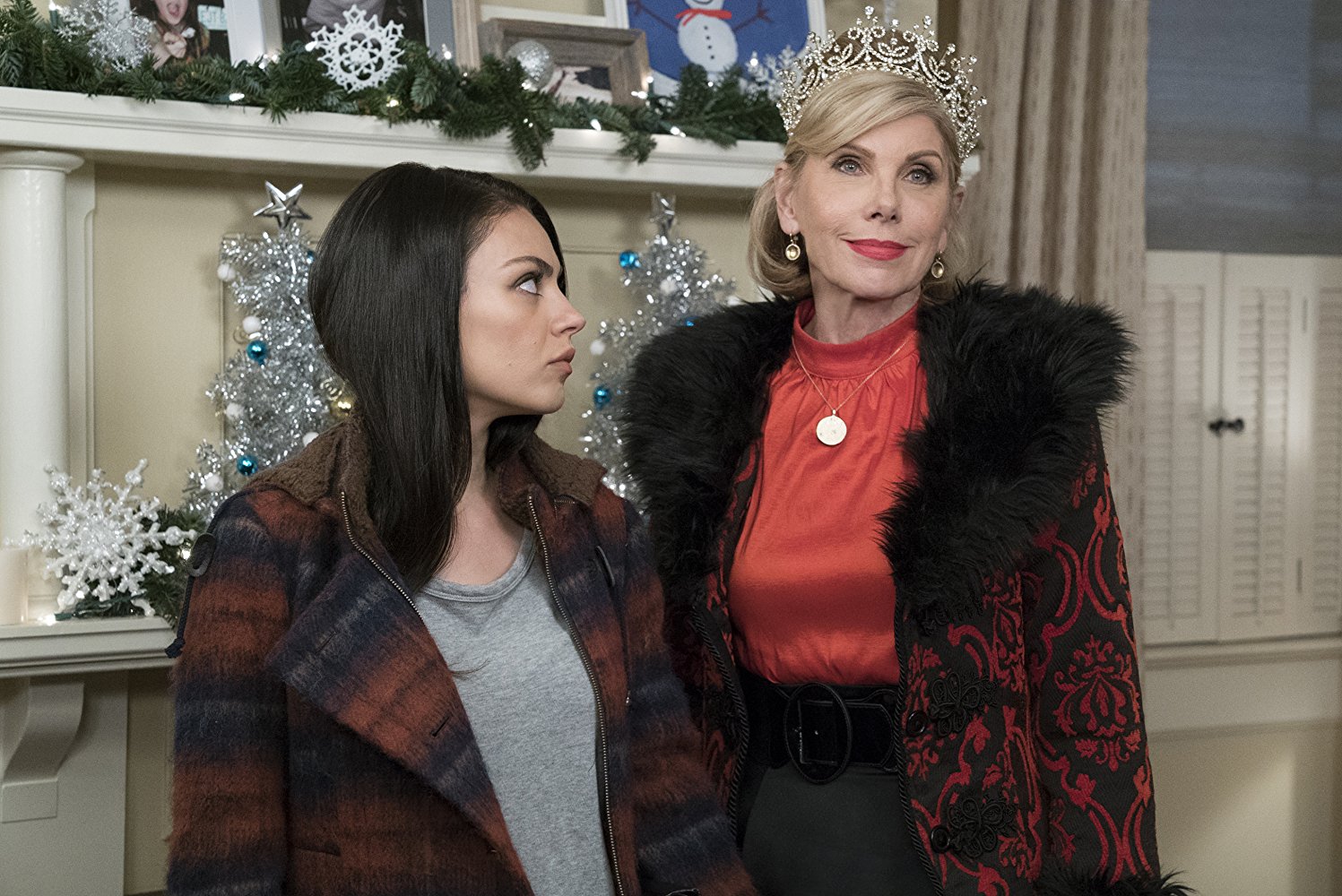 The movie picks up shortly after the end of the first installment. The titular “bad moms” Amy (Kunis), Kiki (Bell), and Carla (Hahn) remain friends and each continues living in much the same vein as when we last saw them. Amy is now dating Jessie (Jay Hernandez). Kiki and her husband are doing better with co-parenting. And Carla is paying more attention to her son. But winter is coming and along with it are ghosts of Christmases past and present. All three moms get visits from their own mothers. Kiki’s (Cheryl Hines) is clingy with no sense of boundaries. Carla’s (Susan Sarandon) rarely visits and, when she does (like now), she’s looking for money to feed a gambling habit. And Amy’s (Christine Baranski), who comes with a mostly mute husband (Peter Gallagher) in tow, is a Type A personality who belittles everyone except her grandchildren. Happy ho-ho-holidays to all and to no one a good night.

A Bad Moms Christmas is primarily about the three women “taking back Christmas” and forging new (adult) relationships with their mothers. In true sit-com fashion, everything is resolved and placed in a neatly wrapped package with ribbons and bows by the time the final credits dance onto the screen. The light drama is tepid and the narrative is threadbare, but that’s expected with this sort of production. The keys to enjoying A Bad Moms Christmas are appreciating the individual performances, laughing at the comedy bits, and absorbing the chemistry that evolves over the course of the movie’s 105 minute running length. Christine Baranski steals the movie with Susan Sarandon coming in a close second. The three original actresses willingly take a back seat for long stretches to allow their older co-stars to have the spotlight. Kathryn Hahn gets some solid laughs but the other two, Kunis and especially Bell, don’t have much to do and, except for a few moments, fade into the background. The movie as a whole is a mixed bag and recommended primarily for those who enjoyed the first one or who love to devour any and all Christmas-themed movies. This is a sugary snack and not a fully satisfying main course.