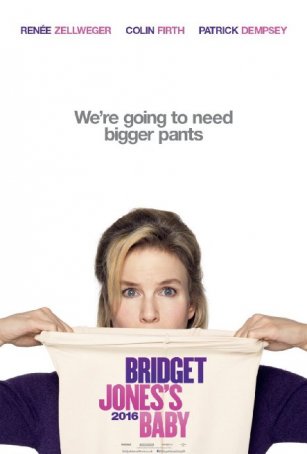 It would be fair to characterize Bridget Jones’s Baby as a huge step up from the previous Bridget Jones outing, 2004’s The Edge of Reason, although it’s not quite in the same league as 2001’s Bridget Jones’s Diary. Why wait a dozen years to exhume the series? Financial and creative factors were in play. The second Bridget Jones movie was a box office disappointment and the screenplay for Bridget Jones’s Baby (an original story mapped out by creator Helen Fielding but not based on any of her books) has undergone considerable tinkering over time (with Emma Thompson giving a polish to the shooting script). Like My Big Fat Greek Wedding 2, another long-gap sequel released earlier this year, this will test whether audiences retain sufficient interest in the long-dormant characters to follow their continuing misadventures. 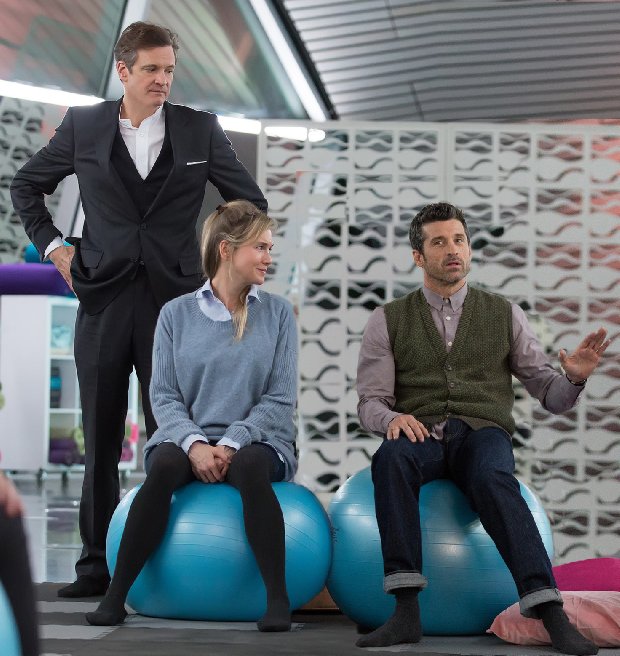 The return of director Sharon Maguire, who helmed installment #1 but skipped #2, gives Bridget Jones’s Baby a solid pulse. It’s funny and engaging and the lead character, again played by Renee Zellweger, seems more like a real person than the caricature who wandered dazed through The Edge of Reason. If the plot of movie #3 cribs liberally from the previous chapters, that’s the romantic comedy rule at work. Yes, these Bridget Jones films keep retelling the same story about the improbable romance between Bridget and her Mr. Darcy (Colin Firth), but that’s what viewers expect. With Hugh Grant electing not to return, his function (wooing Bridget to interfere with her embracing true love) is being filled by Patrick Dempsey. There are some minor twists and turns along the way but nothing too surprising. The Jane Austen subtext, which added a clever aspect to Bridget Jones’s Diary, is minimized because emphasizing it would seem redundant.

Although middle-aged and still single, Zellweger’s Bridget is the same relatable, spunky firecracker she was in the first two films. No longer dependent on a man for satisfaction in life, she has achieved her “ideal” weight (a contrivance that allowed Zellweger to avoid packing on the pounds the way she did for the previous outings). Despite having caught Darcy at the end of The Edge of Reason, she lost him during the intervening years and now he’s married to someone else. She decides that the best way to celebrate her 40th birthday is to attend a music festival, which leads to a one night stand with the dashing entrepreneur Jack Qwant (Dempsey). A week later, she and Darcy (who is now separated) briefly reconnect under the sheets. But, despite her having practiced safe sex (albeit with ancient, environmentally friendly condoms), Bridget learns that she has a bun in the oven. Who’s the father? She doesn’t know so, after stringing Jack and Darcy along for a while and letting each think that he was the lone sperm donor, she comes clean so the three can form an unlikely trio for a variety of prenatal activities. (The ending doesn’t leave us hanging - it answers the question about who the father is.)

Excepting Hugh Grant (whose absence is felt), pretty much everyone is back. In addition to Zellweger and Firth, Jim Broadbent and Gemma Jones return as Bridget’s parents and Sally Phillips and Shirley Henderson make appearances as Bridget’s friends. The movie has a deft explanation for why Grant’s Daniel Cleaver is no longer chasing Bridget: the film opens with his funeral, although there is no body. Franchise newcomers include Dempsey and Emma Thompson, whose humorless gynecologist is an update of the no-nonsense nurse she played in The Tall Guy.

There’s something brave about making a romantic comedy for middle-aged viewers. It’s not something we get very often in an era when movies obsess over pleasing the under-30 crowd. Neither Renee Zellweger (age 47) nor Colin Firth (age 56) is in the “sweet spot” of leads for this genre. Perhaps the only way to get a movie of this sort made for older audiences is to resurrect a once-familiar brand. The open question is whether the name of “Bridget Jones” is sufficient to attract viewers who might otherwise give this sort of movie a pass. (It’s not likely to score big with Millennials.) Bridget Jones’s Baby exceeds expectations and, as a result, makes us willing to forgive the delay in bringing the character back to theaters.