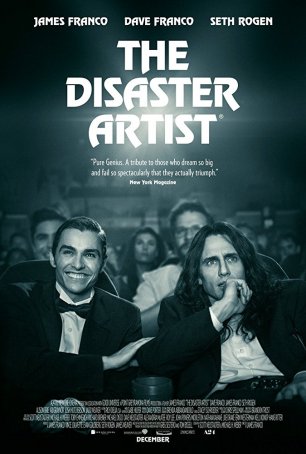 When it comes to the pantheon of the Worst Movies Ever Made, there are only a few challengers to the title claimed by Plan Nine from Outer Space. One of those is Tommy Wiseau’s universally derided 2003 debut feature, The Room. Instead of fading into obscurity like most epically bad films, The Room has amassed a cult following in the 15 years of its existence and, like The Rocky Horror Picture Show, it has become a mainstay of midnight showings around the country. People attend those screenings more for the social aspects of the gatherings than because there’s anything worthwhile playing on the screen. Having viewed some of The Room (I wasn’t able to complete it), I can attest that it’s not So-Bad-It’s-Good. It’s So-Bad-It’s-Unwatchable.

The Disaster Artist is a comedic telling of how The Room came into existence. For the most part, actor/director James Franco focuses on the absurdities of Wiseau’s life and project but there are times when he ventures into semi-dramatic territory, mainly when examining the unlikely friendship between Wiseau and his co-star, Greg Sestero (David Franco). To the extent that there are aspects of The Disaster Artist that don’t work, they relate to this material. Wiseau is so off-putting as a character than attempts to humanize him fail. As presented, he’s like a Satanic version of Andy Kaufman. 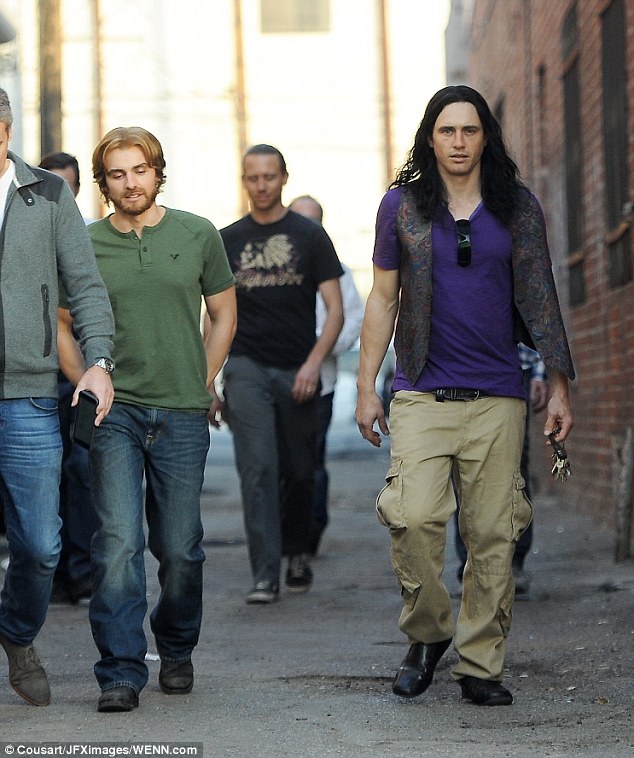 Wiseau and Sestero meet in a San Francisco acting class and, after barely knowing one another, they move to Los Angeles together and start on the road to stardom. Wiseau is a shady character: despite an Eastern European accent, he claims to be from New Orleans (his pronunciation of the city is so garbled that some people can’t understand what he’s saying); he has a seemingly endless fortune; and he’s at least 20 years older than he pretends to be. After failing to get an agent, Wiseau decides to take matters into his own hands. He writes a script and, with money not being an option, he sets about the business of making his movie, even though he has no idea what he’s doing.

Approximately half of The Disaster Artist chronicles the creation of the film, with some scenes coming across like segments from one of those TV shows about bloopers and outtakes. Although Franco emphasizes Wiseau’s ineptitude he also highlights the man’s passion for the project even though no one, not even Sestero, understands what the movie is supposed to be about. Wiseau is also intensely jealous and when Sestero moves in with his girlfriend, Amber (Alison Brie), he throws a hissy fit. 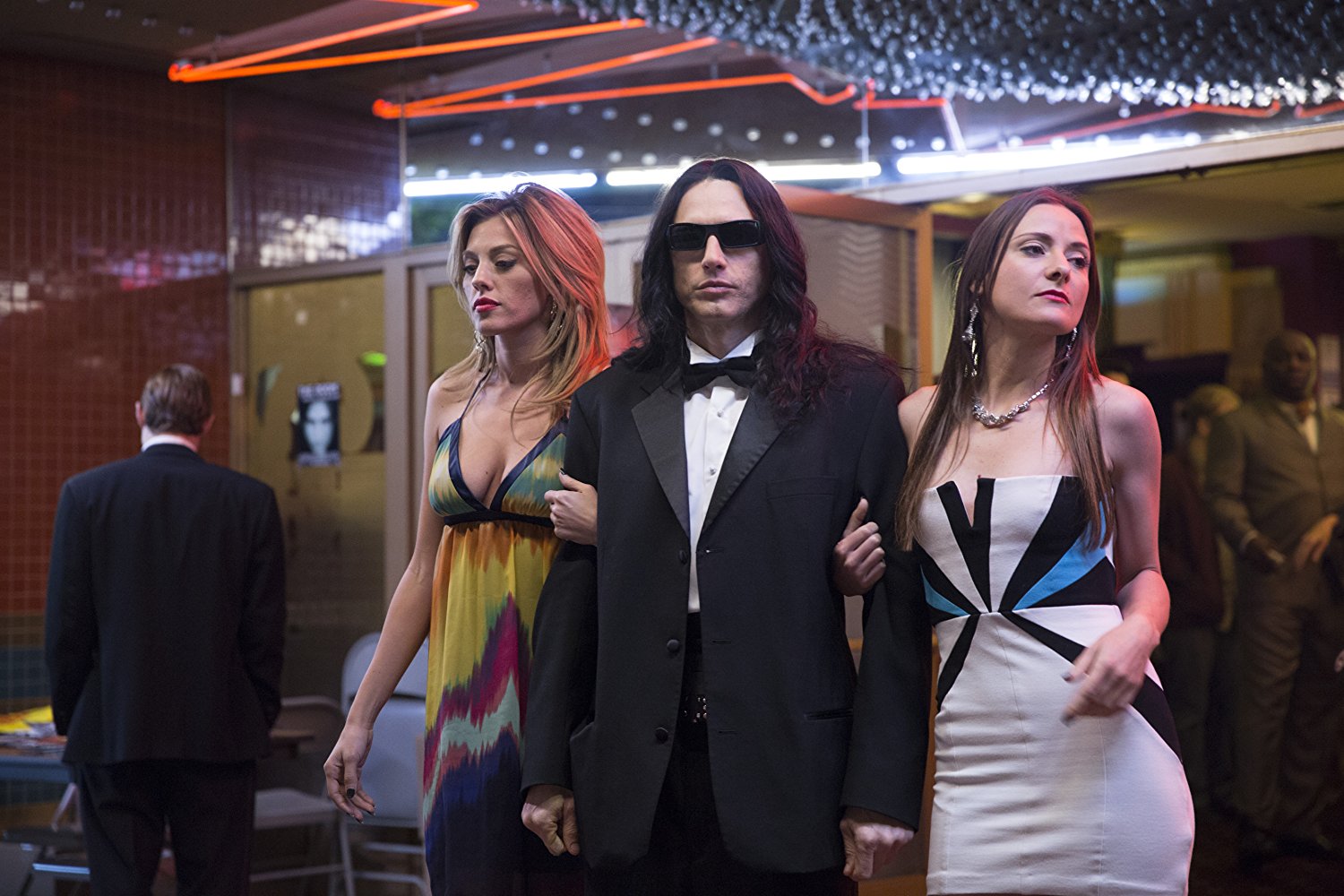 Although the story is weirdly engaging in its own right, the best parts are the prologue and epilogue. The former consists of various famous talking heads (including the likes of J.J. Abrams, Kristen Bell, Adam Scott, and Zach Braff) waxing poetic about the importance and impact of Wiseau and his vision. The latter shows split screen representations of Franco’s recreations of scenes from The Room with the actual moments in Wiseau’s film. These depict, among other things, the director’s care in re-filming parts of The Room. (One wonders whether a complete remake exists somewhere.) Every shot is identically framed and the audio is nearly precisely timed. It’s an eerie experience and will give those who aren’t motivated to seek out The Room a flavor of the actual production.

In the end, The Disaster Artist comes across as one of those stories that almost seems too bizarre to be true, even though it is. It’s an inadvertent success story that illustrates how there’s more than one way to stardom. Wiseau gave the movie his stamp of approval; he has a cameo. As for Franco, this represents a labor of love. He directed using Wiseau’s mannerisms and voice – something that apparently disconcerted a few of the actors. (His on-screen portrayal is uncannily accurate, making it evident how carefully he studied the man – Franco the actor is completely immersed in the character to the point where he disappears, leaving behind only Wiseau.) The end result is a fascinating glimpse into the genesis of one of Hollywood’s worst releases and is worthy of a space alongside Ed Wood on the shelf for dreamers who succeeded because of a lack of self-awareness and an epic void of talent.