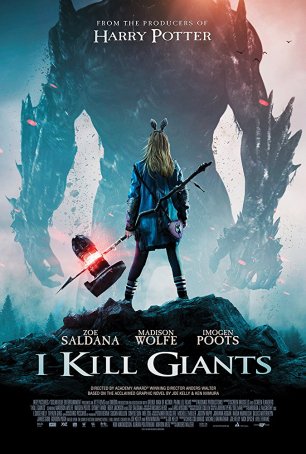 The concept of a child creating an imaginary world as a retreat from reality isn’t new to either movies or literature. In fact, one of the most beloved of all family films, The Wizard of Oz, employs this conceit. More recent endeavors like Pan’s Labyrinth and A Bridge to Terabithia, have taken darker turns. Perhaps the best of all of these, 2016’s powerful A Monster Calls, is the closest cousin to director Anders Walter’s feature debut, I Kill Giants. Based on Joe Kelly’s award-winning comic book series (with a screenplay credited to Kelly), the film follows the day-to-day travails of a teenage girl, Barbara (Madison Wolfe), who finds refuge from the ugliness of her existence in a world filled with giants and monsters.

In a head-to-head comparison with the oh-so-similar A Monster Calls, I Kill Giants draws the short stick. That’s not to say it’s an unworthy film. Quite the contrary – it’s just not on the same level as J.A. Bayona’s adaptation of Patrick Ness’ novel. I Kill Giants is well-acted, does amazing things with a limited budget, and effectively tugs at the heart strings once we recognize what Barbara’s real monsters are. The scenes of bullying are uncomfortably credible (not the white-washed version often presented in mainstream films – I’m thinking of Wonder here) and there is an opportunity for a catharsis. 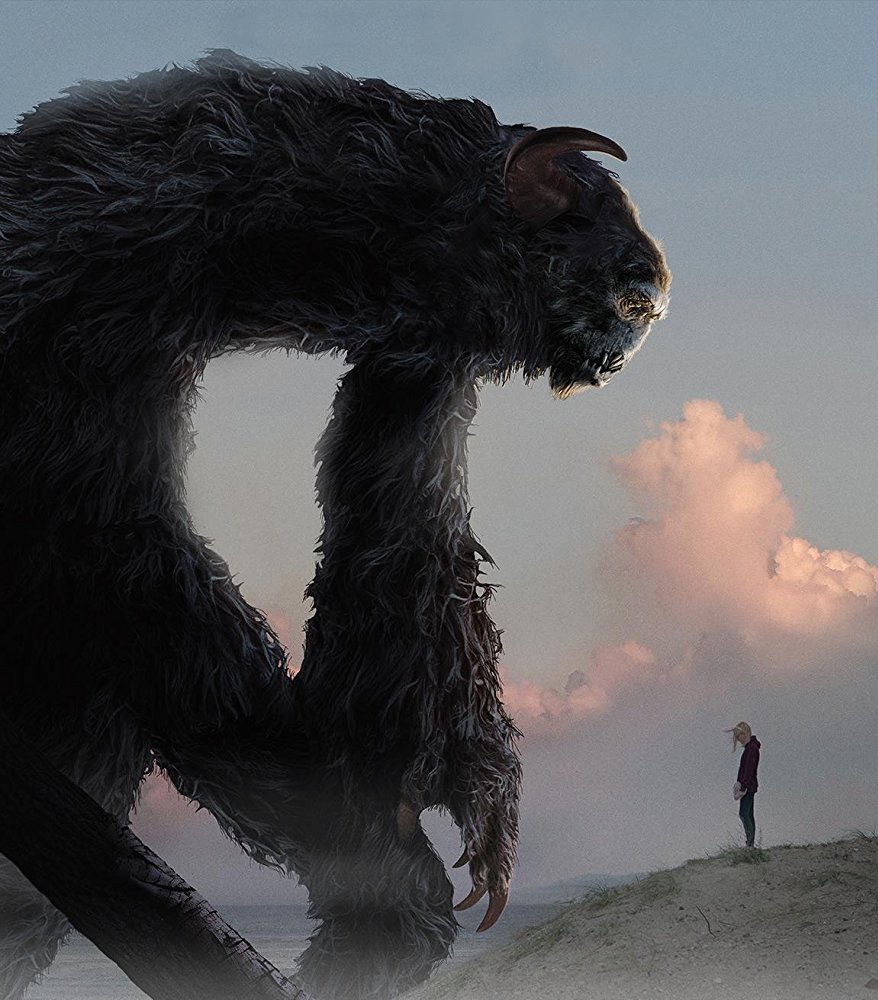 Barbara, who lives in a house on portion of the New Jersey coast that in no way resembles any beach I have visited there (filming took place in Belgium and Ireland), is immersed in geek culture. She’s a Dungeons and Dragons fanatic, although she doesn’t have any friends to play with her. Her older sister, Karen (Imogen Poots), who functions as her guardian, offers to join a game but Barbara demurs. She is interested in playing with her self-absorbed brother and his friends, but their interest goes no farther than games that involve consoles and TVs. Barbara is also a baseball fan, with Phillies paraphernalia littered around the basement where she has set up an indoor fort.

Barbara’s D&D obsession has bled into her real life. She is bullied at school by a girl named Taylor (Rory Jackson), whom she treats with contempt. Her free time is spent in a nearby forest and on the beach, where she has set up traps to confound the giants that she believes haunt the woods and may be coming to destroy the town. She encounters Sophia (Sydney Wade), a new girl who has just moved to America from Leeds, and the two form a fragile friendship. Sophia is fascinated by Barbara’s fantasy-world but doesn’t buy into it and begins to search for a way to help the girl. This desire is shared by the school’s psychiatrist, Mrs. Molle (Zoe Saldana).

I Kill Giants effectively blends the fantasy and real-world elements into an engaging whole. Although not as successful as the films I cited earlier in blurring the lines between what might only be in the main character’s mind and what is really happening, I Kill Giants nevertheless works as an examination of how children use make-believe as an escape mechanism. As the movie approaches its climax, Barbara must face not only her metaphorical adversary but the underlying darkness.

The narrative is at times uneven. The movie spends a little too much time on Barbara’s romps through the forest – these are the least compelling scenes in the film – and it fractures the story by trying to flesh out the stories of Karen and Sophia but (lacking the necessary screen time) not quite getting there. The film might have worked better had it remained 100% from Barbara’s perspective. Scenes in which the protagonist doesn’t appear feel disconnected from the rest of the production.

Imogen Poots and Zoe Saldana add their names to the project but, although they give solid turns, their roles are secondary. The star is relative newcomer 15-year old Madison Wolfe, whose performance is note-perfect. Despite having previously appeared primarily in minor TV and movie roles, Wolfe easily carries I Kill Giants, imbuing Barbara with a mix of spunk and fragility and showing how even the most self-sufficient of loners sometimes craves companionship.

The marketing aspects of I Kill Giants are playing up the Harry Potter connection – the involvement of producer Christ Columbus being the link – but the comparison does a disservice to this film which is a vastly different kind of story. The fantasy elements are just that – fantasy – and the CGI is used sparingly. Although we see the giants as Barbara sees them, the glimpses are fleeting. (The lengthy sequence in which she explains their origins uses 2D animation.) I Kill Giants is about coping, surviving, and hopefully emerging stronger at the end. The vivid cinematography, affecting performance by Wolfe, and lack of saccharine allow the film to resonate not only with the teen target demographic but older viewers as well.