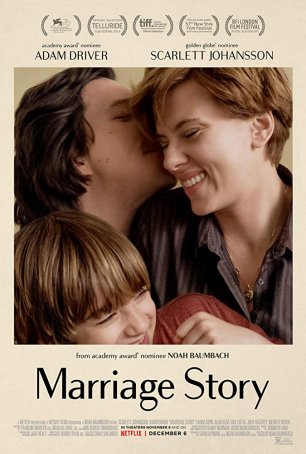 Marriage Story is the best thing Noah Baumbach has done since his 2005 breakthrough, The Squid and the Whale. Since then, Baumbach has spent a great deal of time exploring mumblecore, polishing his indie credentials, and following in the footsteps of fellow New York-phile Woody Allen. With Marriage Story, which is in part drawn from Baumbach’s 2013 real-life divorce, the director lets down his guard and allows emotions to overcome intellectual reticence. At its best, this movie is searing. It pinpoints many of the little talked-about aspects of divorce that seem the least significant but hurt the most. It also eviscerates the practice of Family Law without apology.

Although Baumbach limits his inherent tendencies toward pretentiousness, there are still occasional hints of intellectual snobbishness to be found. While many of the situation’s emotions are universal – and it’s to the director’s credit that he presents them so honestly on screen – the main characters are not normal, average people. They exist in a bubble and their problems, obviously real to them, may seem somewhat trite to those who live less privileged lives. There are times when it becomes difficult to ignore the whiff of entitlement that permeates the production. Although we can connect with the characters as fellow human beings enduring emotional trauma, it’s difficult to feel for them on a deeper level. That, in many ways, highlights a critical difference between Marriage Story and the superior 1980 Oscar winner, Kramer vs. Kramer.

Much like Kramer vs. Kramer, this is an exploration of a marriage by autopsy. When the movie begins, Nicole (Scarlett Johansson) and Charlie (Adam Driver) are in the process of splitting up. The only time we are exposed to “happier days” are during the two affecting monologues/montages that open the proceedings: presentations of what each appreciates about the other. This bit of filmmaking is Baumbach at his best. It gives viewers a sense of what was lost and, more importantly, of the characters’ awareness of what they no longer have. Most films about divorce focus on the bitterness that develops. In this case, it establishes that there’s a lot more than anger and divisiveness between these two. 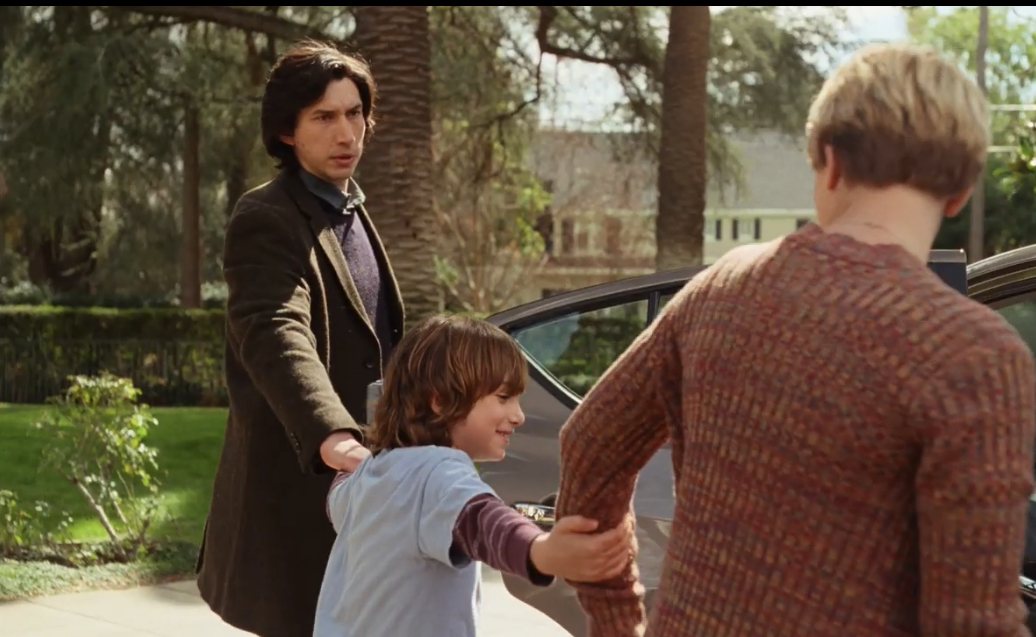 The bulk of Marriage Story’s 136-minute running time is devoted to the process of the divorce, with Nicole moving (back) to L.A. to re-start her dormant career as a TV actress while theater director Charlie remains in New York to shepherd his play to Broadway. The couple’s young son, Henry (Azhy Robertson), accompanies his mom and Charlie makes frequent cross-country jaunts to spend time with the boy. The split loses its amicability once lawyers become involved. After all, they are interested in two things – being paid and “winning” – while their clients, more often than not, just want to move forward with as little pain and bile as possible. Nicole chooses the no-nonsense Nora Fanshaw (Laura Dern) to represent her. After initially selecting a wolverine (Ray Liotta), Charlie backs off and goes for the more grandfatherly Bert Spitz (Alan Alda), who appears likely to be eaten alive by Nora.

There are times during Marriage Story when the viewer may wonder whether the relationship might be salvageable. The characters consider the same thing. For a while, Charlie harbors the delusion that his wife might come home to him but Nicole needs to grow and, to do so, she has to sacrifice her marriage. Caught in the middle is Henry and, although both parents protest that he’s the most important thing, that doesn’t stop them from spending his college money paying off lawyers to fight for crumbs. Henry, like far too many children in custody disputes, is a pawn. The boy’s interests become secondary to “winning.” (A point that’s hammered home by Nora when she explains to Nicole her rationale for proposing an unbalanced “time of possession” agreement.) 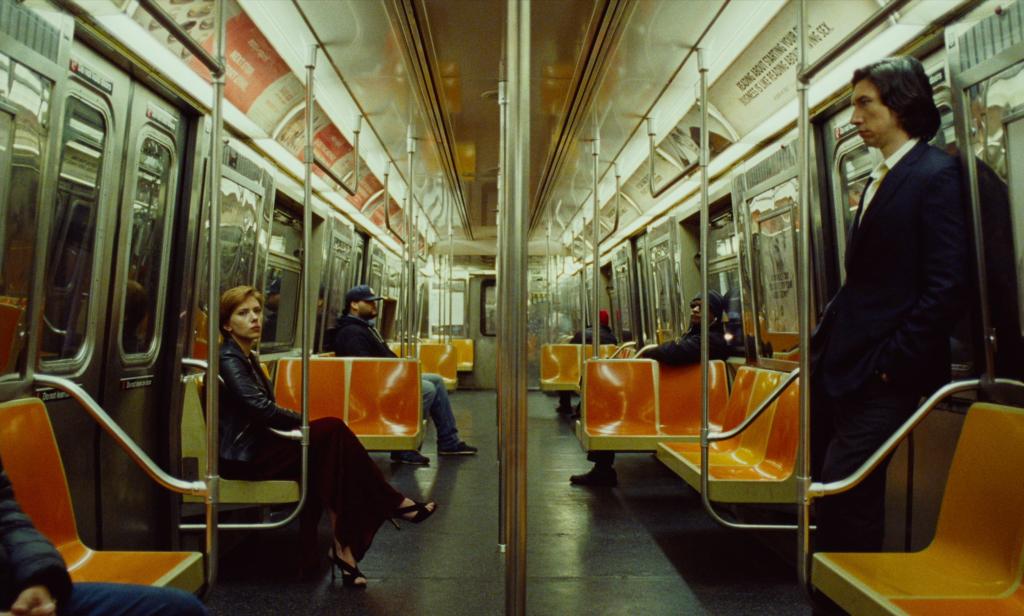 Although Baumbach does an admirable job of peeling back the skins of these two characters and maintaining a mutually sympathetic portrait even as underlying impulses of selfishness and obtuseness are revealed, his approach isn’t without problems. One of the most important and intense scenes – a single-take fight between Charlie and Nicole – has a scripted, artificial feel. The dialogue is too verbose to feel spontaneous. Melodramatic tendencies bubble over. For me, the scene was jarringly off-key (although I’ll admit it might have been powerful in a play, but that’s a different medium). Later, there’s an odd sequence featuring a retractable knife blade that feels like it belongs in another movie. And the use of two songs from Sondheim’s “Company” (Charlie singing “Being Alive” and Nicole singing “You Could Drive a Person Crazy”) briefly turns Marriage Story into a musical. Props to Baumbach for trying but it doesn’t work.

Kramer vs. Kramer succeeded in large part because of stellar performances by Oscar-winners Dustin Hoffman and Meryl Streep. In Marriage Story, the portrayals of Adam Driver and especially Scarlett Johansson stand on the same plateau. Although Driver has an awkward moment or two, he is believable as a controlling narcissist who sees himself as a victim. Johansson, giving the best performance of her career (eclipsing her sublime work in Lost in Translation), exposes every nuance of a character who loves the man she’s leaving but can no longer stand the cage in which she finds herself. She digs deep, perhaps plumbing emotions from her two failed marriages, with remarkable results.

For Baumbach, Marriage Story represents a step away from elitist filmmaking toward something more accessible. The film’s themes and emotions are universal and he shows great sensitivity in his depiction of the personal toll of a divorce while simultaneously illustrating the ugliness that results when lawyers become involved. Some may find the subject matter too raw or uncomfortable but its widespread availability via Netflix assures audiences an opportunity to see Driver as more than Kylo Ren and Johansson as going well beyond Black Widow.