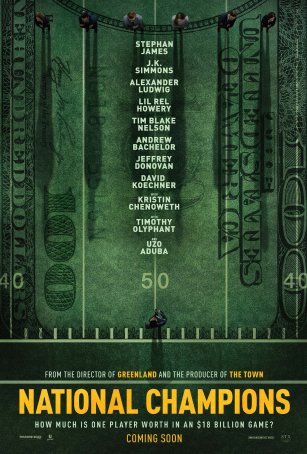 For decades, there has been an escalating tension between the NCAA and the student-athletes who play college sports. The center of the conflict lies with Men’s Football and Basketball – two multi-billion dollar empires where the NCAA and its member schools reap the rewards while the players are constricted in terms of compensation. When Adam Mervis wrote the stage play upon which the 2021 motion picture, National Champions, is based, this was still an unresolved hot-button issue. However, in a move few would have predicted, the NCAA made a radical change to its policy (in part to avoid legal problems) on June 30, 2021, adopting a rule that student-athletes can now make money for appearances, autographs, advertisements, and social media posts – the so-called NIL (Name, Image, Likeness) control. Although this might have been deemed a “win” for those playing collegiate sports, it was not a “win” for National Champions since it undercut the thrust of the film.

It's hard to see what, if anything, director Ric Roman Waugh (Greenland) and Mervis could have done to rectify the unfortunate situation – a movie that seemed relevant when it went into production was rendered pointless shortly after principal photography had been completed. To be sure, the NIL rules’ change doesn’t invalidate all of the film’s points, but the drama now feels artificial and the stakes don’t seem high. Rarely have I seen an instance in which bad timing has so completely derailed a movie.

As sports movies go, this one is atypical. There’s almost no on-field action and the story doesn’t build to the results of a big game. Instead, this is all about off-field brinksmanship as Heisman Trophy-winning quarterback LeMarcus James (Stephan James) threatens to not play in the National Championship game if his demands aren’t addressed. What’s more, he is beginning to attract adherents from his own team’s ranks and is approaching his opponents to gauge their interest in joining his cause. He envisions a strike that could disable the game if the NCAA doesn’t do something radical to address the “slave labor” situation facing student-athletes. Essentially, he’s asking for something akin to the NIL rules change. This creates a disconnect between the movie’s reality and the one in which viewers are watching. That’s not a problem for many fantastical movies, but National Champions seeks to be grounded. Instead, it has entered the Multiverse.

Legendary coach James Lazor (J.K. Simmons) enjoys a godlike status in college football but he has never won a National Championship. This looks like his best chance until his QB threatens a walk-out. Now, Lazor has to balance his loyalty to his players to his personal ambitions. Meanwhile, his wife, Bailey (Kristin Chenoweth), feeling neglected, walks out on him. While Lazor’s story represents the film’s most compelling element (and is helped immensely by J.K. Simmons’ dedicated performance), the side-plot with his wife enters the realm of soap opera and the contrivance it employs to keep the narrative wheels moving is cringeworthy. Even had real-life events not damaged the movie’s storyline, this bit of artifice remains a bridge too far. 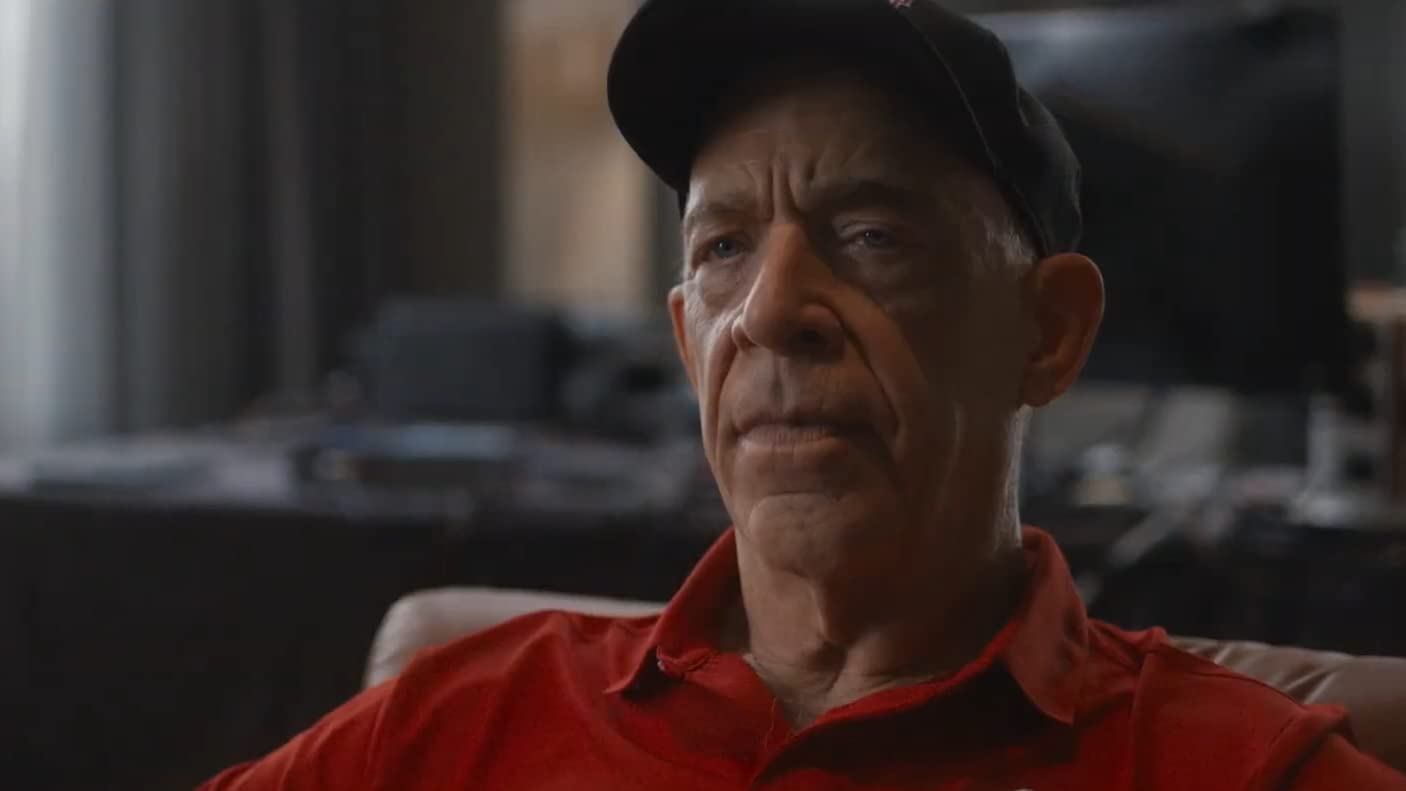 Although the main point-of-view is that of the players, National Champions gives voice to the opposing perspective by providing a high-powered lawyer played by Uzo Aduba with an impassioned monologue in which she describes how the student-athlete policy works for those who participate in “smaller” sports, where a paid scholarship is worth its weight in gold. This at least acknowledges that there is another aspect to the issue beyond the NCAA’s rapacious love of money and need for control.

The movie is well-acted, with Simmons, Chenoweth, and Stephan James standing out. And, although the thriller elements have been neutered, the screenplay’s questions about the balance of power in student athletics offers a glimpse of the darker side of collegiate sports that most fans don’t like to think about when they settle down to watch a game on a chilly autumn afternoon. Almost everyone knows that sports is a mix of business and games. While most sports films romanticize that concoction, National Champions takes the opposite approach. Just as there is no “game action” in the film, the production posits that there’s very little “game” left in the sport. It’s now almost all about money and the real battles occur behind-the-scenes. It's just too bad that the relevance of the central storyline has evaporated. National Champions remains effective as an ode to cynical realism but it’s uneven at best as a slice of drama.