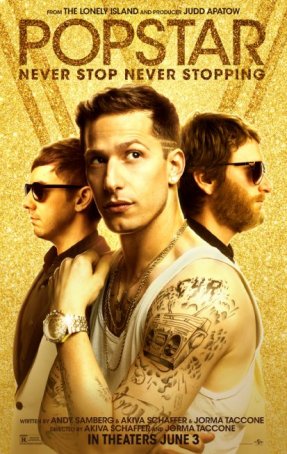 Popstar, a collaboration between Judd Apatow and Saturday Night Live alum Andy Samberg, is the latest movie to satirize aspects of popular culture (in this case, the music industry). And, although this might have been considered cutting edge 20 or 30 years ago, it has been done so often in recent years that it feels a little tired. Yes, there are a few good laughs sprinkled throughout but Samberg never breaks into new territory and the film too often feels like a limp parody of A Hard Day’s Night by way of This is Spinal Tap.

Although it’s easy to see the Spinal Tap influences in Popstar, a better comparison might be Ben Stiller’s Zoolander. Popstar seeks to do for popular music and its icons what Zoolander did for the fashion industry. It succeeds about as well, relying more on an overwhelming tsunami of cameos than sharp writing and memorable directing. Popstar features appearances by pretty much anybody who’s anybody in the music industry and those who don’t show up in new footage are there via archived material (or are called out by name - poor Taylor Swift). It’s beyond distracting. A few cameos can give a faux documentary a patina of authenticity. Popstar’s excesses could spawn a drinking game in which no participant would be left conscious. 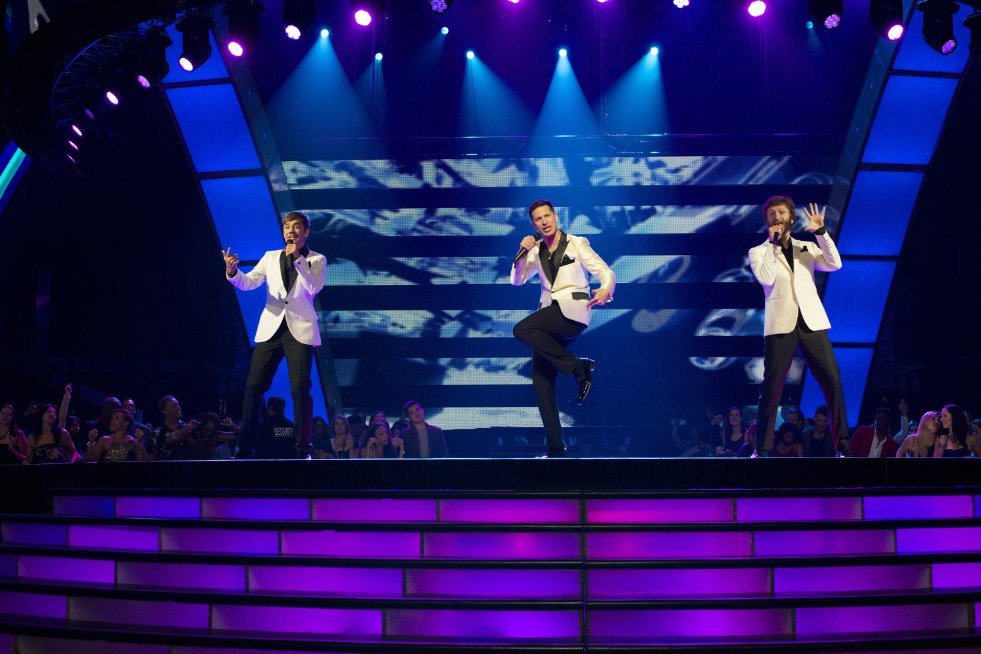 During his years on Saturday Night Live, Samberg was known for his short films. Given 5-10 minutes, Samberg was (more often than not) able to develop a witty interlude to the otherwise live show. Here, co-writing with ex-SNL compatriots Akiva Schaffer & Jorma Taccone (who share a directing credit), he crafts what is essentially a short and expands it to at least three or four times its best length. A 30-minute Popstar might have been brilliant. The 85-minute version is overlong, repetitive, and not funny enough to justify its running time.

Popstar is presented as a “documentary” chronicling the rise and fall of Connor4Real (Samberg), the former front-man of a trio who found stardom on his own. Ex-bandmate Owen (Taccone) has stuck with him all these years working as a DJ but Lawrence (Shaffer), nursing a grudge, has left the music business to become a farmer. When Connor’s sophomore album flops and his tour struggles to fill seats and satisfy sponsors, he, his manager (Tim Meadows), and his publicist (Sarah Silverman) are forced to do some “out-of-the-box” thinking to keep his career from flat-lining. That includes adding an opening act to his concerts and showing a “softer side” of himself to the media via an orchestrated proposal to his girlfriend (Imogen Poots). 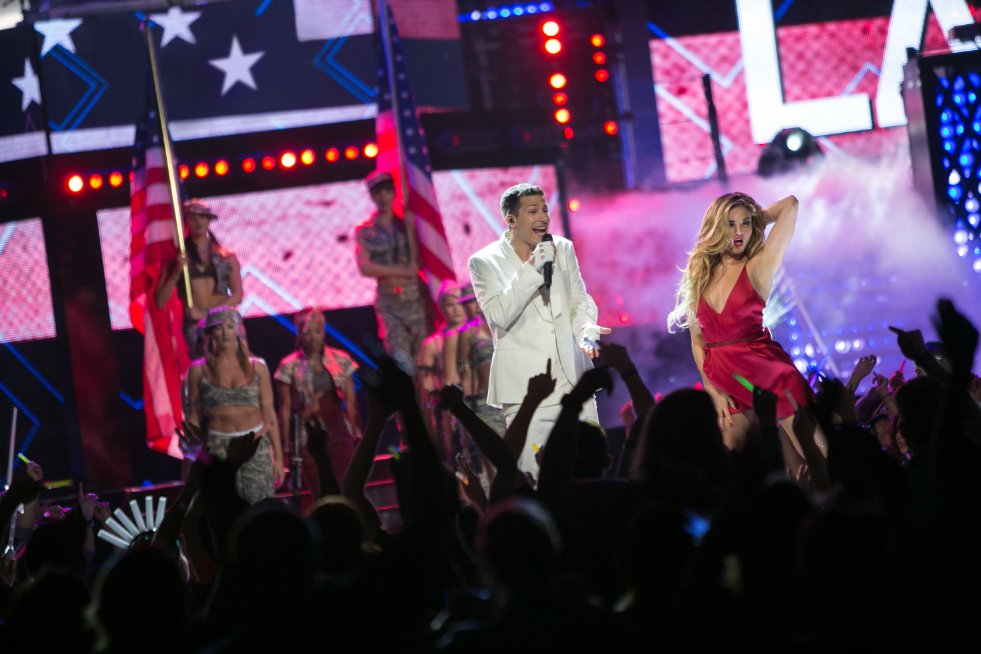 Like This is Spinal Tap, Popstar meanders, mixing interviews and “archival material” with its ongoing narrative. What’s lost here is any reason why we should care about someone as narcissistic and moronic as Connor. His failure is something to relish; when the movie tries to inject a little “drama” into the proceedings, no matter how halfhearted, it doesn’t work. Samberg clearly has a soft spot for his alter-ego but he never conveys to the audience why we should care about the character as more than a representation of all that’s wrong in the music industry. The “happy ending” can be seen almost as a betrayal of the central message.

Even though Lorne Michaels isn’t listed as a producer, this is every bit as much a big screen SNL offering as the Coneheads and Wayne’s World movies. Half the cast is populated by previous stars (Samberg, Bill Hader, Maya Rudolph, Will Arnett, Will Forte, Jimmy Fallon), so it comes as no surprise that the unevenness that infects the popular late-night show is evident here. When Popstar clicks, it can be amusing and incisive. Too often, however, it feels lazy and derivative and it’s difficult to recommend something that, despite offering a few solid laughs, is instantly forgettable.