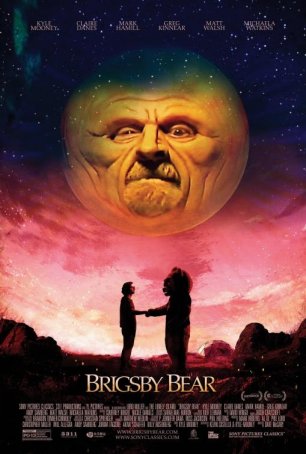 An indie film with a lot to say, Brigsby Bear can be accused of a lot of things, but lack of ambition isn’t among them. For his feature debut, Good Neighbor comedy troupe founder and SNL segment director Dave McCary has swung for the fences and, although the results are mixed, the movie as a whole works well enough on its own terms to be worth a recommendation. With pathos and comedy existing side-by-side, there are some tonal issues, and the movie occasionally ignores real-world logic to advance the narrative. But the story is engaging and McCary provokes an emotional response with his careful and nuanced handling of the main character’s mindset and situation.

Some spoilers follow, although nothing is revealed in this review that occurs beyond the 30-minute mark…

As the movie begins, it looks like Brigsby Bear will be a post-apocalyptic story about a family confined within a hermetically sealed home with airlocks to keep out the poisonous atmosphere. James (Kyle Mooney) lives inside with his father, Ted (Mark Hamill), and his mother, April (Jane Adams). With little to do, he obsesses about his favorite (and only) TV show, Brigsby Bear, an ‘80s-style program that continues to be made despite the current world conditions. What James doesn’t know is that Brigsby Bear is being made for an audience of one: him. He was kidnapped as a baby by Ted and April and they have lived on the lam in a remote Utah location for more than 30 years. There’s nothing wrong with the air – that’s a lie designed to keep James from trying to leave. Ted has the knowledge and experience to produce new episodes of Brigsby Bear weekly – a task that he does with religious regularity. But when the police finally catch up with the kidnappers, James is in for a culture shock. Not only is he lacking in the social skills necessary to interact with “normal” people but he is uncomfortable around his birth family – father Greg (Matt Walsh), mother Louise (Michaela Watkins), and sister Aubrey (Ryan Simpkins). Most shocking of all, however, is the revelation that Brigsby Bear isn’t a real TV show and he is being asked to give it up to move on to a new life. 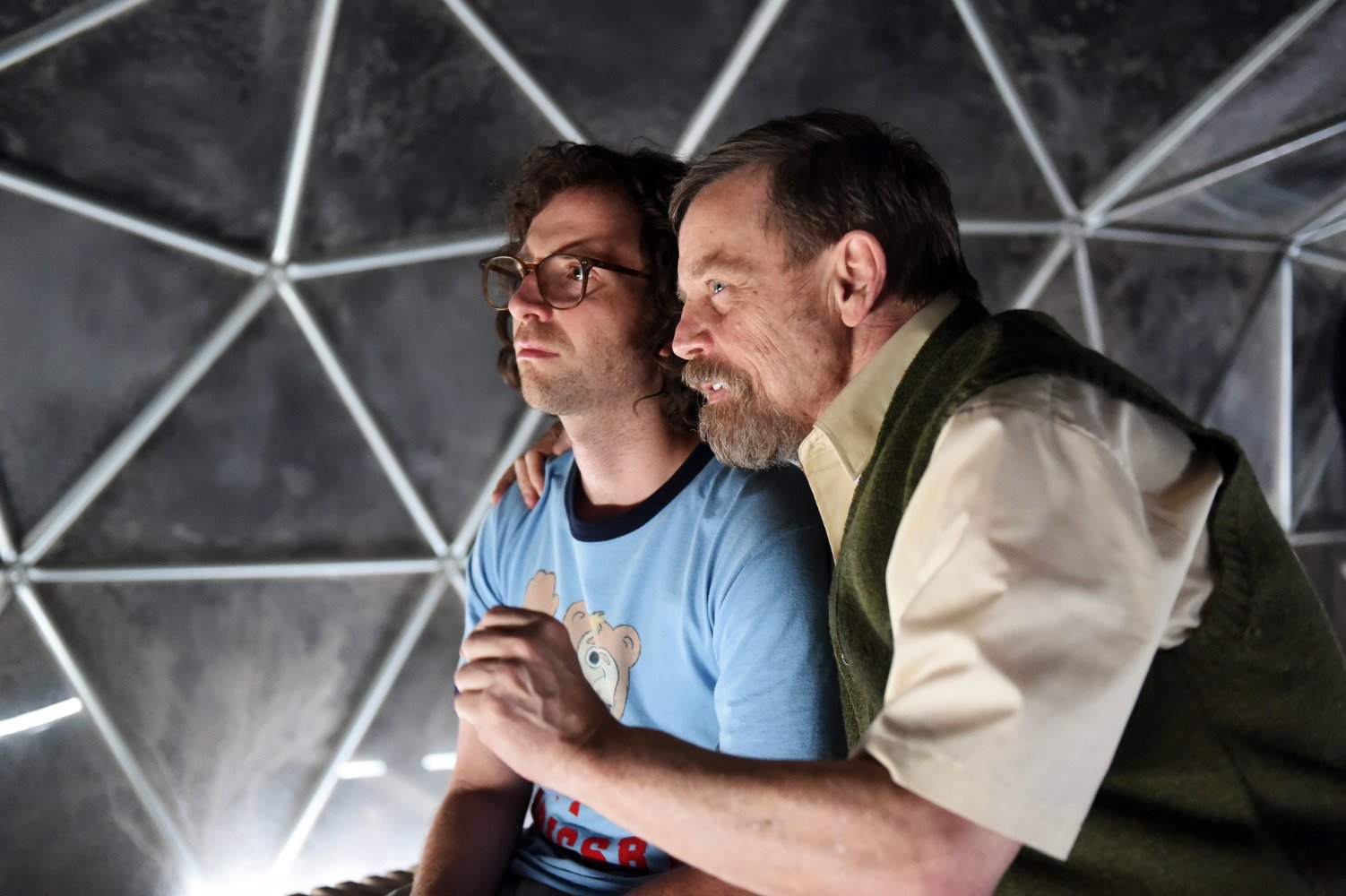 Most of the movie’s comedy evolves from the fish-out-of-water situations in which James often finds himself. Although we see glimpses of the tragedy associated with his kidnapping, the decision to present the narrative through James’ eyes mutes it. If you want a complex exploration of the deep emotional wounds inflicted on all parties as a result of this situation, Brigsby Bear isn’t what you’re looking for. Although James understands that what Ted and April did was wrong, he doesn’t remember being stolen and, as a result, he finds it hard to cast aspersions on his “old parents.” He’s old enough that having his life uprooted is less traumatic than it might have been had this happened when he was younger; his greatest upheaval is coping with Brigsby Bear’s “unreality.” However, through the magic of YouTube and with the help of a new friend, he is able to upload old episodes of Brigsby Bear and share them with the world. Predictably, they become a cult, kitschy phenomenon.

Brigsby Bear is a coming-of-age story for a man who biologically came of age many years ago. (Star Kyle Mooney is in his mid-30s.) It’s about finding himself. His love of Brigsby Bear leads him into the world of filmmaking. The movie is sweet and life-affirming but not without flaws. The psychologist character played by Claire Danes is perhaps the worst therapist ever and the story arc surrounding James’ re-integration into society is difficult to believe. Are we supposed to accept that, with the exception of Danes, his immediate family, and a detective played by Greg Kinnear, he has no support system to help him through the transition? Some of the tone shifts in Brigsby Bear are abrupt as it veers from comedy to drama and back again. 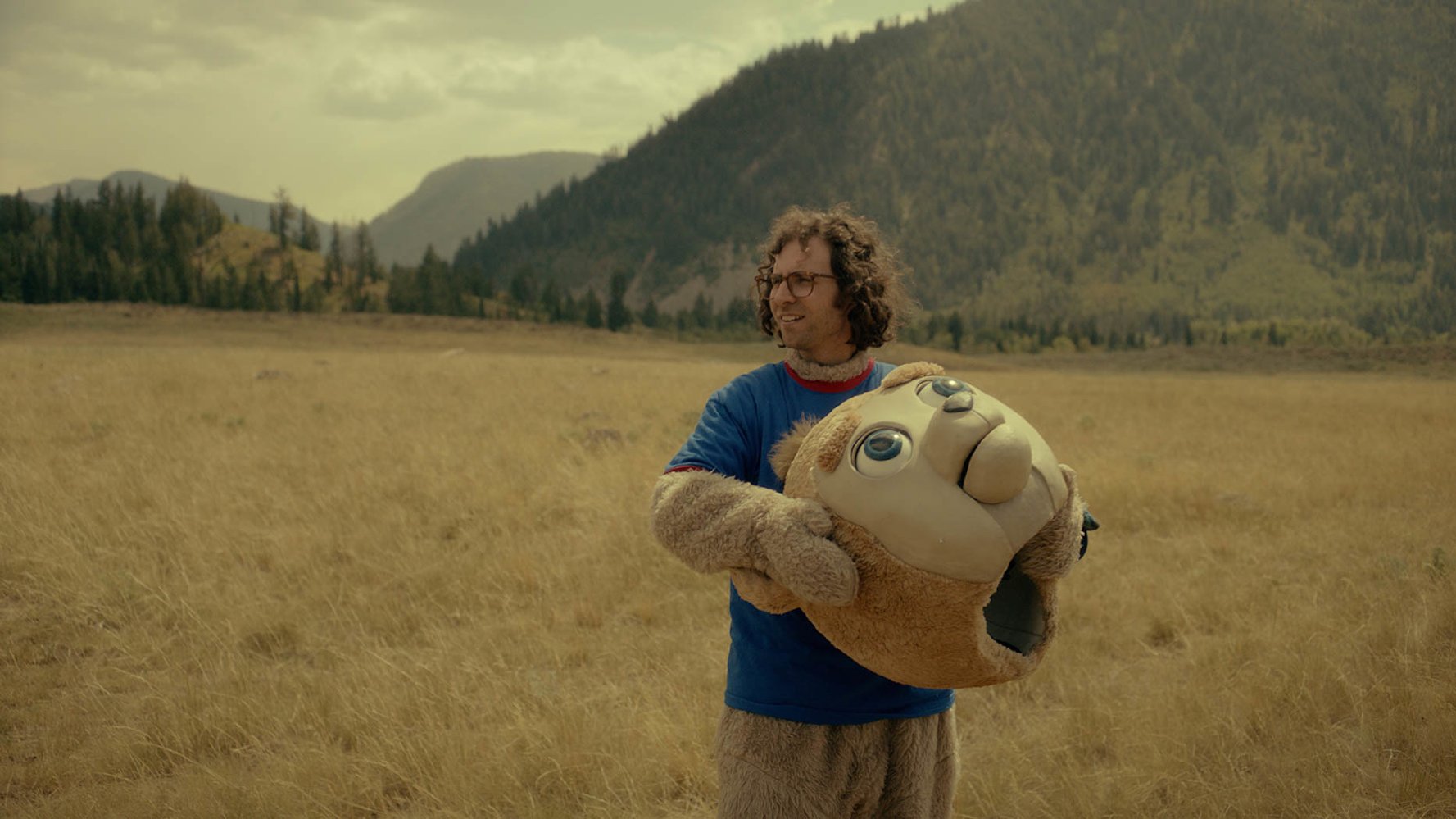 Mooney, a member of McCary’s comedy troupe (and allegedly a “friend since elementary school”), portrays James as a cross between Brendan Fraser in Blast from the Past and Napoleon Dynamite. Mooney is better at comedy than drama – he has a difficult time with some of the film’s weightier moments. The supporting cast is strong and features several high profile names. (This may be the result of Phil Lord and Christopher Miller’s involvement – they are credited as producers.) Mark Hamill, whose profile is high at the moment, Greg Kinnear, Claire Danes, and Andy Samberg all lend their talent to the project.

Nostalgia plays a part in what makes Brigsby Bear work. Anyone who grew up with the cheesy kids’ shows of the ‘70s and ‘80s will recognize similarities here. The show is like bottom-of-the-barrel Sid & Marty Kroft with special effects that would make even Doctor Who fans laugh aloud. It provides a recognizable touchstone, however. Most of us adored a program like this in our early years and we look back with fondness. The difference here is that circumstances didn’t allow James to grow out of it.

Perhaps the best thing about Brigsby Bear is that it’s different and not afraid to be so. It’s weird without being off-putting and offers a different kind of experience than most films. Its failures in some areas are more than compensated for by its successes in others. It’s worth a couple hours’ investment.