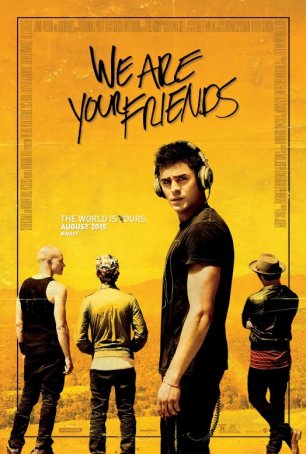 We Are Your Friends is presented in three very different acts. The first is at times fresh and inventive, with playful elements that enliven the narrative. The second is solid but familiar. The third is meandering and strangely unsatisfying, even though everything is neatly wrapped up leaving nary a dangling plot thread. A variation of the staple mentor/pupil storyline, We Are Your Friends gooses things by setting the scene in the music world and making the main characters EDM (electronic dance music) dj's. Although stopping short of taking the Pitch Perfect sports movie route (there are no competitions), the film nonetheless adopts the spirit of Mr. Miyagi's training regimen.

We Are Your Friends focuses on three key relationships in the life of lead character Cole Carter (Zac Efron): one he enjoys with the three members of his posse, Mason (Jonny Weston), Ollie (Shiloh Fernandez), and Squirrel (Alex Shaffer); one that develops with his mentor, superstar dj James Reed (Wes Bentley); and a simmering romance with James' squeeze, Sophie (Emily Ratajkowski). When it comes to character interaction, the strongest scenes feature Cole and James. Zac Efron and Wes Bentley play well off one another. Less interesting is the love triangle, in part because the sparks between Efron and Emily Ratajkowski are fitful at best. Worst is the interplay among Cole and his buddies, none of whom are adequately developed beyond scoring high on the "annoying" scale. 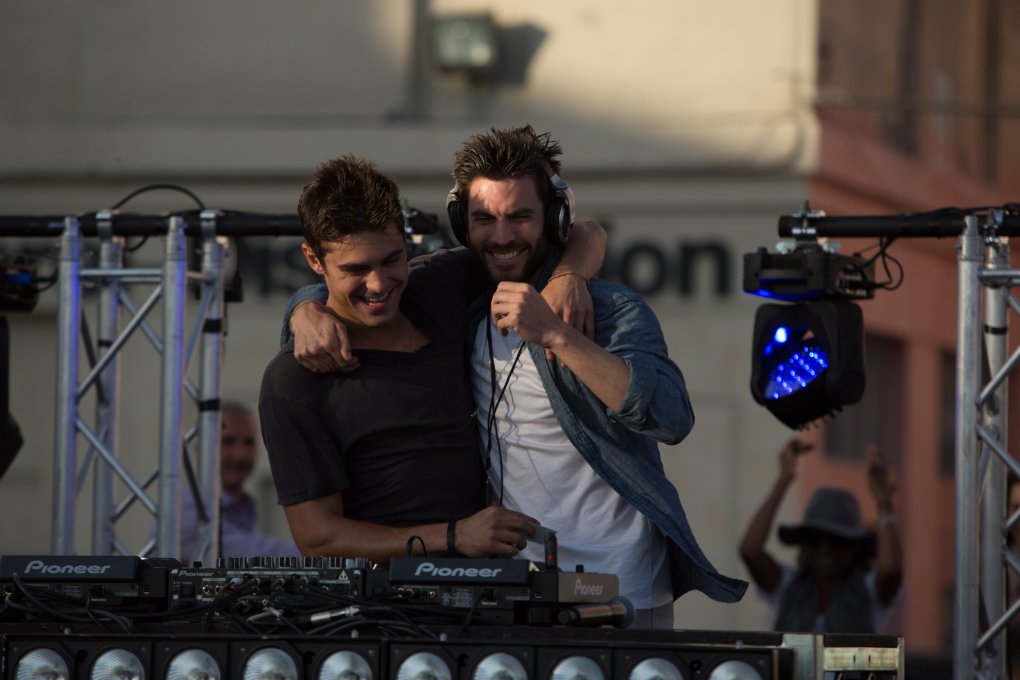 The musical sequences throb with energy and this allows We Are Your Friends to maintain its trajectory when its momentum flags. Early in the proceedings, there are some creative, clever moments. Director Max Joseph uses animation to illustrate Cole's perspective while under the influenced of PCP. Later, Cole provides viewers with (via voiceover) a primer on the science of being a dj. It's an effective and informative segment that (oddly) reminded me of the insider's information portion of Martin Scorsese's Casino.

By the time We Are Your Friends reaches its midpoint, it has settled into a predictable, routine drama about James and Cole's relationship - how this is influenced by his ties to his friends and the ways in which Sophie's presence skews things. Toward the end, the movie becomes poorly focused and, despite an impressively loud and pulsing climax, it limps to the finish line, losing its rhythm along the way. Certain complications, which seem important when they happen, are swept under the rug as if they don't matter. 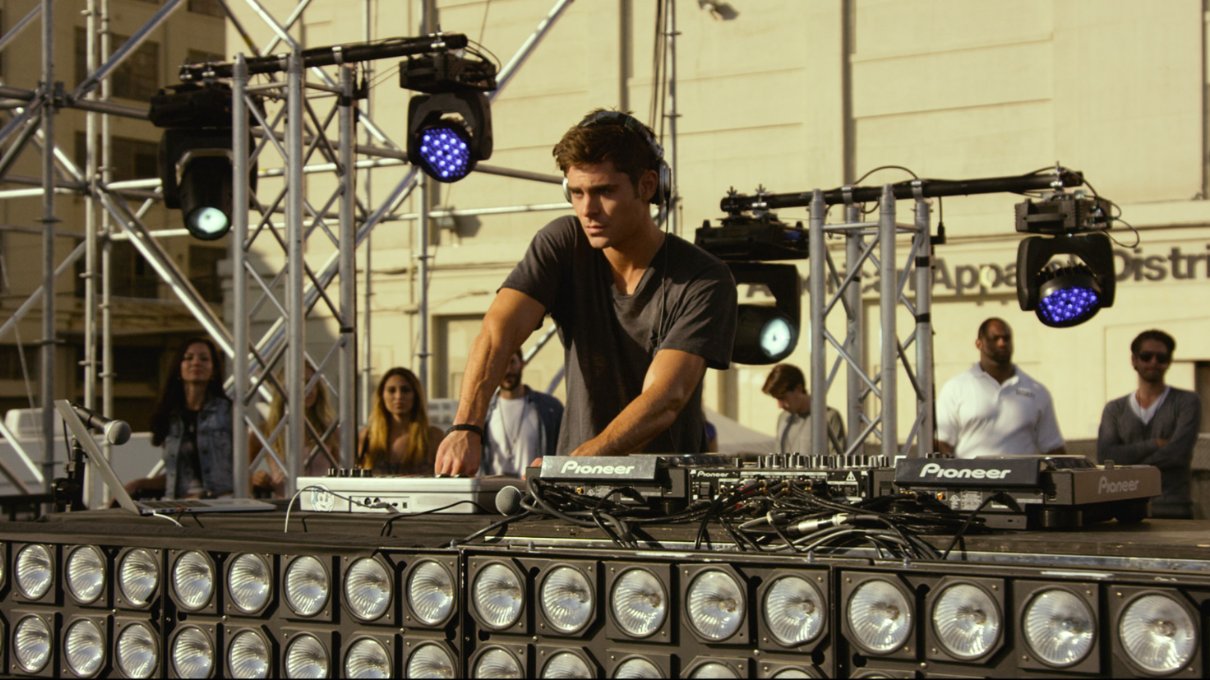 Intensity is a missing ingredient.  One can make a reasonable parallel between We Are Your Friends and last year's Whiplash. Although the relationship between Cole and James is nowhere near as contentious as that shared by Miles Tellers' Andrew and J.K. Simmons' Fletcher, there are similarities. Ferocity fueled Whiplash, diminishing the influence of clichéd plot elements; We Are Your Friends is too laid back for its own good. It feels familiar because it is familiar. The music sequences (with their thumping soundtrack and flailing bodies) provide caffeinated jolts but they don't last. In fact, coming down from the high of a pool party to the antics of Cole's friends is dispiriting.

For Zac Efron, this is the latest in a line of attempts to gain credibility as a serious actor; the stigma of being a Disney idol has clung tenaciously to his reputation. His performance is okay but he's too low-key to leave an impression. As for Emily Ratajkowski, We Are Your Friends trades on her physical charms (the camera isn't bashful about where it focuses in her early scenes) but allows her to keep her clothing on. Her performance, like Efron's, is good enough for the material but no better. The only one to rise above what he's given is Wes Bentley, who makes James into a world-weary, conflicted man at the ripe old age of 37.

Like so many movies arriving in theaters at this time of the year, We Are Your Friends is a square peg in a round hole. It's a watchable distraction but there's nothing sufficiently special to warrant a trip to a theater and there's no obvious audience outside the shrinking circle of Efron's fans. If you find yourself in an auditorium watching We Are Your Friends, there's no need to get up and leave. On the other hand, there's no compelling reason to be put in that position in the first place.