The Affair is a tale of thwarted romance that spans decades. It aims to be an epic saga illustrating how war, governmental policy, cultural shifts, and geography place invisible barriers that keep two lovers apart for a generation during the middle years of the 20th century. The problem with The Affair is that once the World War II segments have ended, the movie loses its momentum and ability to balance both sides of the romance. The film’s final 40 minutes, which chronicle the years between VE Day and the end of the so-called “Prague Spring” (1968), may be confusing historically to those without sufficient background.

When the movie was originally released, it bore the moniker of The Glass Room. That title, although appropriate for the story, was deemed unmarketable so the film was re-named The Affair. This could lead to some confusion because, in addition to not really being about an affair, it has the same title as a recent Showtime TV series/

The movie opens in 1930s Czechoslovakia with its focus on the newly married cosmopolitan Jewish couple of Liesel (Hanna Alstrom) and Viktor (Claes Bang). Viktor commissions a unique house from noted architect Von Abt (Karel Roden). Marriage doesn’t go smoothly for the couple, however. Viktor is unfaithful and Liesel develops romantic feelings for her friend Hana (Carice van Houten). Then the war arrives and, as the Nazi shadow falls across the land, Liesel and Viktor are forced to flee to Switzerland. Hana remains behind. As things grow darker in German-occupied Czechoslovakia, Liesel and Hana attempt to maintain a correspondence but many of their letters are intercepted and things don’t improve once the Soviets come into the picture. 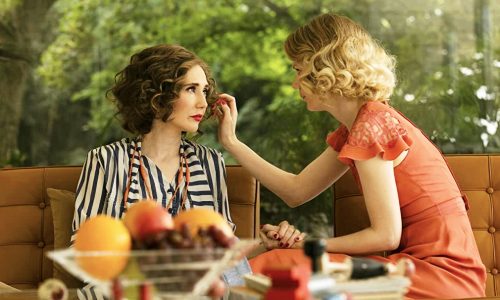 For roughly an hour of the 104-minute running time, The Affair balances the soap opera elements of Liesel and Hana’s slow-burn romance and Viktor’s infidelity with the dangers presented by the advance of World War II. Even after the characters are separated, the movie presents an effective chronicle of the difficulties faced by Liesel in exile (where her lifestyle is greatly diminished from what she’s accustomed to) and Hana, now the mistress of the airplane designer who has moved into Liesel and Viktor’s house. After the war, the filmmakers struggle to encapsulate two decades of history into about a half-hour. The focus is almost exclusively on Hana – Liesel becomes an off-screen presence who reemerges in the final 15 minutes. 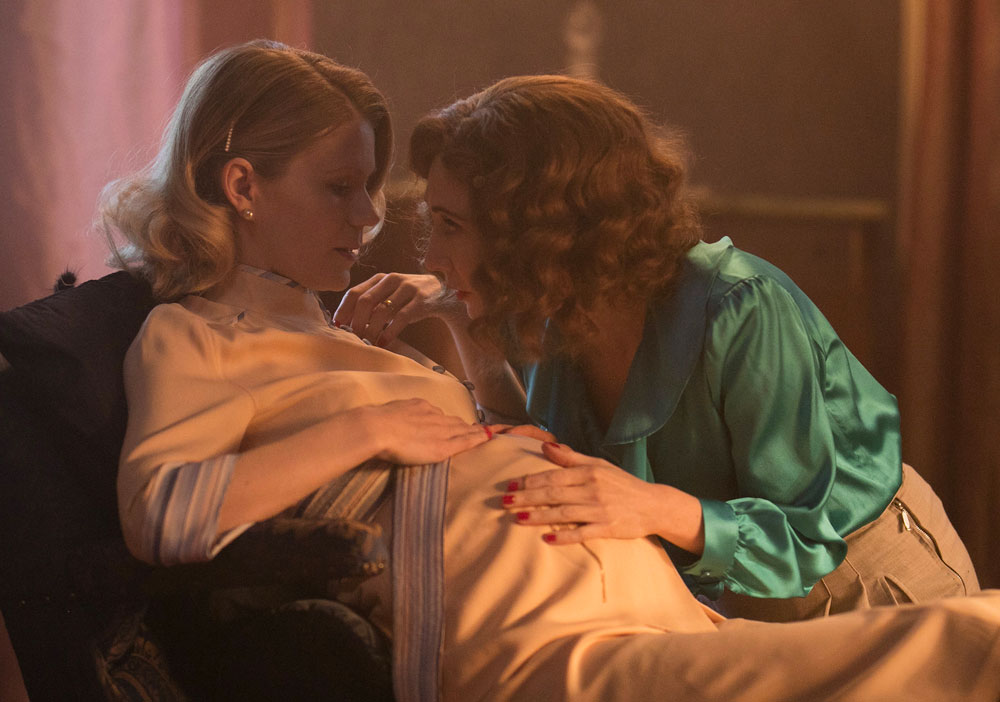 One of the most important aspects of any romance, regardless of the sexual orientation of the characters, is that the connection between the lovers has to be palpable. Here, in large part because the two spend so little time together before circumstances force them apart, the chemistry never develops. The Affair is most interesting in the way it provides a window into history from the waning days of the short-lived First Republic to the Warsaw Pact intervention that ended the liberalization of the Prague Spring. The film’s attempts to trace the lives of individuals through this turbulent period doesn’t succeed as well as it might, despite strong performances by the three leads. This may be a case when a complex and detailed novel is able to paint a canvas that loses too much when animated for the screen with the attendant compromises necessary to achieve a reasonable running time.

History buffs, especially those with an affinity for World War II stories and/or an interest in 20th century Czechoslovakia, may enjoy what The Affair has to offer. Those more intrigued by the lesbian romance might be disappointed by the disjointed manner in which it is represented and the difficulty of maintaining its allure to viewers when the characters are separated for an extended period.