The Last Vermeer is something of an old-fashioned courtroom melodrama, complete with impassioned speeches, a sneering prosecutor, an antagonistic judge, and a last-minute gotcha! For those who enjoy this kind of “it only happens in the movies” version of jurisprudence, The Last Vermeer delivers. (Although based on real events and real people, the trial proceedings are mostly invented by the screenwriters. They did not rely on a court transcript when writing their fiction-is-stranger-than-truth scenes.) While the legal stuff provides the film’s crowd-pleasing element, some of the foundational building blocks give The Last Vermeer a little heft, elevating it to a level where one is almost tempted to call it a quasi-art house production.

In the wake of a revolution or a liberation, there is sometimes a period of mob rule in which the former victims, drunk with the new power of freedom, visit upon their oppressors the same kind of viciousness that they previously received. No quarter, no mercy, no forgiveness – only retribution. That’s the context of The Last Vermeer – a post-World War II story that illustrates (at least in part) the ugly fate of those who, having collaborated with the Germans during the height of Nazi power, lost their power, their reputations, and (in some cases) their lives once the Allies arrived. One scene in particular illustrates this, helping to explain the determination of Captain Joseph Piller (Claes Bang) to defend his prisoner, Han van Meegeren (Guy Pearce) from members of the new Netherlands government, who would like nothing better than to see van Meegeren found guilty of collaboration and shot. 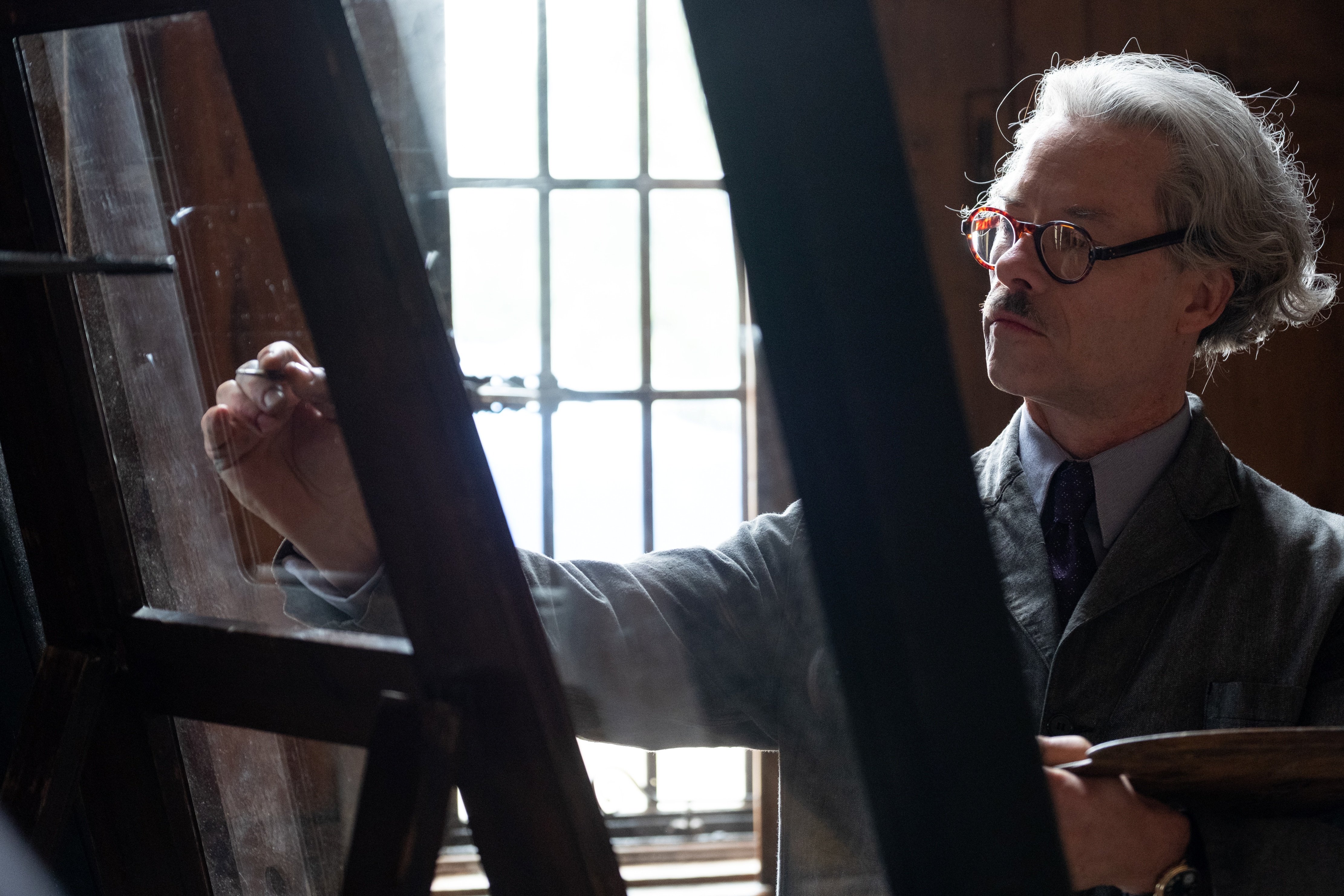 Piller’s story is straightforward. A Jew, he joined the Dutch Resistance and went underground while his wife remained behind to fraternize with the enemy and provide actionable intelligence. Now that the war is over, Piller is an officer in the Allied reconstruction corps. His job calls for him to investigate possible links between high-priced art sales and espionage; this leads him to van Meegeren, a flamboyant failed artist-turned-art dealer who readily admits to having sold a Vermeer to Hermann Göring – but there’s a twist. According to van Meegeren, the masterpiece was a forgery, painted by van Meegeren himself. He wasn’t collaborating with the Nazis, he was defrauding them.

A core of anger burns deep within van Meegeren and the root of his cause provides fodder for consideration. What constitutes great art? Why are some painters regarded as masters and others with arguably equal skills, dismissed? Van Meegeren blames art critics and other similar “experts.” He claims that his chance at fame was stolen from him because he refused to seek their approval. He takes solace that he is able to pull the wool over their eyes and have them fawn over his fake Vermeers.

Piller and van Meegeren are polar opposites – a study in contrasts. The former is rigidly formal with strong beliefs about what’s right and wrong. He doesn’t bend to the wind or seek an easier path. The latter, on the other hand, is bold and theatrical. Van Meegeren is amoral and the viewer has little trouble accepting that, under the right circumstances, he might have cozied up to Göring (or even Hitler) if it served his purposes. He’s charming and charismatic and is able to gain Piller’s advocacy by manipulating the Captain’s deep sense of law & order. 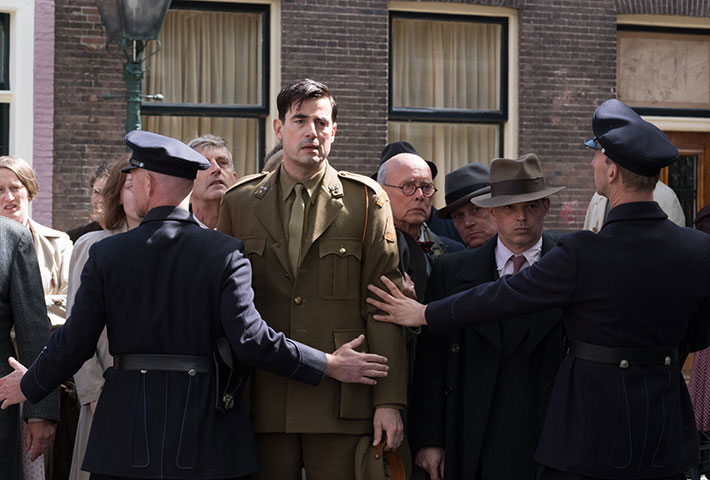 The Last Vermeer is as much about personalities and performances as it is about the clumsily constructed story. The narrative is scattershot, failing to flesh out Piller as strongly as it should. His quasi-romantic relationship with a co-worker (played by Vicky Krieps) is bungled; its resolution is confusing and poorly motivated. Actor Claes Bang handles the somewhat thankless job of portraying Piller with unimpeachable aplomb, understanding that he is playing second fiddle to Guy Pearce. Actors love colorful roles like van Meegeren and Pearce inhabits this one with relish. In the strange year of 2020, it’s impossible to handicap any Oscar race but this is the kind of portrayal the Academy often delights in. Worthiness, however, may not be a key factor at a time when politics and a pandemic have altered the awards terrain.

By its title and subject matter, The Last Vermeer may seem to hold little attraction for anyone without an art history degree. In actuality, however, it has been mounted with as much mainstream appeal as one can imagine from a story set during this turbulent time. Although there are no true villains, the system itself is a reasonable stand-in and the courtroom proceedings are riveting (if artificial). The film’s historically accurate underpinning (van Meegeren was a real forger who did indeed sell a fake Vermeer to Göring) gives it a unique quality; the end result is an entertaining if uneven mixture of post-World War II fact and fiction.