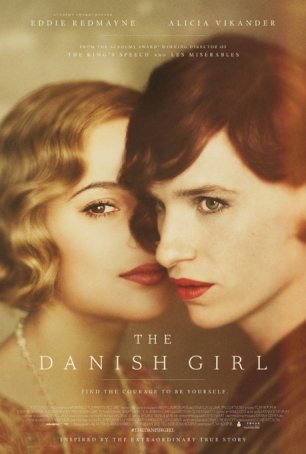 There’s an inevitability about The Danish Girl being well received by critics and at awards ceremonies.  This is, after all, a movie with a strong social message about tolerance and inclusivity. Dramatically, however, it’s a mixed bag. There’s a sense that everything is almost a little too tasteful, too buttoned-down. Director Tom Hooper takes few chances and the result is as often bland as it is riveting. The Danish Girl wants to be seen as an “important” film but, like Hooper’s Oscar-winning The King’s Speech, it likely won’t be well remembered past Oscar season.

The Danish Girl is only “based on a true story” in the vaguest sense of the words. Lucinda Coxon’s screenplay adapts David Ebershoff’s novel, a heavily fictionalized biography of Einar Wegener/Lili Elbe (Eddie Redmayne), the first recipient of gender reassignment surgery. Ebershoff never pretended to be writing a biography; he changed details large and small and admitted the final result to be a work of fiction. The Danish Girl makes no attempt at greater historical accuracy so those believing it to be a portrait of the real Einar/Lili and his/her wife, Gerda (Alicia Vikander), will be disillusioned to learn that’s not the case. The historical veracity (or lack thereof) of the production, however, has little bearing on its dramatic impact.

The film begins with happily married painters Einar and Gerda Wegener navigating the social circles of 1926 Copenhagen. When one of Gerda’s models no-shows for a sitting, she persuades her husband to don stockings and a dress and stand-in. Einar likes the experience of posing as a woman and, for a while, he and Gerda use his cross-dressing as a means to spice up their sex life. Gerda becomes concerned, however, when Einar is no longer able to put aside his female persona, Lili, at will - even going so far as to kiss another man (Ben Whishaw). As life in Denmark becomes more difficult, Gerda and Einar travel to Paris, but the situation doesn’t improve. Seeking help for her husband, Gerda locates Einar’s childhood friend, art dealer Hans (Matthias Schoenaerts). This leads to a complicated love triangle involving Einar/Lili, Gerda, and Hans. Gerda and Einar visit various doctors, most of whom believe Einar to be insane, until they meet Dr. Warnekros (Sebastian Koch). He agrees that Einar may be a woman trapped in a male body and claims to have developed an experimental surgical procedure that can correct the problem. 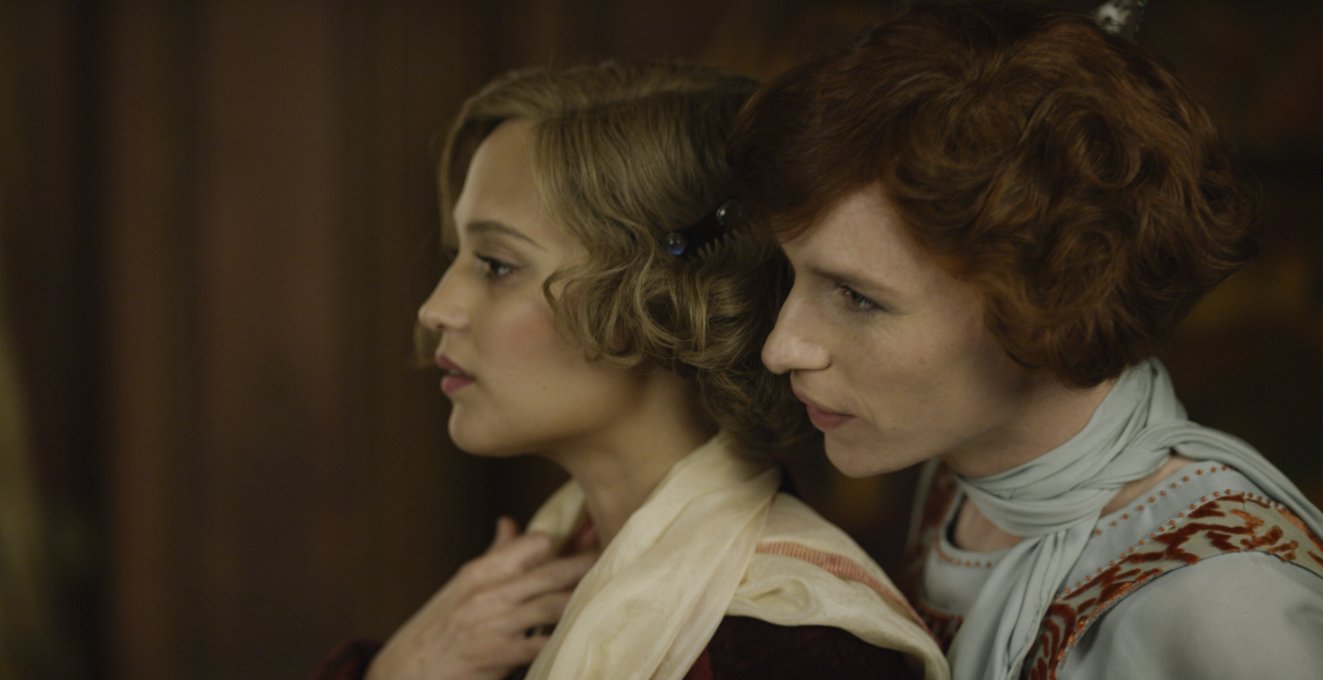 To the degree that The Danish Girl fails to reach its full potential, it’s through no fault of the actors. Both Eddie Redmayne and Alicia Vikander are fully committed to the material and that commitment is apparent in the depth and strength of their work. They hold nothing back. Redmayne, who showed a chameleon’s ability in The Theory of Everything, makes the gradual graduation of Einar to Lili believable - from the initial shyness and awkwardness of a man dressing as a woman to the growing confidence after she has had the first (of two) surgeries. Vikander’s performance is less showy but more powerful. Her character undergoes an internal transformation as Gerda must learn to surrender the man she loves in order to allow him to achieve fulfillment. Vikander makes Gerda a deeply sympathetic individual. On the whole, The Danish Girl does a better job dramatizing Gerda’s ordeal than Einar’s. Although the movie chronicles Einar’s pain and the difficulties and uncertainty he experiences, he is never as fully realized as Gerda and is defined almost exclusively by his gender dysphoria. She is the more compelling character in this story and there are times when we wish the movie would explore her experience more fully. Perhaps this is because Gerda is more relatable to most audience members but The Danish Girl does a better job dissecting her psyche than Einar/Lili’s.

Watching The Danish Girl, it’s possible to get some feeling for the deep sense of self-alienation a transgendered person can experience but the movie’s aloof tone creates distance between the viewer and the lead characters. We understand intellectually what’s going on but we don’t always feel it. Hooper doesn’t want The Danish Girl to have an edge (what he chooses to show is mainstream and uncontroversial for an R-rated movie) but that may be precisely what it needs to blossom. As it is, it’s a half-open flower offering glimpses of beauty and fragility but failing to enrapture the viewer. The performances, Vikander’s in particular, are where The Danish Girl shines. This isn’t a bad thing but a scintilla of dissatisfaction emerges from not being devastated by a movie with such a tragic vein.