Aside from the title, the basic concept, and the use of the surname “Griffin,” Leigh Whannell’s “reboot” of The Invisible Man bears little resemblance to the 1933 classic Universal monster movie and even less resemblance to the 1897 H.G. Wells novel that inspired it. In deciding to set this new interpretation in 2020 (rather than in the late 1800s or 1930s), Whannell is forced to jettison most elements of a storyline that has been made obsolete by technological advances. Unfortunately, this proves to be a double-edged sword because Whannell fails to address how easily the power of invisibility can be foiled in today’s world where anyone can buy cheap (less than $200) infrared goggles for overnight delivery.

As was the case in his two previous high-profile gigs (where he served as the writer), Saw and Insidious, Whannell starts out strong but loses his way during the second half. The movie opens with a tense sequence in which a woman, Cecilia (Elisabeth Moss), orchestrates an escape from the house she shares with a controlling, abusive lover, Adrian Griffin (Oliver Jackson-Cohen). The sequence is masterfully orchestrated, from the use of surveillance footage to the panning of a camera to a seemingly empty space (a trick repeated later in the film to hint that an invisible presence might be there) to the crashing of waves outside of the ocean-view mansion. The Invisible Man is almost worth seeing for these fifteen minutes alone.

As the story develops, we begin to wonder whether Cecilia is insane or being gaslighted by the allegedly dead Adrian (who killed himself shortly after her departure). A brilliant scientist specializing in optics, Adrian was working on a super-secret project that Cecilia believes may have allowed him to become invisible. Her belief that he is stalking her and doing subtly malicious things to her sounds bonkers to her sister, Emily (Harriet Dyer); her friend, James (Aldis Hodge); and James’ teenage daughter, Sydney (Storm Reid). 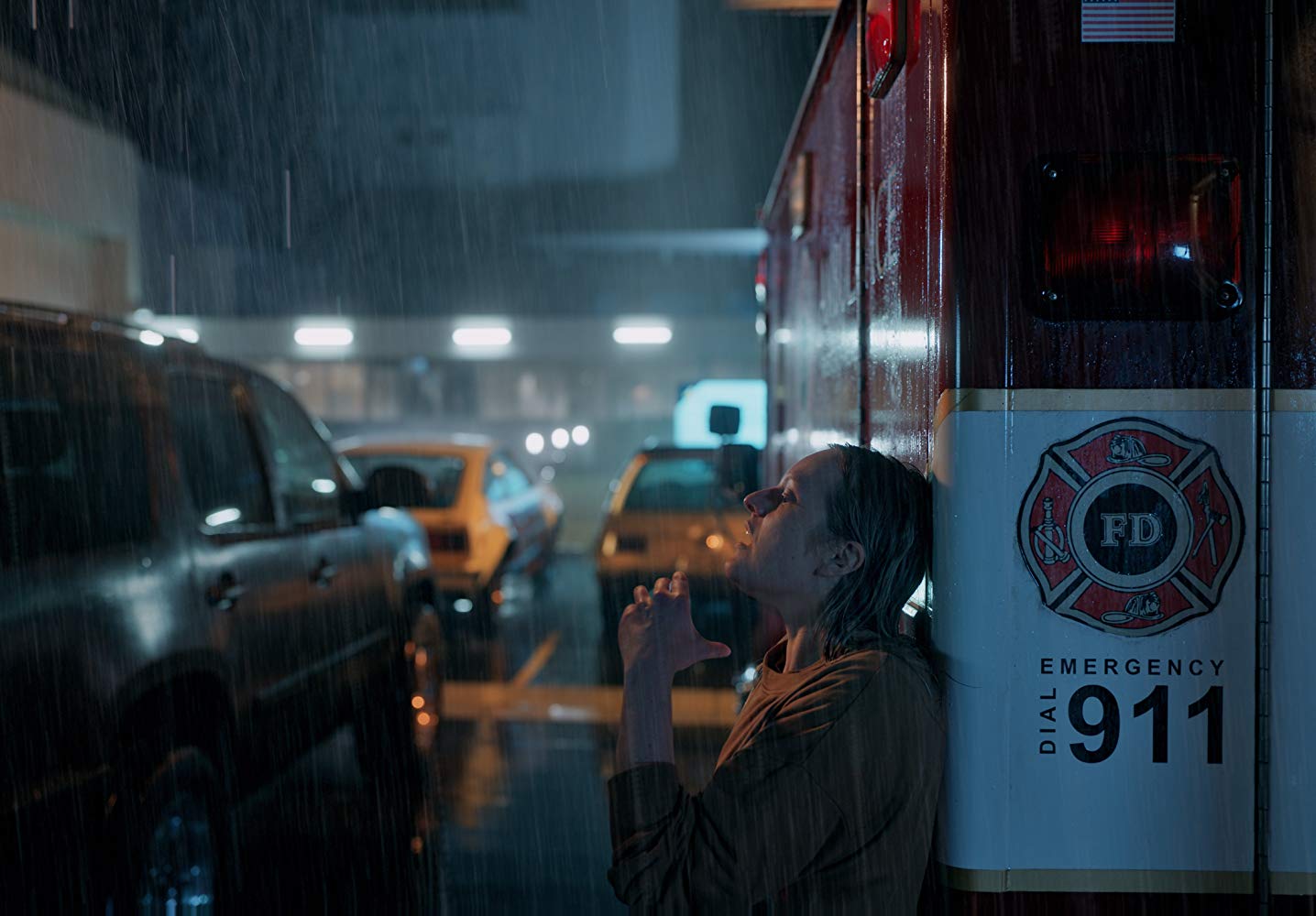 Unfortunately, during the movie’s second half, the narrative begins to rely too much on horror/thriller conventions and the overall intelligence level takes a noticeable nosedive. All the really good stuff – like a scene in which the cause of a cook-top fire is shown to attentive viewers or a shock slashing – happens before the 75-minute mark. The ending, although satisfying on a certain level, is obvious and predictable. There are a number of occasions when Whannell avoids taking the proceedings in a radical direction for fear of turning off the core audience, members of which tend to be more impressed by a by-the-numbers approach. We end up with a cross between H.G. Wells and Sleeping with the Enemy.

This is one instance when the title character is not the lead. In fact, The Invisible Man (for obvious reasons) doesn’t appear often throughout the proceedings. The story instead focuses on Cecilia and puts the onus on actress Elisabeth Moss (who better?) to carry things – something she accomplishes with great ability, portraying a woman who is being pushed and manipulated into thinking she’s losing her mind. There are echoes of Ingrid Bergman in this performance – not only from Gaslight but from Notorious. The secondary performers are all strong, especially that of Aldis Hodge as James the Good Cop, but this is Moss’ movie from start to finish.

In terms of re-imagining a classic monster movie, this is perhaps the most drastic departure from its inspiration since David Cronenberg’s The Fly, which retained only the skeleton of the original. One could argue that The Invisible Man keeps less – even the iconic bandaged appearance is gone (although there’s a quick nod to it during a hospital scene). On a pure horror level, the movie is effective at developing suspense (even if it’s a little skimpy on the actual scares) and, although too much of the final half-hour feels like a cookie-cutter collage of familiar moments, it delivers an adequate main course for a time of the year in which movies of this genre clog the box office. One senses, however, that those who will enjoy The Invisible Man the most are those who think Wells are holes in the ground and Rains are droplets that come from the sky.