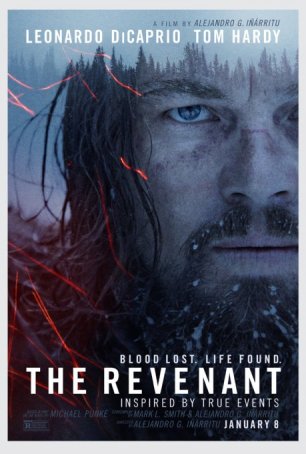 The Revenant, Alejandro Gonzalez Inarritu’s follow-up to his Oscar-winning Birdman, plays like a cross between Terrence Malick and Sam Peckinpah. As unlikely as such a conflation might seem, the result works - sometimes to stunning effect. In a year when no fewer than five films have dealt with themes of man vs. nature and survival (including The Martian, Everest, In the Heart of the Sea, and A Walk in the Woods), The Revenant is by far the most brutal, challenging, and astounding of these.

The Revenant is adapted from the novel by Michael Punke which in turn is a fictionalized account of the life of frontier legend Hugh Glass (Leonardo DiCaprio), a man who survived a bear mauling and, badly injured, traveled more than 200 miles across the 1823 wilderness to safety. The script (co-written by Inarritu and Mark L. Smith), using material from the book, enhances Glass’ journey, both physical and emotional, by giving him a Pawnee son, Hawk (Forrest Goodluck), and a more tangible reason for revenge against the men who left him behind, John Fitzgerald (Tom Hardy) and Jim Bridger (Will Poulter). 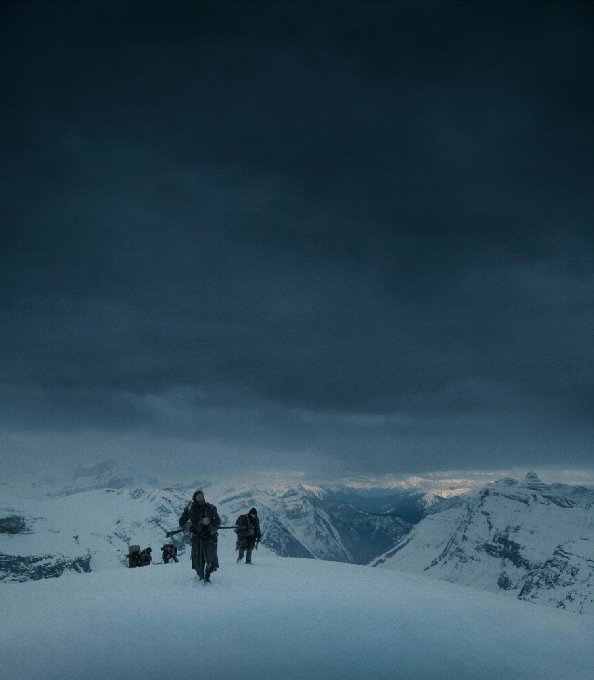 The Revenant is at times dreamlike, with gorgeous cinematography by Emmanuel Lubezki, who turns the frigid, wintry backcountry into a land that is equal parts forbidding and beautiful. The film is peppered with ground shots looking up at the sky through the trees and there are numerous extended takes (although nothing to compare with the “one-shot” of Birdman, for which Lubezki won his second consecutive Oscar). The comparison to Malick is not coincidental; Lubezki has lensed Malick’s five most recent features, dating back to The New World.

This was by all accounts a difficult shoot with Inarritu driving cast and crew with a James Cameron-like unwillingness to compromise. (DiCaprio, who participated in Cameron’s shoot for Titanic, was apparently unfazed by some of what Inarritu asked him to do.) The movie was shot on location in cold climes using natural light (no cozy studio scenes with wintry conditions imposed via CGI). The realism permeating the screen seeps into the theater. The urge to put on a coat and hunker down in the seat is almost overpowering. 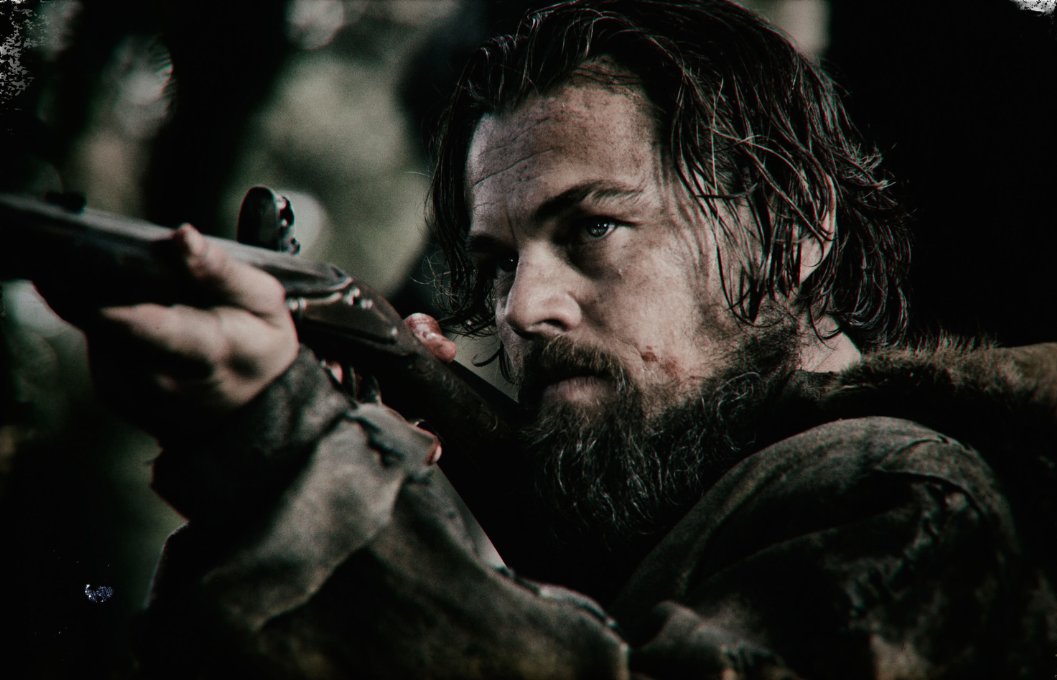 The word “revenant” refers to an animated corpse that has returned from death to haunt the living. It’s an apt descriptor for the film. The title character, Glass, is attacked and nearly killed by a bear while leading a small group of trackers to safety after a fur gathering expedition is ambushed by Arikara warriors. Although Glass manages to kill the grizzly, he is believed by the other members of the party to have suffered mortal injuries.  The commander, Andrew Henry (Domnhall Gleeson, considerably more subdued than in The Force Awakens), decides to press on but leaves three men behind to care for Glass while he lives (and to bury him when he dies). They are Glass’ half-Pawnee son, Hawk; the young and impressionable Jim Bridger; and the cynical John Fitzgerald.

Not long after the company’s departure, Fitzgerald determines that the best solution for all would be to put Glass out of his misery. When Hawk objects, Fitzgerald stabs him to death then buries Glass alive. He and Bridger depart but Glass is able to crawl out of the grave, cauterize his most serious wounds, set his broken leg, and start the long trek to civilized lands.  This journey occupies approximately half of the movie’s 150+ minute running time and showcases the most raw, primal performance DiCaprio has ever given. For an actor who made his reputation being a box office idol, there’s nothing attractive or physically alluring about him in this role. 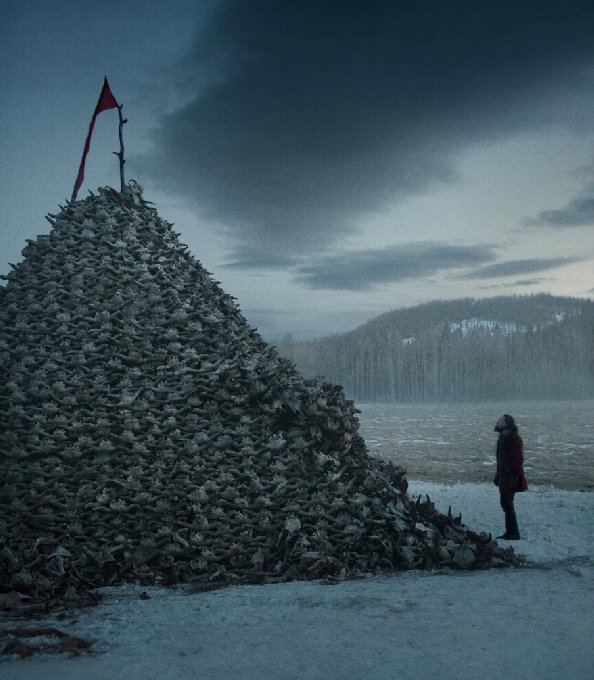 In a movie replete with unsettling moments and memorable scenes, the one most likely to disturb is the mauling. Presented without cutting away, The Revenant gives a realistic view of what can happen when a man comes face to face with an enraged mother bear protecting her cubs. The scene is bloody and brutal and some viewers may find it too intense to watch to completion. Fair warning to those who choose to see The Revenant: this sequence spares neither the character nor the audience.

Inarritu opts for a somber tone. Revenge films are often fueled by testosterone and anticipation. Neither is much in evidence here. It’s a slower, more serious-minded motion picture. Technically, The Revenant is a Western but, like most recent films of that genre, it can be considered a “revisionist Western” in that it dispenses with the traditional “cowboys and Indians” stereotypes in favor of more balanced interpretations based on human nature. That is, some of the Native Americans are warlike and bloodthirsty but others come to Glass’ aid. On the other side, Henry is helpful and sympathetic while Fitzgerald is the movie’s chief villain.

The Revenant is an experience - a more visceral and devastating look at seemingly impossible survival than even The Martian (although I would argue that the latter is, on balance, a slightly better film). Perhaps what’s most impressive about this film is how different it is from Birdman - an indication that Inarritu continues to challenge himself and his actors. The Revenant isn’t for everyone - it asks more from its audience than the average motion picture - but for those to whom the subject matter appeals, it will be among 2015’s most memorable theatrical options.