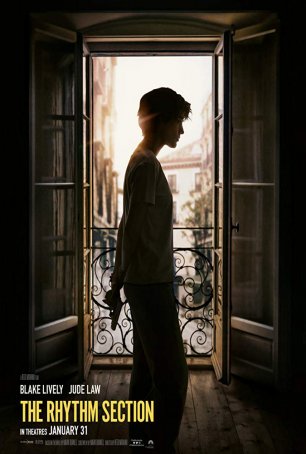 Three movies come to mind when considering The Rhythm Section, which screenwriter Mark Burnell has adapted from his novel of the same name (the first in the “Stephanie Patrick series”). Atomic Blonde and Red Sparrow are both superior stories featuring no-nonsense female spies. Then there’s In the Fade, which follows a “normal” woman when she seeks violent revenge following a terrorist attack that kills her family. A viewer would be better served by seeing one or more of those films than struggling through the dissonance of The Rhythm Section, which offers a few well-crafted individual scenes but overall is a mess.

When we first meet Stephanie Patrick (Blake Lively), she’s about to shoot someone in the back of the head. Following that teaser, we jump back eight months to a low point: her parents, brother, and sister have all died in a plane crash (we later learn that it was actually a terrorist bombing) and, following that event, her life had spiraled into oblivion. She’s a junkie who works as a hooker to feed her addiction. An investigative journalist named Proctor (Raza Jaffrey) finds her and tells her the truth about her family’s death: their plane didn’t crash – it was blown up by a mystery terrorist. He’s on the trail of the killer and, aided by a secret ex-MI6 contact (Jude Law), he’s getting close. 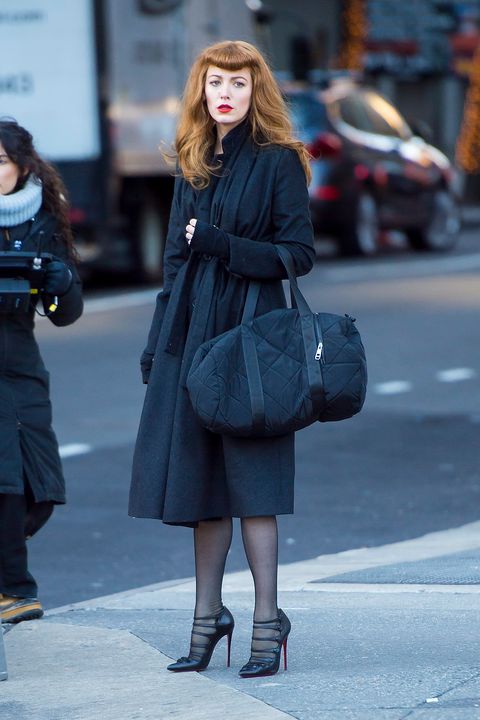 Stephanie decides she wants revenge so she gives up turning tricks and heads to Scotland where she locates Proctor’s contact. He’s mean to her at first but eventually agrees to train her after she swims naked across a freezing loch. (“Naked” in this movie invariable means keeping one’s underwear on. At some point, perhaps the filmmakers dreamed of a PG-13 rating.) Once the training is complete, Stephanie goes “into the field” as an assassin. Her targets are various people who were supposedly involved with the plane bombing. She’s put in touch with an ex-CIA agent (Sterling K. Brown) who seems to know everything and his information brings her ever-closer to the mastermind behind her family’s death.

Atomic Blonde had style and energy. The Rhythm Section could have benefitted from a little of either. Red Sparrow had grit and suspense. Those qualities would have elevated The Rhythm Section considerably. Some of the action scenes are effective (although at times the first-person presentation creates a sense of confusion – I’m still not sure why a car, after being repeatedly rammed, doesn’t go off the side of a cliff) but the movie is dramatically inert and the pacing often shifts from high-octane to out-of-gas. 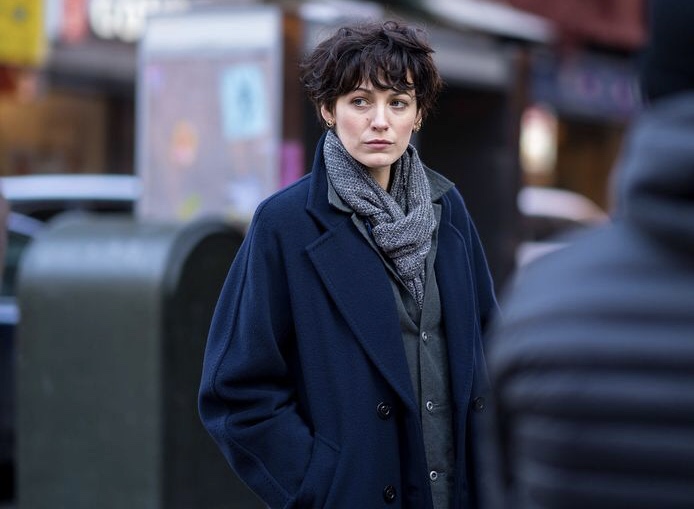 The structure is a problem that may have been necessitated by running time limitations. Stephanie’s background, which is critical to her character’s DNA, is presented in a perfunctory, no-frills fashion via a series of flashbacks. When we first get to know the character, she’s already damaged and it’s difficult to connect with someone whose only impulses are self-destructive. The flashbacks give us a hint of who she was before the tragedy but those glimpses aren’t enough. For a primer on how to do this sort of thing right, I suggest In the Fade, although it’s a tough movie to sit through. The pain endured by the Diane Kruger character in that film is so strong and immediate that it makes the emotions in The Rhythm Section seem stunted and artificial by comparison.

Playing ass-kicking spy Stephanie Patrick proves to be a stumbling block for Blake Lively in her quest to expand her repertoire. Although she possesses the physicality to bring Stephanie to the screen, her performance is robotic. While this may have been a conscious decision on the part of the actress, director Reed Morano, and Burnell (it makes sense given the character’s mental state), it distances the audience so far that the gulf between viewer and protagonist is difficult to bridge. The movie is as grim as Stephanie’s motivation. Spy action-thrillers are supposed to be fun on some level. This one is too much of a chore to properly entertain.