When one considers the impact Judd Apatow has had on the movie scene over the past decade, it's surprising to realize that Trainwreck is only his fifth feature as a director. This also marks his return to the romantic comedy genre after a two-film break to dabble in dramatic comedies (Funny People, This is 40). As written by the brash, funny, and often vulgar comedienne Amy Schumer, Trainwreck is brash, funny, and often vulgar. Its raunchiness is a perfect match for the man who made The 40-Year-Old Virgin and Knocked Up. It also has a sweetness and sincerity that recalls Cameron Crowe's Jerry Maguire. In fact, the use of a musical cue (Billy Joel's "Uptown Girl") as a romantic gesture is taken out of Crowe's playbook ("In Your Eyes", Say Anything).

In recent years, the adult romantic comedy has come upon hard times after once being among the most reliably popular movie genres. Trainwreck represents the first successful one of 2015. The film gleefully embraces both its romantic and comedic elements. In fact, it's more amusing than most productions that fall under this umbrella and the love story aspect hits the right notes while avoiding the sour ones. (We are not, for example, subjected to any "romantic complications" that arise from a third-act emergence of an ex-lover whose sole purpose is to keep the protagonists apart until the happy ending.) 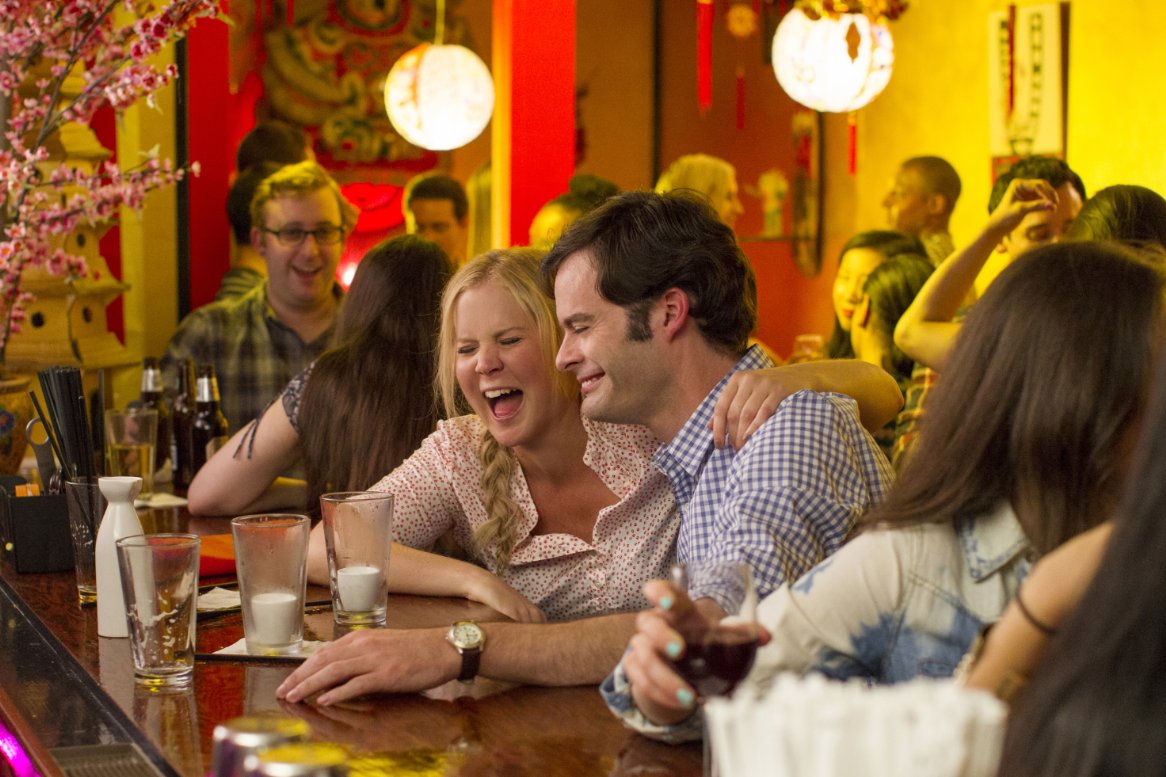 Schumer's screenplay, which includes some autobiographical details but is not strictly autobiographical, adds a twist to a traditional trope: the romance between a commitment-phobic individual who never spends the night and someone who's looking for love and not afraid to admit it.  It's When Harry Met Sally except in this case, "Sally" is a man and "Harry" is a woman. To that end, Schumer takes on the role of Amy, whose sexual traits are those movies (and society?) typically associates with men. Bill Hader's Aaron, on the other hand, is the more insecure and serious partner. He recognizes the nature of their feelings before she does and when he voices them, she freaks out.

Although Trainwreck is primarily about how Amy and Aaron meet (she's a magazine reporter doing a feature on him, a rising doctor in sports medicine), it illuminates other aspects of Amy's life. She has a fractious relationship with her conventional sister, Kim (Brie Larson).  She also has a deep bond with her dying father (Colin Quinn), whose advice of "Monogamy isn't realistic" has become her life's slogan. 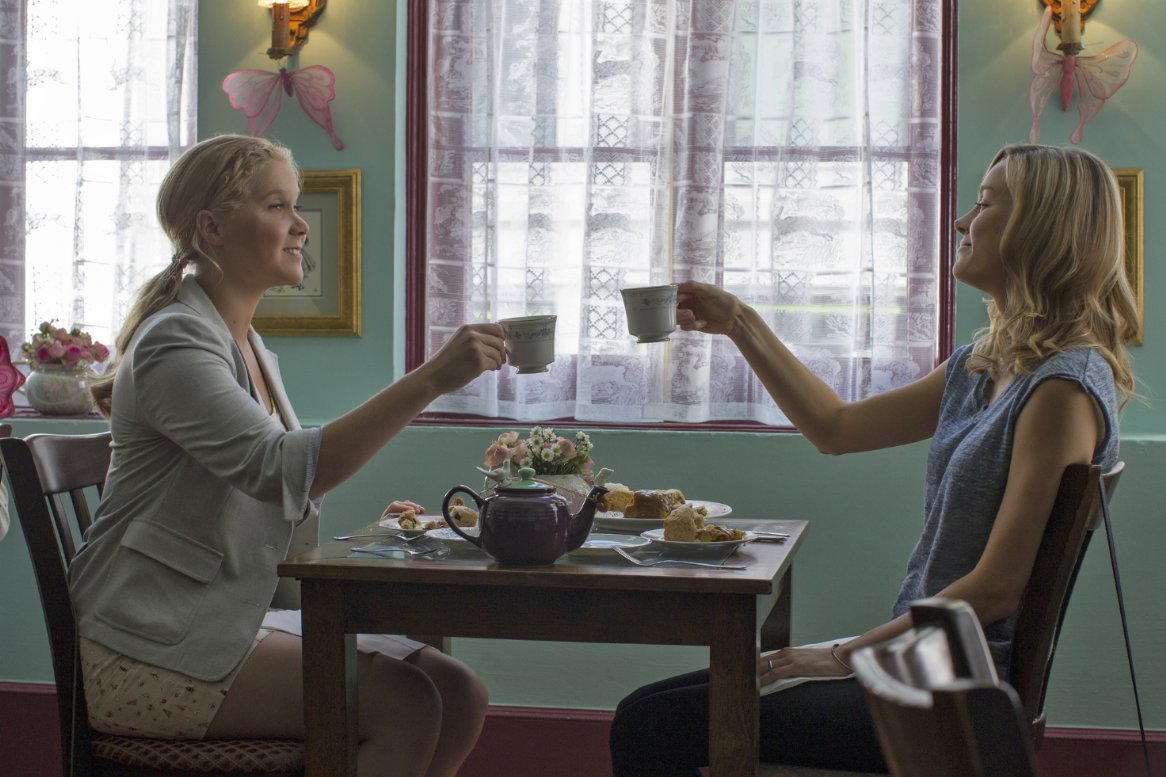 This is Apatow's first New York film but his approach isn't a Woody Allen love letter. He gives the metropolis its due with skyline and street shots but the majority of the action could take place in any big city. Apatow is more interested in the characters than the setting. His star is Schumer, who is as funny and charismatic on the big screen as she is on the small one - she radiates self-confidence while being self-deprecating, but there's an unexpected wellspring of vulnerability under everything.  This quality makes Amy endearing. Bill Hader continues his evolution as an actor who is equally comfortable and capable in both funny and serious roles. Eventually maybe the Academy will stop overlooking him. 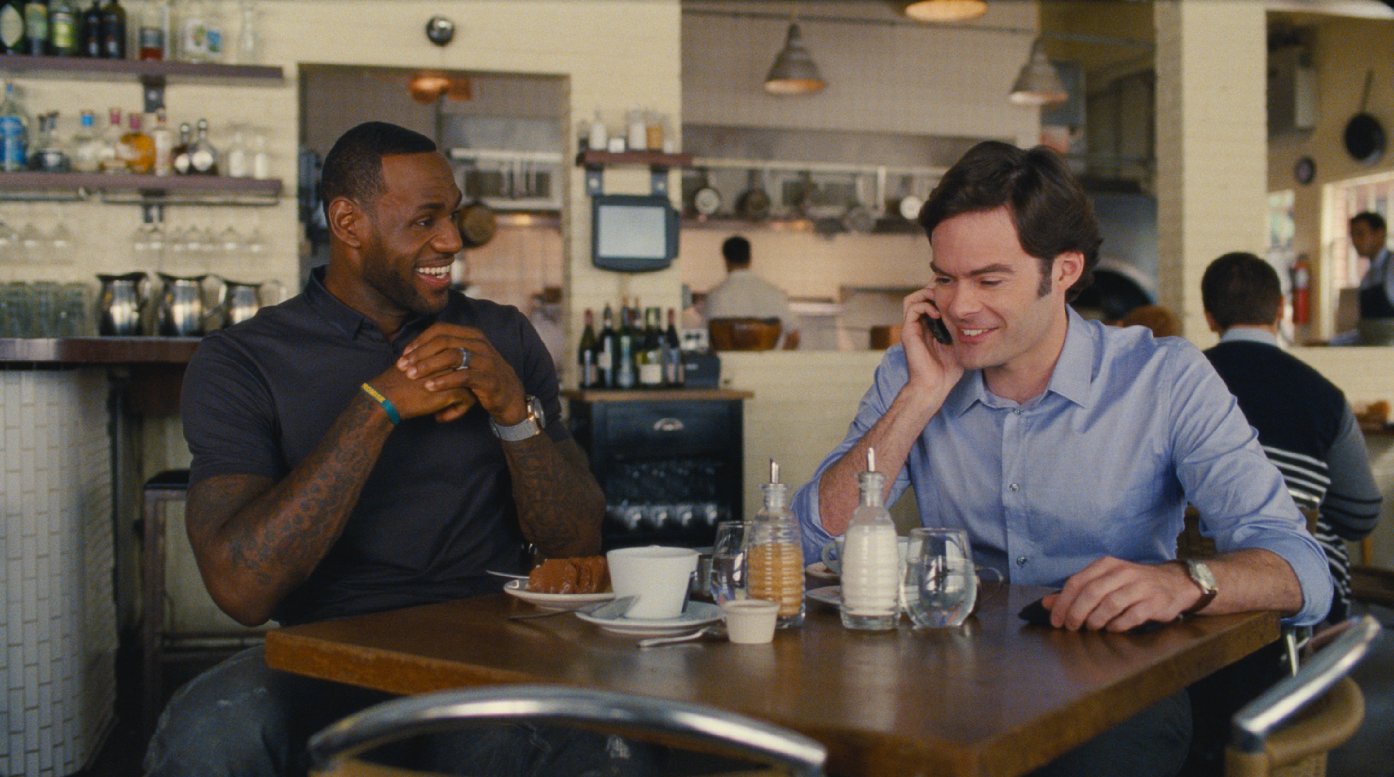 Trainwreck features a few notable supporting performances. LeBron James plays an exaggerated version of himself: erudite, penny-pinching, and egotistical, he waxes poetic about Cleveland and stages an intervention (featuring Marv Albert doing play-by-play for Chris Evert and Matthew Broderick - you have to see it to understand it). I'm not prepared to say that James is a good actor, but his performance isn't awkward. As stunt casting goes, it's not unlike what Mike Tyson contributed to The Hangover (although James has more screen time than Tyson did). Daniel Radcliffe and Marisa Tomei have small roles in a film-within-the-film. Tilda Swinton is at her most outrageous as Amy's editor. And musclebound John Cena is cast against type as a sensitive guy who needs to be coached about how to talk dirty during sex.

Trainwreck is a delight for many reasons, not the least of which is that the pairing of Schumer and Hader works. Amy and Aaron aren't paper characters going through the pre-determined motions of a formula-driven script. By taking the time to flesh them out as real people with relatable problems, Apatow involves us in their story. He also accomplishes a rare feat: making a two-hour comedy that loses neither its humor nor its appeal over its running length. Trainwreck is anything but what the title would imply.