Spoilers follow, although those who have read the book won’t be bothered by them.

Although The Girl on the Train is a serviceable thriller, it’s hard not to see it as something of a disappointment. As a B-movie whodunnit designed for fast consumption by popcorn munching crowds of inattentive viewers, it’s solidly entertaining. But as a complex, Hitchcockian (as in the obvious inspiration, Rear Window) thriller, it misses by a wide margin. It’s not that Paula Hawkins’ bestselling novel is impossible to adapt (although its structure presents challenges) but that the screen version, scripted by Erin Cressida Wilson and directed by Tate Taylor, fails. The medium of film is partly at fault, with the dreaded Law of Conservation of Characters spoiling a twist or two. Then there’s the issue of the Unreliable Narrator which is handled so poorly that it drains away too much of the suspense. The movie is often confused about whether it’s presenting things from the protagonist’s perspective or from a more neutral, omniscient point-of-view. And that doesn’t even take into account the constant flashing back and forward in time. The Girl on the Train is a mess - a deliciously prurient mess but a mess nonetheless. 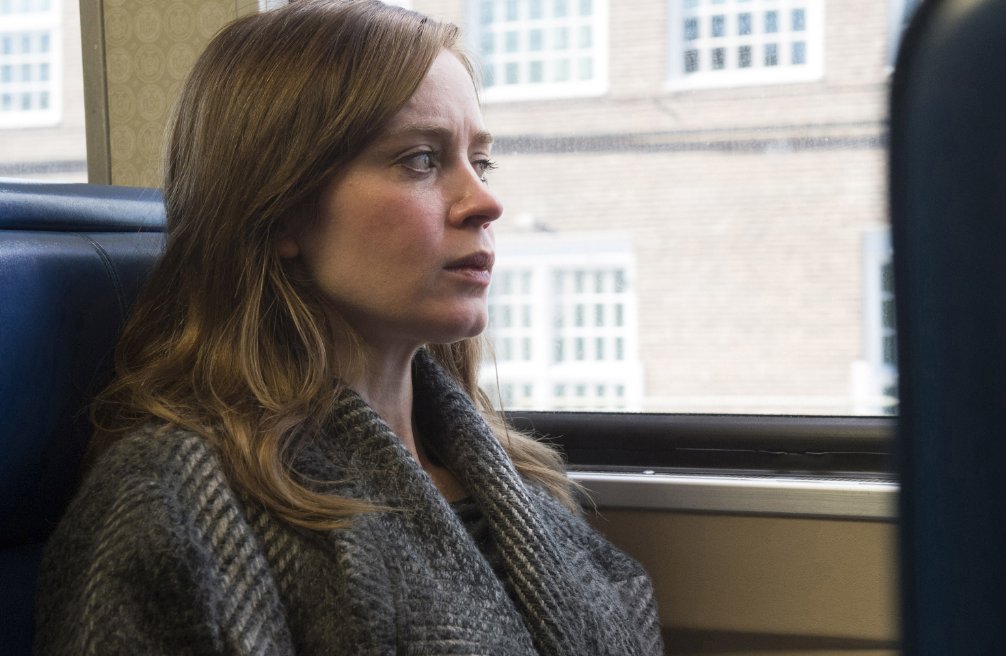 The Girl on the Train wants to inhabit the same rarified air as Gone Girl but it never achieves the twists of character or perspective that David Fincher brought to the 2014 film. In a way, that’s a shame because The Girl on the Train seems ripe for a Rashomon inflection but it never has us questioning events in interesting ways. It’s immediately apparent that some scenes - those depicting events as seen by a woman in the throes of a drunken stupor - are likely not “real” and that later, altered “re-runs” of those moments represent The Truth. It would have been more engaging had we been kept unsure until the very end. There’s no “Wow!” or “I didn’t that coming!” In actuality, everything is presented in such a manner that the twists are unsurprising and the revelations reflect confirmations of our suspicions.

Unraveling the convoluted chronology, we are introduced to Rachel (Emily Blunt), our narrator and the titular character, who spends long stretches of each weekday riding the train back and forth into New York City. Along the way, there’s a particular house she looks for. Living there is her vision of the ideal couple: pretty, blond Megan (Haley Bennett) and her husband, Scott (Luke Evans). Every time she sees them, they seem so much in love. She overlays her fantasies and hopes on these two, whom she has never met, and feels betrayed when she glimpses Megan sharing a kiss with her psychologist, Dr. Abdic (Edgar Ramirez). We learn that Rachel once lived only a couple of houses away from Megan and Scott. That was before alcoholism claimed her marriage. Now, her ex-husband, Tom (Justin Theroux), lives there with his new wife, Anna (Rebecca Ferguson). Things become complicated for Rachel when Megan disappears under mysterious circumstances on the night when Rachel decides to confront Megan about her possible infidelity. And, due to a booze-induced blackout, Rachel has no memory of what happened during that encounter. 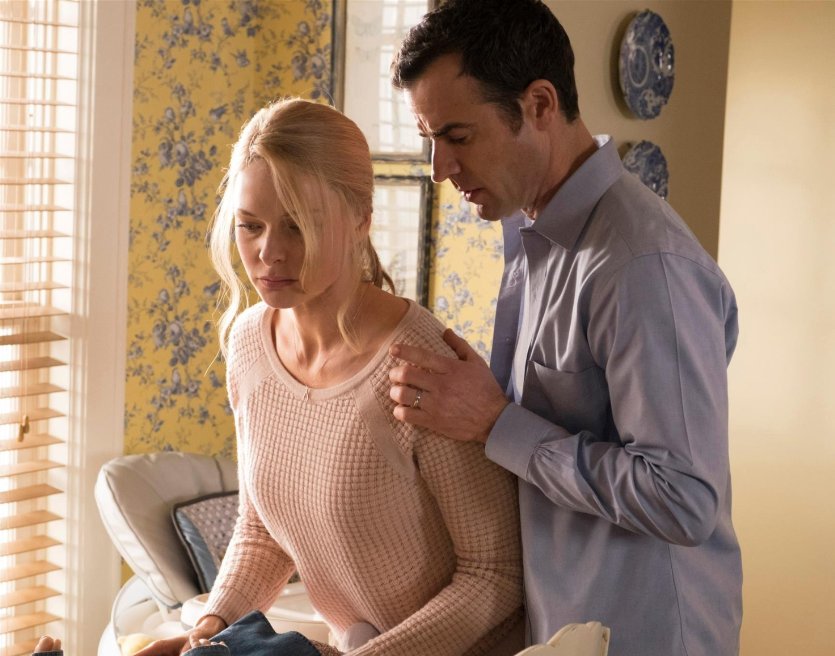 The Girl on the Train is never boring although, with all the jockeying back and forth across a six-month period, it can cause whiplash. It titillates in the way that exploitative thrillers titillate. It has a Basic Instinct vibe (although Tate Taylor lacks Paul Verhoeven’s talent for pushing envelopes and wallowing in the salacious). Unfortunately, the movie’s underlying themes about perception versus reality are undercooked. The story goes to great pains to contrast Rachel’s vision of Megan and Scott’s life with the reality but this is quickly discarded in favor of traditional thriller tropes. So much for the Rear Window comparisons… Likewise, we never have to “decode” Rachel’s drunken memories because the movie helpfully provides us with the unexpurgated versions.

Emily Blunt’s performance is strong and sympathetic and runs the gamut from tortured, manipulated victim to scheming lunatic. It’s the best thing about the movie (although Blunt’s work here falls short of her portrayal of the unstable character in My Summer of Love). The rest of the cast falls into predictable stereotypes including Justin Theroux as the controlling ex-husband, Rebecca Ferguson as the self-absorbed new wife, and Haley Bennett as the femme fatale who gets in over her head without realizing it.

To the extent that it’s designed as shallow, disposable entertainment, The Girl on the Train hits the target. It’s compulsively watchable and we feel for the protagonist as the full tragedy of her life’s story becomes evident. On the other hand, the movie falls short of what many fans had expected due in large part to curious choices made by screenwriter Wilson (who bungled Chloe, the English-language re-interpretation of Nathalie) and director Taylor (who is best known for The Help and doesn’t have a thriller on his resume). The Girl on the Train doesn’t derail but it’s not the smoothest of rides.