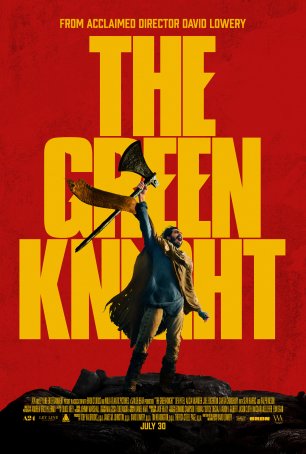 If one was to skim through the vast trove of movies set in and around the mythical reign of King Arthur, it would be difficult to find one like The Green Knight. Based on the anonymous 14th century chivalric romance, David Lowrey’s interpretation isn’t the first time the story has been adapted (there were previous movies in 1973 and 1984 and made-for-TV versions 1991 and 2002) but Lowrey has shed conventional fantasy adventure tropes in exchange for a moody, trippy approach that transforms the well-known Arthurian tale into something offbeat and surprising.

The Green Knight isn’t going to be to everyone’s taste. It demands the viewer’s attention and may require a second viewing (or previous familiarity with the story) to decode some of what happens along the way. Consider the Green Knight’s origins, an old woman’s identity, and some of the interactions between Gawain (Dev Patel) and Lord Bertilak (Joel Edgerton) – none of these things are explicitly explained. They require a little reading between the lines. The ending is ambiguous – what happens after the final frame is open to interpretation. Lowery has deviated from the source text for the climatic confrontation so it’s not as cut-and-dried as it might seem.

The film opens by introducing us to Gawain, the favored nephew of an elderly King Arthur (Sean Harris). Gawain lives with his mother (Sarita Choudhury), a witch, and dallies with the Irish lass Essel (Alicia Vikander). On Christmas Day, Gawain is at court to view the arrival of The Green Knight (Ralph Ineson), a giant who offers a challenge: anyone who can wound him in combat can have the use of his great ax for a year. There’s a catch, though: at the end of the year, the victor must return the ax to The Green Knight at The Green Chapel and submit to receiving a replica of the blow he delivered to win the weapon. Gawain accepts the challenge and, using a borrowed Excalibur, beheads The Green Knight, who picks up his severed head, leaves the ax for Gawain, and issues a reminder: “I’ll see you in a year’s time.” The year passes quickly and, as Christmas approaches, Gawain sets off on a journey that could end with his death. 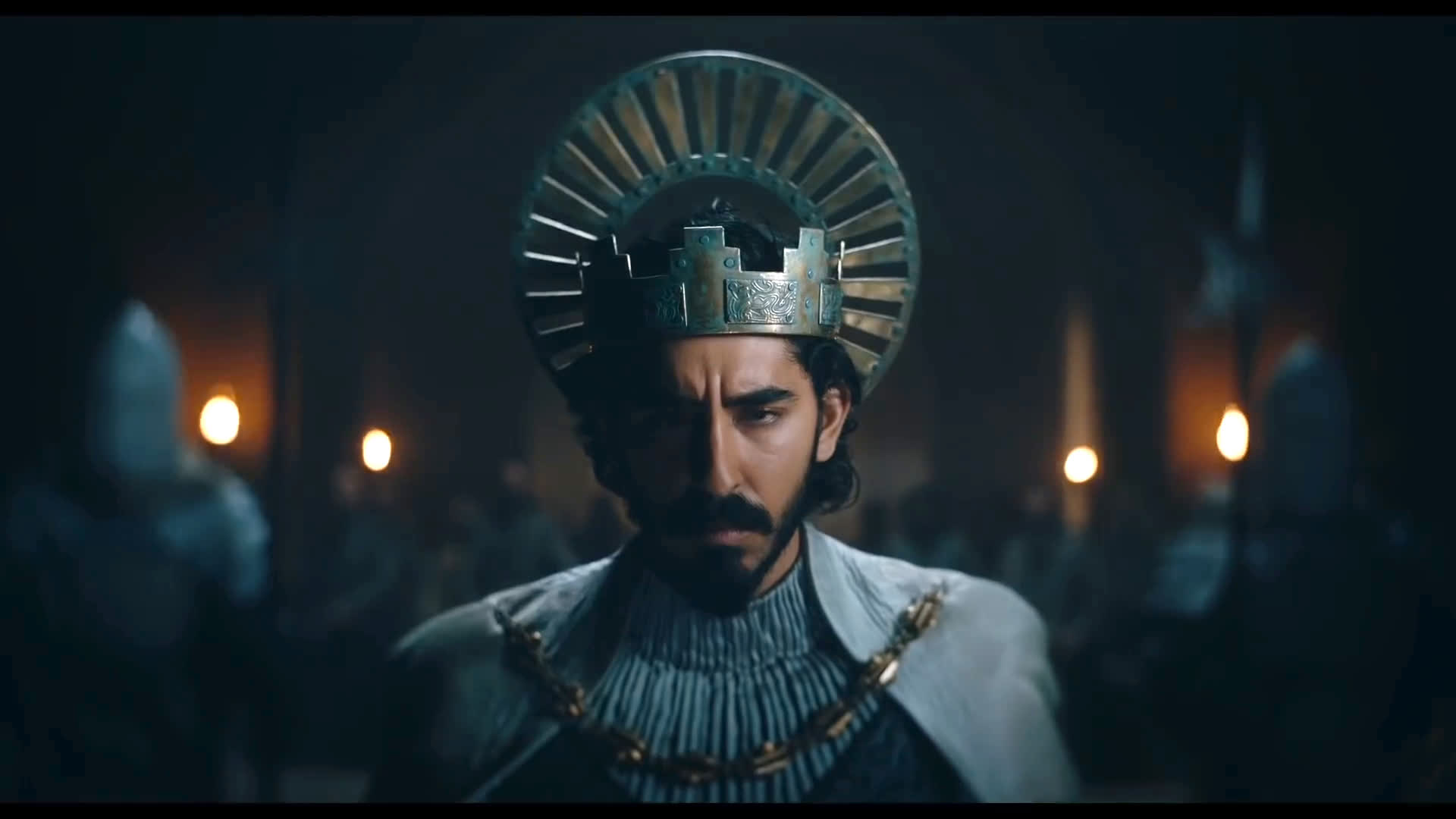 The Green Knight plays like a medieval road movie. Gawain’s journey is episodic – something explicitly recognized by the screenplay, which provides titles for each new chapter (“The Christmas Game”, “A Kindness”, “Interlude”, etc.). It’s open to interpretation how many of his encounters are real. Lowery interweaves reality with fantasy while throwing in the occasional dream, delusion, and/or hallucination. Half of what happens to Gawain may be playing out in his imagination. The film also answers a question about the road not taken.

The narrative is anything but watertight and thinking viewers will immediately recognize some sizeable plot holes. (The biggest, and most obvious, is why Gawain beheads The Green King when a less fatal wound would have achieved the same victory.) It’s somewhat unfair to blame Lowery’s screenplay for many of these instances since they are present in the source material. The director does what he can by crafting an almost overpowering tone and atmosphere to dilute any plot-related hiccups. They’re still easily identified, but they don’t distract as forcefully as they might in a more traditional format.

Dev Patel, unconventional though his casting may be, is one of the movie’s strengths. His Gawain is conflicted between honor and survival. He wants nothing more than to fulfill his duties and become a knight but temptations litter the path before him. The central theme of the source poem relates to Gawain’s struggle to adhere to the code of chivalry, and that remains intact here. Oscar-winning Alicia Vikander is underused despite having a dual role. Oddly for an Arthurian story, this one presents the king and his queen as aged and infirm. To this end, Sean Harris and Kate Dickie are effective choices although history is unlikely to remember them. (Neither the movie nor the credits explicitly refer to them as Arthur and Guinevere, thereby making it clear the focus is on Gawain, not any of the other figures who stand tall in Camelot’s lore.)

The Green Knight is not mainstream fantasy. It is assembled with the care of an arthouse feature, focusing on intangibles. The score features many choral arrangements and the camera is attracted to trees and shadows. The film is dark, with nary a shot in bright daylight. Many scenes occur in darkness illuminated only by a few candles and outdoor shots are often at night, under a sun-obscuring canopy of trees, or shrouded in fog. There are numerous long pans – one memorable one moves time ahead into the future as it slowly circumscribes a circle. Lowery is more interested in Gawain’s internal struggles than the ones he engages in with an ax or blade. There’s little in the way of swordplay (unless you count scenes featuring a puppet show).

The movie’s strength lies in its uniqueness. It would have been easy to provide a straightforward, “Lord of the Rings”-style telling of the story but Lowery has shown the courage of his convictions and gone in a direction that may struggle to find love at the box office. Once in a while, however, the fantasy genre needs something off-kilter like this to stave off staleness. The Green Knight has its share of flaws but there’s a freshness to Lowery’s approach that demands to be noticed.