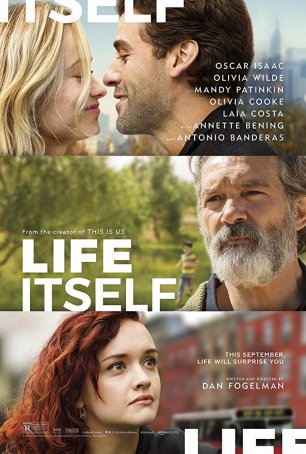 Life Itself starts out with great promise – a dizzying first act that creates the tapestry of a character’s life by offering a kaleidoscope of moments from his past. It’s poignant, effective, and punctuated by actions that are breathtakingly sudden and unexpected. However, after the strong beginning, the movie takes a conventional turn. The result, although not exactly disappointing, doesn’t live up to the expectations established during the first half-hour. The ending, which includes a patronizing sermon provided by the movie’s narrator, feels rushed. There’s also a sense of anticlimax – just as we get to the encounter we have been expecting for most of the movie, the story ends.

The film is broken into four chapters – the first two focus on one group of characters and the second two on another set, although there are intersections when appropriate. There’s also a delicious prologue that, fueled by a love of Tarantino and Pulp Fiction, features a Samuel L. Jackson voiceover for a scene featuring Annette Bening and Oscar Isaac. (The latter two actors play characters in the main narrative.) It’s a riveting way to jump-start things and it dovetails nicely with the overall story, which introduces a man, Will (Isaac), having a session with his therapist, Dr. Morris (Bening). Recently released from an institution, Will is trying to cope with the sudden departure of his wife, Abby (Olivia Wilde). We see clips of the two at various stages during their relationship, and they always appear happy. That’s when the movie hints at the possibility of an “unreliable narrator.” Certain scenes are replayed but the tone has changed. Tension replaces playfulness. We’re left to wonder… 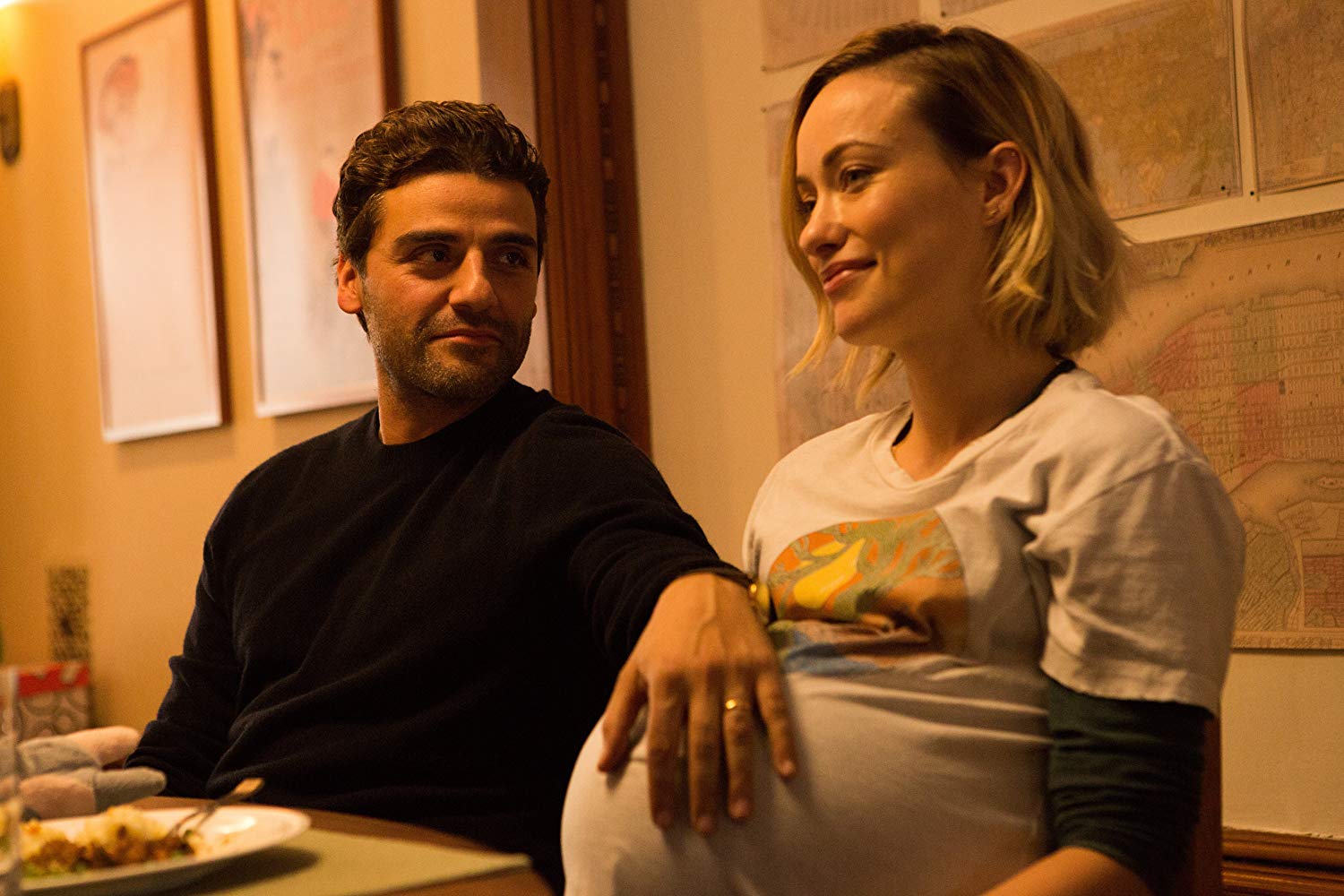 Because of the way Life Itself is structured, it would be unfair to say more about the story. The movie’s effectiveness relies on the viewer progressing through the lives of characters without explicit knowledge of what happens next or how all the pieces fit together. The concept of the unreliable narrator, however, which is a foundation of the first act, evaporates as things progress. Although it defines the title (“Life itself is the ultimate unreliable narrator”), the screenplay loses interest in the Rashomon approach past the 40-minute mark.

The tone adopted by writer/director Dan Fogelman (Danny Collins) is one of darkness with occasional peeks of light and humor. One character, as a young child, witnessed the decapitation of a father. Another endures a series of painful deaths. There’s the story of a boy who watches as his mother is belittled and diminished by his abusive father. There are infidelity, madness, and peanut butter & jelly sandwiches. 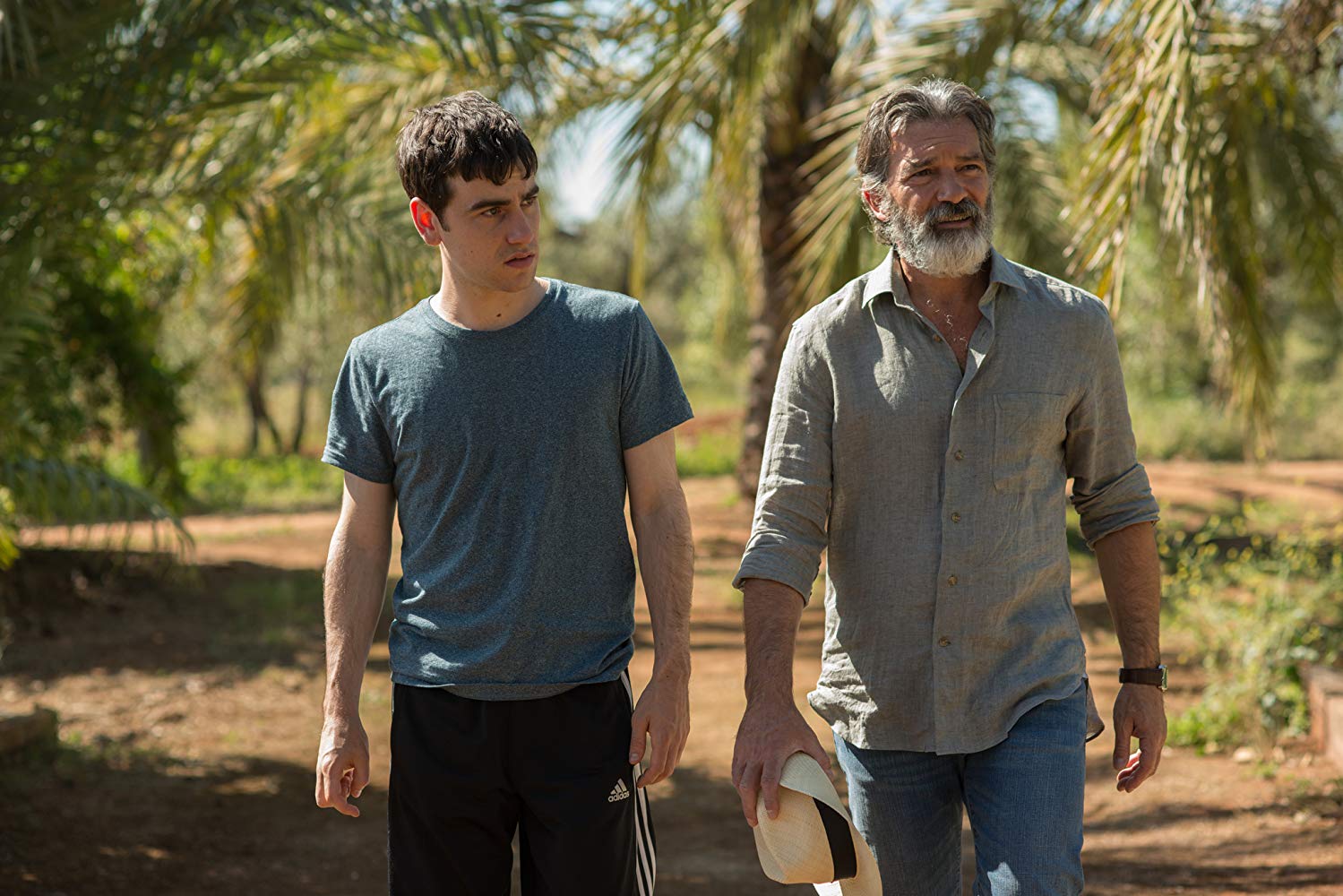 For the most part, Life Itself succeeds on an emotional level, which is as much a testimony to a series of strong performances as to Fogelman’s screenplay. The filmmaker has assembled an impressive cast: Jackson (in what amounts to a cameo), Bening, Isaac, Wilde, Mandy Patinkin, Jean Smart, Olivia Cooke, and Antonio Banderas (among others). The standouts are Isaac, Cooke, Banderas, and (appearing later in the film in segments set in Spain) Laia Costa and Alex Monner. The actors imbue their characters with a humanity that transcends the storyline’s occasional contrivances. We become involved in their lives and feel deeply whenever the encroaching darkness sneaks up to touch them.

Fogelman didn’t set out to craft a downer of a movie and, although the numerous “happy” flashbacks have a double edge (sometimes, in the midst of grief, it can be painful to remember the most intense moments of joy), they lighten some of the burden. The ending is hopeful, although the wordiness of the final scene feels over-the-top. It’s as if Fogelman, perhaps unsure the movie conveys his point, opts to be explicit. The movie works better without any narration (excepting the jokey Samuel L. Jackson material at the outset); it’s unnecessary and distracting. Overall, however, I appreciated the care with which the characters are developed and the respect accorded to their circumstances. There are a lot of nice little touches (the homages to Pulp Fiction and the decision to subtitle the portion of the film set in Spain) and, although the movie’s strength occurs early in the proceedings, it tells a story worth being told.

(Note: This is the second movie with this name to be released in the last few years. The other Life Itself was a 2014 documentary biography of film critic Roger Ebert. The two productions have nothing in common except the title.)