If you take away Albert Nobbs' twist, all that's left is a project that would have been at home on Masterpiece Theater during its heyday. It's the "downstairs" portion of Upstairs, Downstairs - a tale of servants and service during the twilight of ...

While there will always be a debate about the authenticity of Michael Moore's documentary techniques, there's no arguing that Bowling for Columbine succeeds equally well as a provocative essay on gun violence in America and an opportunity for the w...

Despite the stewardship of director Stephen Frears and the participation of Bruce Willis, Rebecca Hall, Vince Vaughn, and Catherine Zeta-Jones, Lay the Favorite, a would-be breezy comedy set in the world of grifters and gamblers, is as forgettable ... 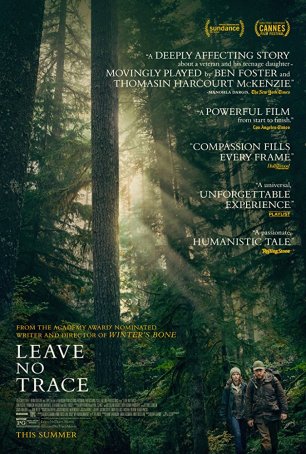 Leave No Trace is one of the most moving motion pictures thus far of 2018 and it achieves its power without resorting to the overt manipulation favored by many movies. An atypical coming-of-age story, the film examines the relationship between...

Winter's Bone offers a case study in the essential philosophical differences between independent motion picture thrillers and Hollywood/mainstream ones. The third feature from director Debra Granik and winner of two awards at the 2010 Sundance Fil...