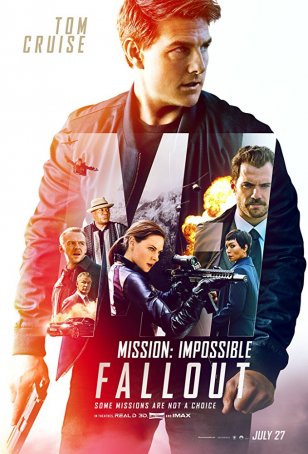 Reliability. Of all the qualities one could ascribe to the Mission: Impossible movies, that one is the most cogent. This has especially been true since writer/director Christopher McQuarrie (who seems to be Tom Cruise’s personal screenwriter) took over for the last two films. Combined together, Rogue Nation and Fallout represent the best the series has had to offer, with the latter building on plot threads introduced in the former. This latest movie, the sixth in the series, offers everything its predecessors have done, except amped up to almost Fast and Furious levels. It’s a strong, engaging spy thriller with plenty of action and a convoluted storyline. Like most refrigerator movies, the holes become apparent upon reflection but the pacing is so relentless that they don’t interfere while in the theater. Although perhaps a little too long and not as tightly plotted as Rogue Nation, Fallout offers everything a viewer could reasonably expect from a Mission: Impossible production. It’s reliable. 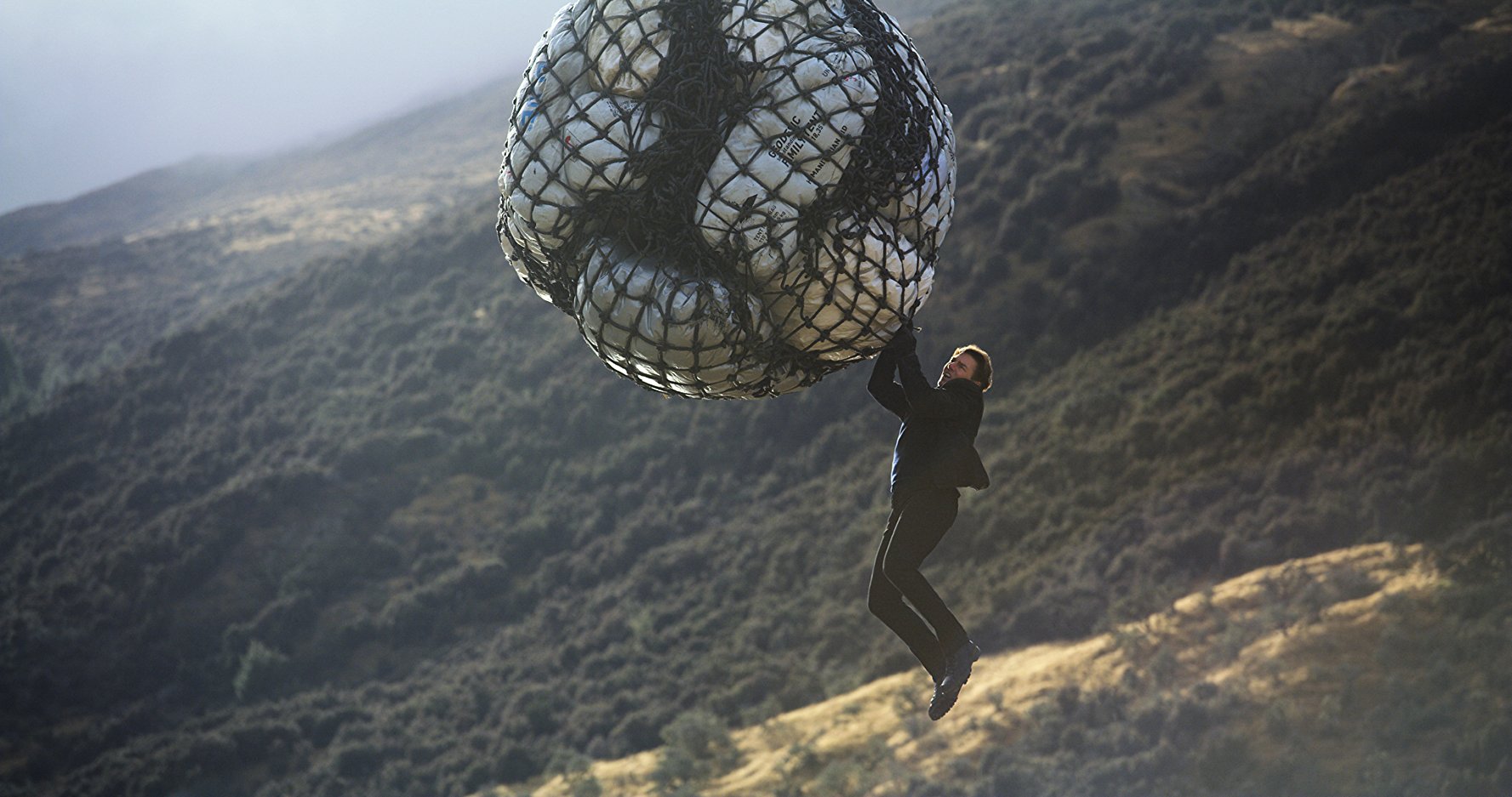 McQuarrie has brought a slightly more Bond-influenced flavor to Mission: Impossible, giving Cruise his own version of 007, albeit without the bevvy of gorgeous women. There are however, oodles of gadgets, an “M” figure of sorts (played by Alec Baldwin), and a Blofeld-inspired bad guy, the inscrutable and devious Solomon Lane (Sean Harris). The series continues to retain certain elements of its TV forebear, including the iconic theme music and the tape-recorded mission message. (“Your mission, should you choose to accept it…”)  Many familiar faces have returned as well. Despite hinting that he might retire after the fourth movie, Cruise hasn’t yet bowed out, coming back for his sixth outing as Ethan Hunt. Joining him once again are Simon Pegg as Benji Dunn and Ving Rhames as Luther Stickell. Rebecca Ferguson’s Ilsa moves closer to earning the label of a “genuine love interest.” To this end, Michelle Monaghan makes a return as Julia to provide Ethan with closure where she’s concerned. Newcomers include Angela Bassett as Erica Sloan, the CIA director (not entirely unlike the role she played in Olympus Has Fallen and its sequel); Vanessa Kirby as “White Widow;” and Henry Cavill as the chief antagonist, Sloan’s “fixer” August Walker. You’d never guess he moonlights as Superman. (In the missing-in-action category, Jeremy Renner, who played Brant in Rogue Nation and Brad Bird’s Ghost Protocol, is never mentioned.) This movie’s Macguffin is a suitcase containing three globes of plutonium that Ethan loses early in the proceedings when faced with the decision to either save one of his friends or protect the nuclear material. According to director Hunley (Baldwin), he chooses wisely. Sloan, however, doesn’t agree and sends Walker on Ethan’s next mission to ensure that the job gets done. The plutonium is wanted by The Apostles, who are the remnants of The Syndicate, which was effectively dismantled at the end of Rogue Nation. Ethan finds a “broker” named White Widow who is willing to obtain the plutonium for a price: captured Syndicate mastermind Lane, who is currently in custody. Ethan has to arrange his escape without killing too many people. Things get complicated, of course, because Ilsa has been recruited by MI6 to kill Lane in order to regain her standing with Britain’s spy agency. This brings her back into contact with Ethan and Lane.

McQuarrie’s vision of the Mission: Impossible movies is that, in addition to the heavy Bond influence, they should include over-the-top action sequences reminiscent of the Fast/Furious films and cat-and-mouse caper movie elements that provide surprise twists. Fallout does a good job of melding the heavy lifting of narrative exposition with at least a half-dozen high-octane action scenes, one of which features a lengthy rooftop chase and another that’s focused on a helicopter showdown. There are also the obligatory shoot-outs, fist fights, and car chases. The romance is understated, not even featuring a kiss, but there’s palpable chemistry between Cruise and Ferguson. One minor problem with the film is its nearly 2.5-hour length. For a movie that delights in draining its audience, the epic length can be exhausting. There a sense that certain scenes could have been shortened and some things could have been tightened up a little. This is by far the longest of the Mission: Impossible movies, with the previous installments tracking between 120 and 132 minutes (except the first, which ran 110 minutes). Cut 15-20 minutes off the length of Fallout and it might have been the best entry of the series. As it is, it’s not far off the mark.

Like Bond, Mission: Impossible proves that this kind of adrenaline-fueled spy thriller isn’t dead – it just needs a strong leading man and an accomplished director to bring it to the screen with the power and profile necessary to gain audience investment. Whether Fallout will bring the series to new box office heights remains to be seen but it delivers as expected and there’s no reason why there shouldn’t be more installments. Cruise isn’t yet too old to credibly play Ethan (although he may want to cut back on doing his own stunts) and there are additional stories to tell. Having weathered the choppy waters of its early sequels, Mission: Impossible has hit a groove and if the fallout from this latest movie is another one, I don’t think many people will complain.