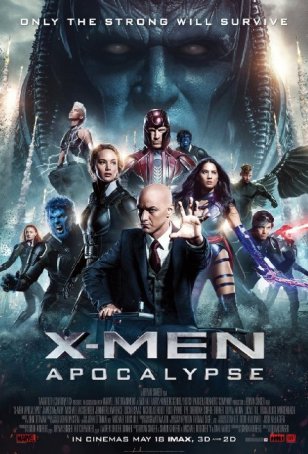 If there’s an obstacle to the potential box office success of X-Men: Apocalypse, it’s the growing sense of superhero movie fatigue. Counting Deadpool, this is the fourth superhero movie to reach screens in the last three-plus months. With the market saturated like that, it’s not hard to envision a scenario in which non-fans don’t bother. After all, there are only so many times one can watch massive battle scenes and cutting edge special effects without experiencing twinges of boredom.  X-Men: Apocalypse is a competently made superhero action film but it’s not a game-changer and its brand of action seems a little too familiar. The ending in particular has a “been there, done that” feel.

Superhero movies are struggling to up their game. We’ve gone from single-hero adventures to multi-hero teams to…what? It now appears that the next frontier is to pit the good guys against nearly omnipotent adversaries. While this allows for a greater spectacle, it’s a narrative dead-end. It’s almost impossible to pit any group against a godlike entity and not have the resolution feel like a contrived cheat. It doesn’t matter whether the villain is Galactus, Thanos, Darkseid, or Apocalypse. The Ultimate Nullifier might have worked in a comic book in 1966 but it would never work (at least as initially conceived) in a 2016 movie. The problem remains: how to credibly defeat a being of almost limitless power. It’s a riddle X-Men: Apocalypse isn’t fully able to solve. 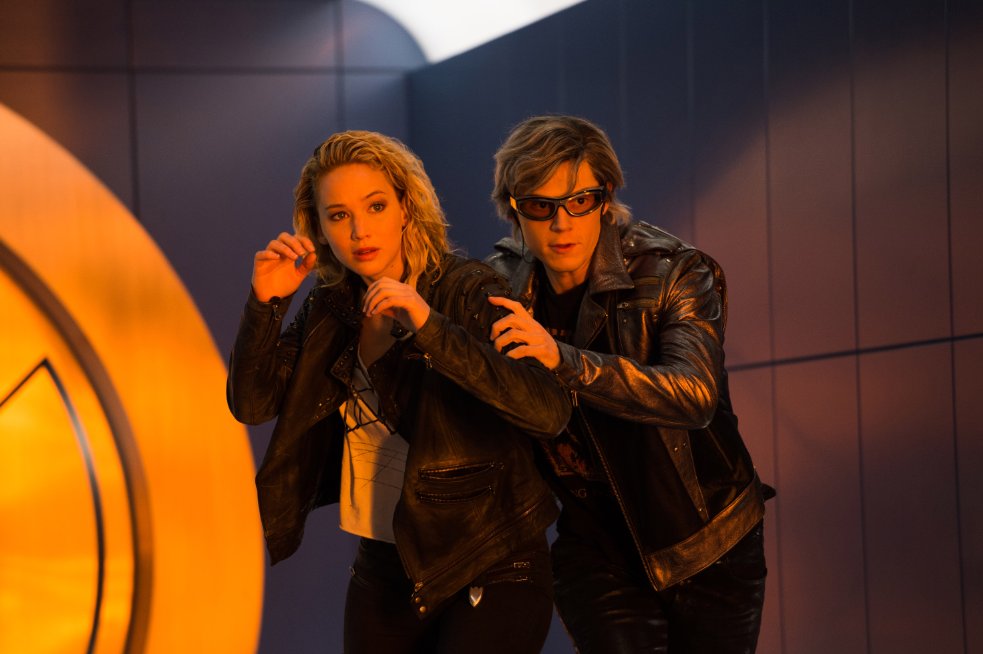 When it comes to superhero movies, the X-Men are near the bottom of the A-list. This is partially the result of inconsistent filmmaking and partially because of Fox’s inability to keep up with changing trends. If the Avengers represent the gold standard, the X-Men, despite being the silver screen’s first comic book-to-movie team, are playing catch-up. And, because Hugh Jackman’s Wolverine is without question the most popular of the X-Men, director Bryan Singer finds a way to shoehorn him into Apocalypse. There’s no purpose for him to be there. Yes, his scene (and it’s really little more than an extended cameo) is cool but it’s as much a marketing ploy as having Wonder Woman in Batman v. Superman or Spider-Man in Captain America: Civil War.

Concerns aside, it’s a fun movie. The first two-thirds are well-done with the backstory of Magneto (Michael Fassbender) post- Days of Future Past adding a layer of poignancy to proceedings. The conflicted character is played like a Shakespearean tragic hero and Fassbender invests himself in this interpretation. Magneto has never been more compelling or complex - and that’s saying a lot since the series has gone to great lengths to make him more than a garden variety megalomaniac. 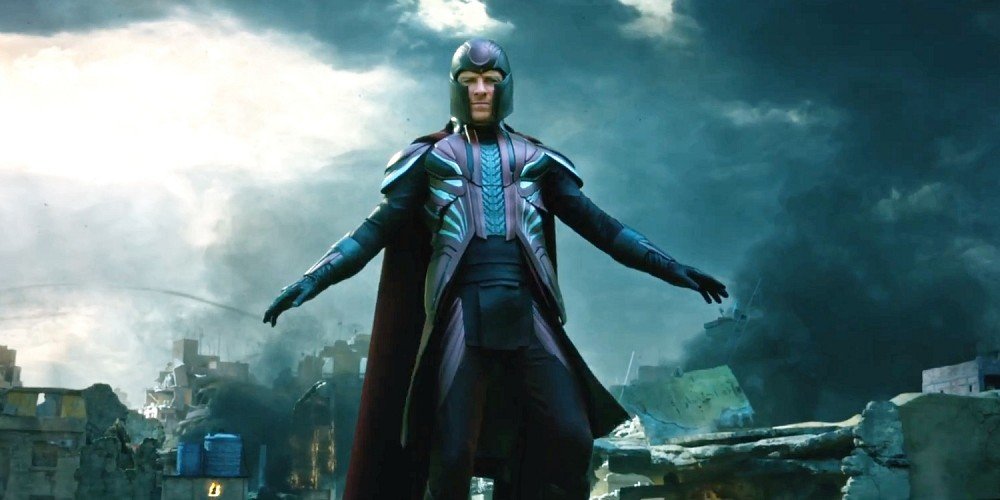 The film begins about a decade after the universe reboot accomplished in the fifth X-Men movie, Days of Future Past. Professor X (James McAvoy) has established his School for Gifted Children as a place where mutants can come to learn to control their abilities in a safe and nurturing environment. New students include Scott Summers (Tye Sheridan) and Jean Grey (Sophie Turner) who (as Cyclops and Phoenix) will become core members of the X-Men team. Meanwhile, in Poland, Magneto’s idyllic life with a wife and young daughter comes to an end when, in moment of careless compassion, he gives himself away. And, in Egypt, CIA agent Moira Mactaggert (Rose Byrne) inadvertently starts a chain reaction that results in the awakening of the first, most dangerous mutant of all: Apocalypse (Oscar Isaac), whose return may mean an end to civilization. 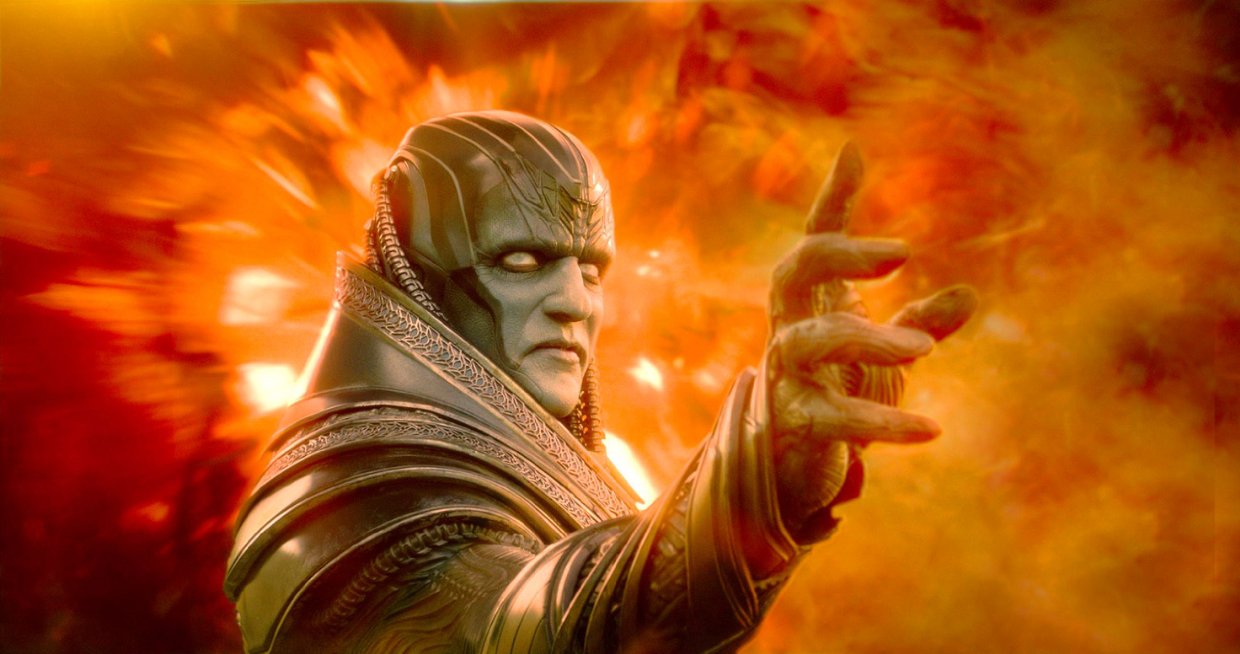 Many of the early action sequences are well-conceived and executed. Of special note is a sequence in which lightning fast-moving Quicksilver (Evan Peters) rescues dozens of people from a burning, crumbling mansion. The mini-battles between various X-Men and the four heralds of Apocalypse - Magneto, Angel (Ben Hardy), Storm (Alexandre Shipp), and Psylocke (Olivia Munn) - are more exciting than the climactic struggle between Professor X and the title villain. The resolution could have been worse but, at best, it can be described as anticlimactic. As indicated above, that’s the problem with pitting mortal characters against a god. It’s tough to engineer an upset without top-notch writing and, as solid as Simon Kinberg’s screenplay is, it’s not on the level where it would need to be to make this a classic superhero tale.

X-Men: Apocalypse introduces many new mutants in an attempt to set up a future that (likely) won’t feature Hugh Jackman or Jennifer Lawrence, the two highest wattage stars of the franchise. Tye Sheridan’s Cyclops is a more relatable, less egotistical version of the character played by James Madsen in the original trilogy. Sophie Turner’s Jean Grey is softer and more sympathetic than Famke Janssen.  Add Nightcrawler (Kodi Smit-McPhee) and Quicksilver and there’s no lack of mutant protagonists. Introducing them all in one movie, however, results in an overload. One of the problems with the recent X-Men trilogy (staring with First Class) is that we seem to be stuck in a never-ending origin story. 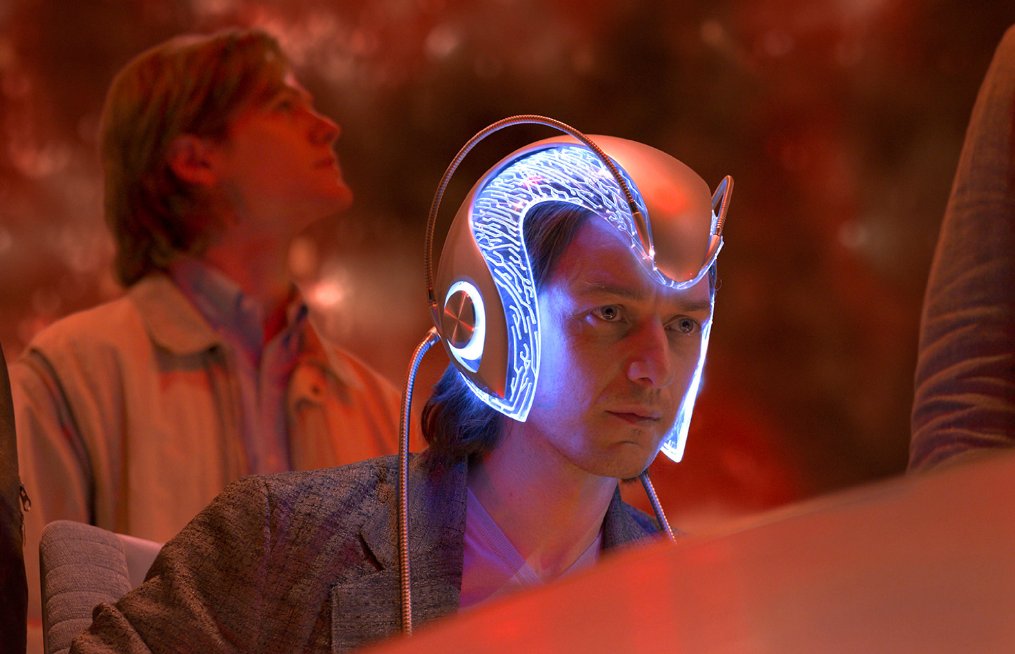 Visually, Apocalypse is a mixed bag. Perhaps the most unimpressive aspect is the Apocalypse costume design. Buried under so much latex that he looks like a toad peering out of the mud, Oscar Isaac isn’t given an opportunity to display the charismatic energy he radiated so forcefully in Ex Machina. The Big Villain often looks more constipated than fearsome. And although the pyrotechnics would make Michael Bay proud, the computer-generated special effects are uneven. Some exhibit flair in both conception and execution while others are unpolished and appear unfinished.

One final note… Past X-Men movies have generally done a good job of depicting the friction resulting from a “superhero class” co-existing with normal human beings. This has been part and parcel of the X-Men series’ DNA from the start, with the government seeking to restrict and persecute, leading to an allegorical aspect. Sadly, even as other franchises (Batman v. Superman, Captain America: Civil War) have started to address this, X-Men: Apocalypse backs away from it. Perhaps it’s because the film is juggling too many other subplots but the uneasy relationship between mutants and humans is addressed in only a few perfunctory scenes. It feels like a step backward from a milieu that was carefully constructed over the previous five features.

As a superhero movie in general and an X-Men movie in particular, Apocalypse delivers everything a viewer could reasonably expect from it. If it disappoints, that’s because, unlike Christopher Nolan’s Batman movies and this year’s Deadpool (which features a couple of X-Men), it fails to transcend the genre. It’s a safe bet for early summer entertainment - a loud, colorful, fast-moving spectacle. It should satisfy fans - both die-hard and casual - but there’s nothing special about this production and many will (rightly) see it as “just another comic book movie.” However, for those who love this brand of wild, escapist fare, that’s a badge to be worn proudly.